Existing investors Beenext, WEH Ventures and Sprout Ventures also participated in the round

Trell will further invest in expanding its community of influencers 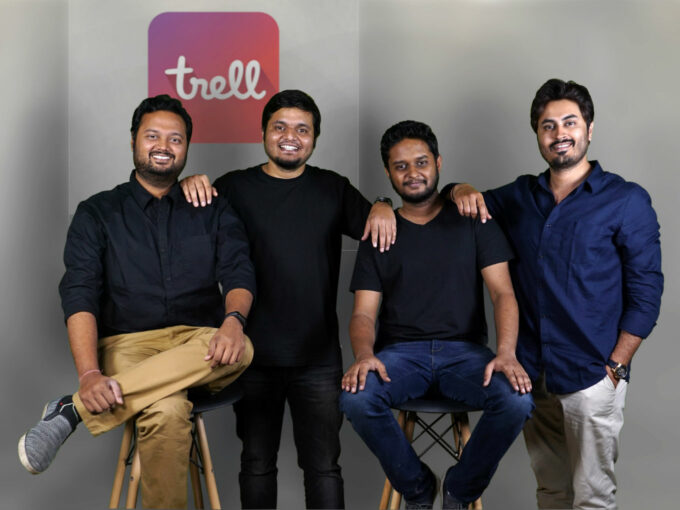 Bengaluru-based video-first product and lifestyle discovery platform Trell on Tuesday (March 3) announced a $4 Mn pre-Series A funding round. The company said that the round has been led by Sequoia Capital India’s Surge, Fozun RZ Capital and KTB Network. Existing investors Beenext, WEH Ventures and Sprout Ventures also participated in the round.

The company will use the funds to strengthen its machine learning and AI efforts for its discovery engine. Trell will further invest in expanding the community and is looking to penetrate deeper into new tier 2 and tier 3 Indian markets by adding 10 regional languages by the end of 2020.

Krishna Vinjamuri, executive director from Fosun RZ Capital, said, “Trell solves for the discovery of lifestyle choices for the next half billion population coming online. It is the largest platform in India growing at 25% month-on-month with strong engagement metrics.”

Bimal Kartheek Rebba, cofounder, Trell, said, “We are focused on building a meaningful supply of content by getting creators on board, grooming them and making them better storytellers. We believe that content creation will become a wide-spread profession as our internet population will scale to a Billion users and get even more hungry for consuming relevant content.”

In the short video app segment, TikTok, with more than 200 Mn users, is clearly dominating the Indian market. However, other apps are also raising funds to give TikTok a run in the country. For instance, short-video sharing app VMate has received $100Mn from Alibaba to increase its foothold in the Indian market. Trell’s model is similar to SimSim, which bagged $16Mn in Series B funding recently.

Invest India projects the Indian media & entertainment industry to touch $34.8 Bn by 2021. It further states that the industry is projected to grow at a CAGR of 14% over the period 2016-2021, outshining the global average of 4.2% Compounded Annual Growth Rate (CAGR), with advertising revenue expected to increase at a CAGR of 15.3% during the same period.