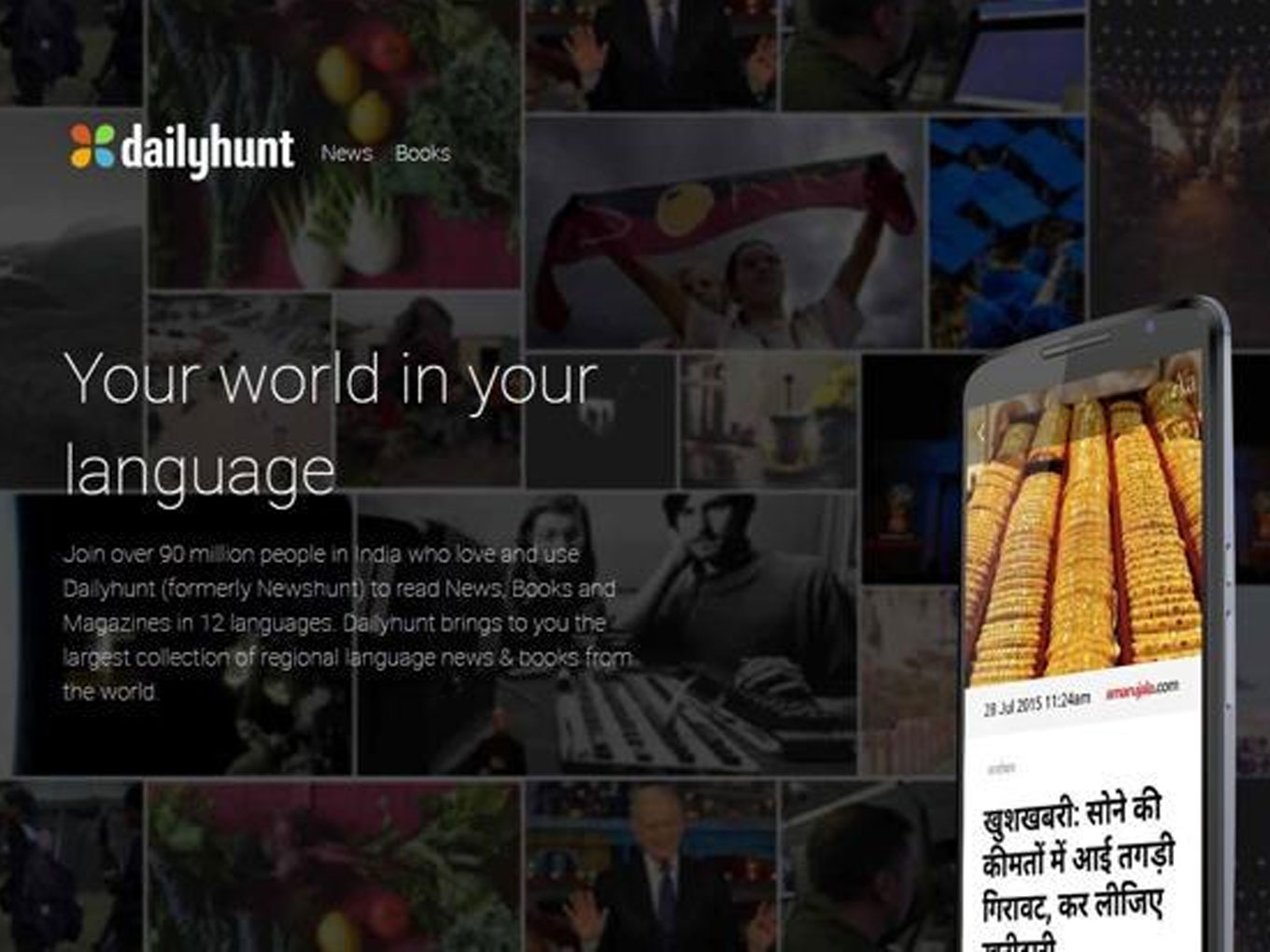 According to a Ministry of Corporate Affairs filings dated December 21, 2018 accessed by Inc42, the company issued:

A paper.vc report added that the investment is a part of a $15 Mn (INR 106.7 Cr) private placement offer that appears to be part of a larger Series E2 funding round. Falcon Edge and Matrix are also expected to participate in this fundraise, the report said.

Launched in 2009 by Nokia employees Umesh Kulkarni and Chandrashekhar Sohoni, NewsHunt was acquired by Verse in 2012. In August 2015 NewsHunt rebranded itself as DailyHunt.

Currently, Dailyhunt has grown into a news and local language content application with over 155 Mn app installs offering 100K news articles in 14 languages licensed from over 800 publication partners every day. The group claims that every month has more than 50 Mn users spend over six billion minutes on the app.

Here’s a look at what is happening with the company in the past year:

Media And Entertainment: The Game Changer

Inc42 in its Annual Tech Startup Funding Report 2018 said that media and entertainment startups raised $726 Mn in 59 funding deals in 2018, which was a 185.27% increase from the previous year.

The report is a testament to the performance of the sector in the year, with several happenings spicing up the space. Vernacular is the new flavour of the town and continues to engaged leading players and newbies alike.

Interestingly, global players like Tencent have been making several bets on social media platforms. We also have Xiaomi which has continued its bet on content aggregators with ShareChat and Samosa Labs.

We also have several Indian startups like Inshorts, PIPES, the GSF backed Newsbytes, Way2News, and The Quint among others.

Going forward, the Inc42 funding report noted that news aggregators in demand such as Inshorts and DailyHunt recorded a combined total of 55 Mn in app downloads. The report further expects the rise of vernacular social networks and news platforms expected as Sharechat and Roposo continue to attract big numbers in funding.