The year 2016 has witnessed over 877 deals with combined amount of $3.9 Bn being invested till October 2016 in the Indian startup ecosystem. The break up of the type of rounds being raised gives some interesting observations. A total of 537 (about 61% of total deals) startups grossed $161.5 Mn in Seed funding in 2016 until October. The year 2015 also witnessed a similar trend – where total deals were 885, of which 510 (58% of total deals) were at the Seed stage.

As per our data, most seed funding ticket sizes are less than $500K. Although it might look like a small amount compared to the $5 Mn or $10 Mn tickets, but, without a complete product, the startup has nothing of value at that moment.

Therefore, the real question is what can be achieved with $500K?

The entrepreneur needs to demonstrate that with that $500K, he can develop a viable and sustainable product. And once the product is complete and functional, valuation will increase multifold and the startup could raise funds of bigger tickets without parting with a sizeable section of the equity.

One of the best examples is that of Facebook, that was contented with $500K seed and went on to become a $364 Bn company in 2016, which literally surpassed the current valuation of GE and Warren Buffet’s Berkshire Hathaway. In June 2004, The Facebook, then a fledgling social network received $500K from Peter Thiel. Friendster, then the big boy in social networks, rumored to have made a $10 Mn bid for the company, but Zuckerberg rejected it. In May 2005 Thiel and Accel Partners invested $12.7 Mn, giving Facebook a $87.5 Mn valuation. Number of active users: 5.5 Mn.

Around $340 Mn has been invested through 1047 deals in Seed funding between 2015-2016 (until October 2016). More than 50% of the deals were less than $0.5 mn in ticket size. Around 1,200 unique investors participated in the Seed rounds, with the majority of them being angels. Healthtech and ecommerce have been the most favored sector for investment followed by SaaS, fintech, edtech and hyperlocal.

The Year-on-Year trend shows although the number of deals has increased by 5.3%, the total funding amount has come down by almost 10% (till Oct 2016). 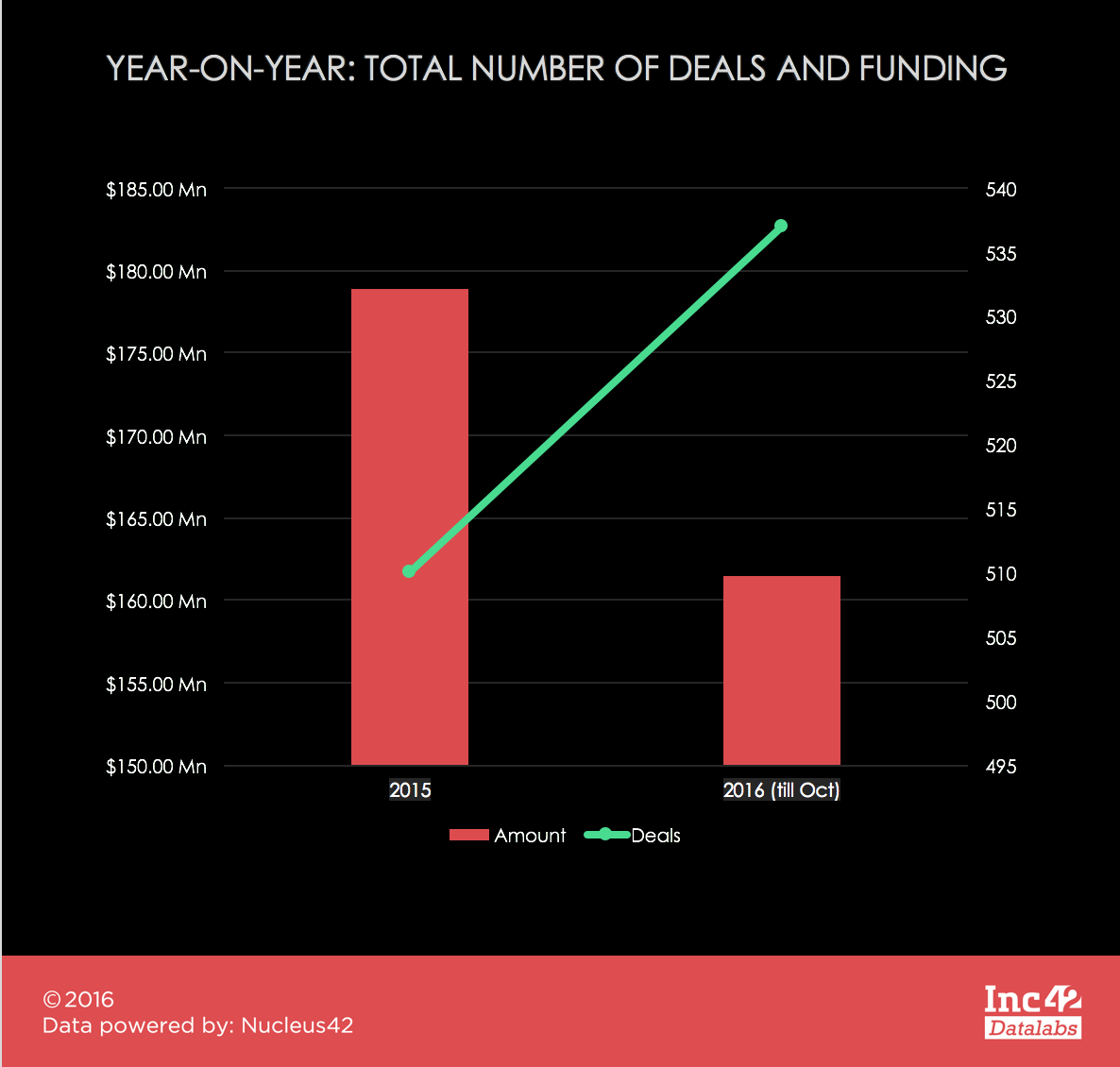 However, a more mico-look into the Month-on-Month trend and we can see there has been little change in the funding amount. The trend has remained almost horizontal. 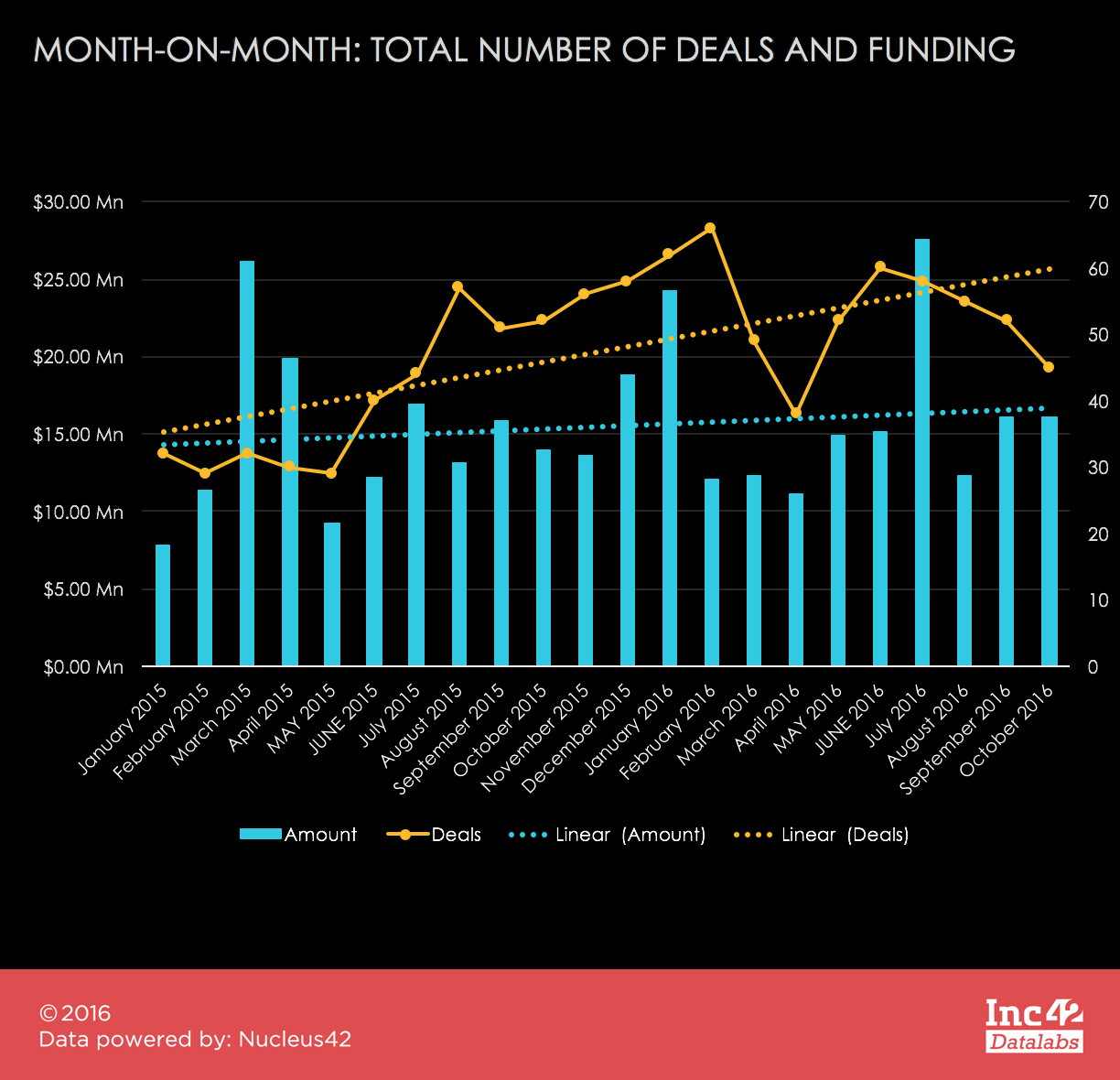 A quarterly forecasting states that we could still expect around 192 deals and $51.2 Mn investment through Seed round for the last quarter of 2016, of which 45 deals worth $16 Mn have occurred in October 2016. 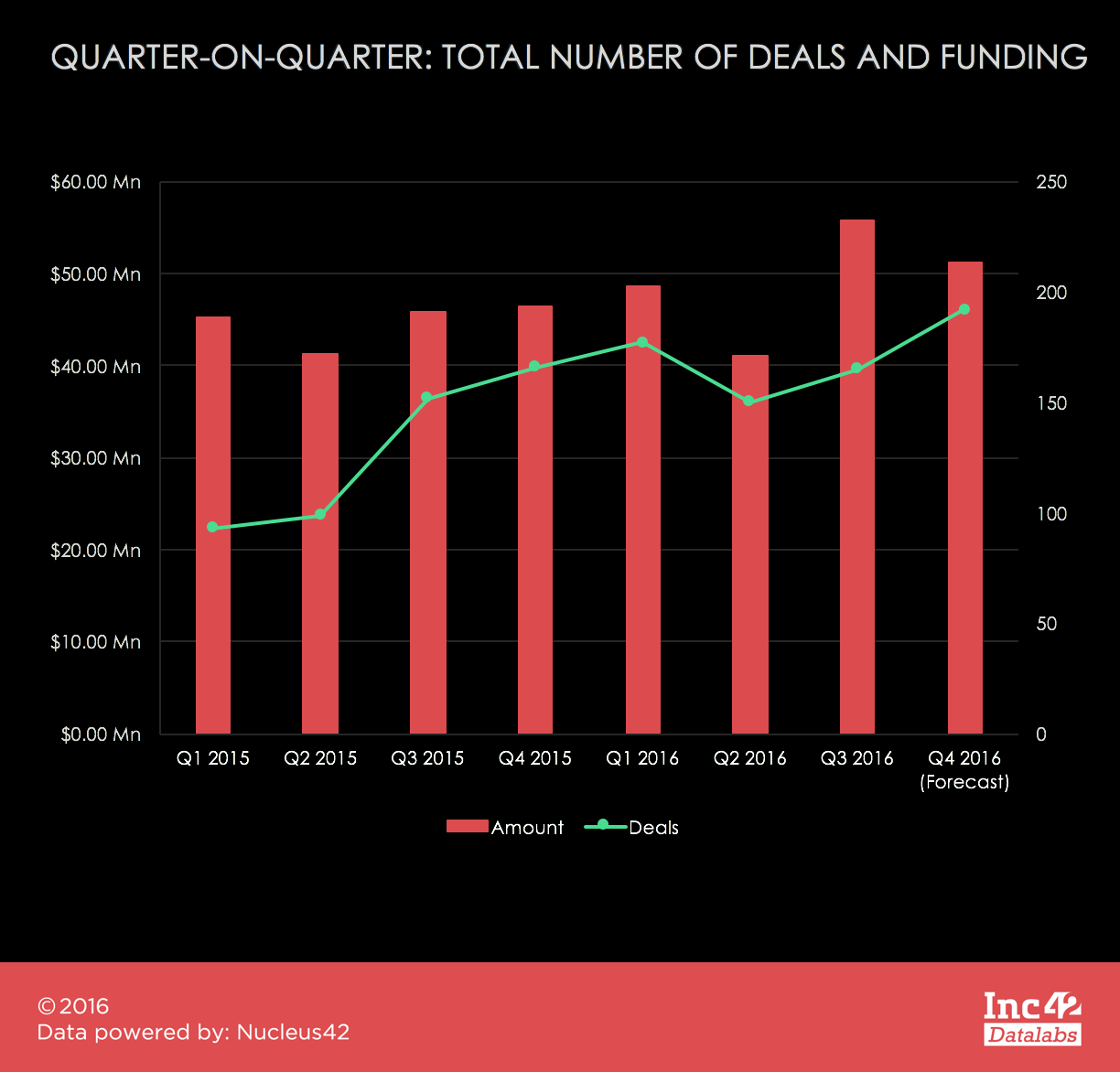 As discussed above, the majority of deals have a ticket size less than $500,000. It is almost 57% of the disclosed funding deals in seed rounds. 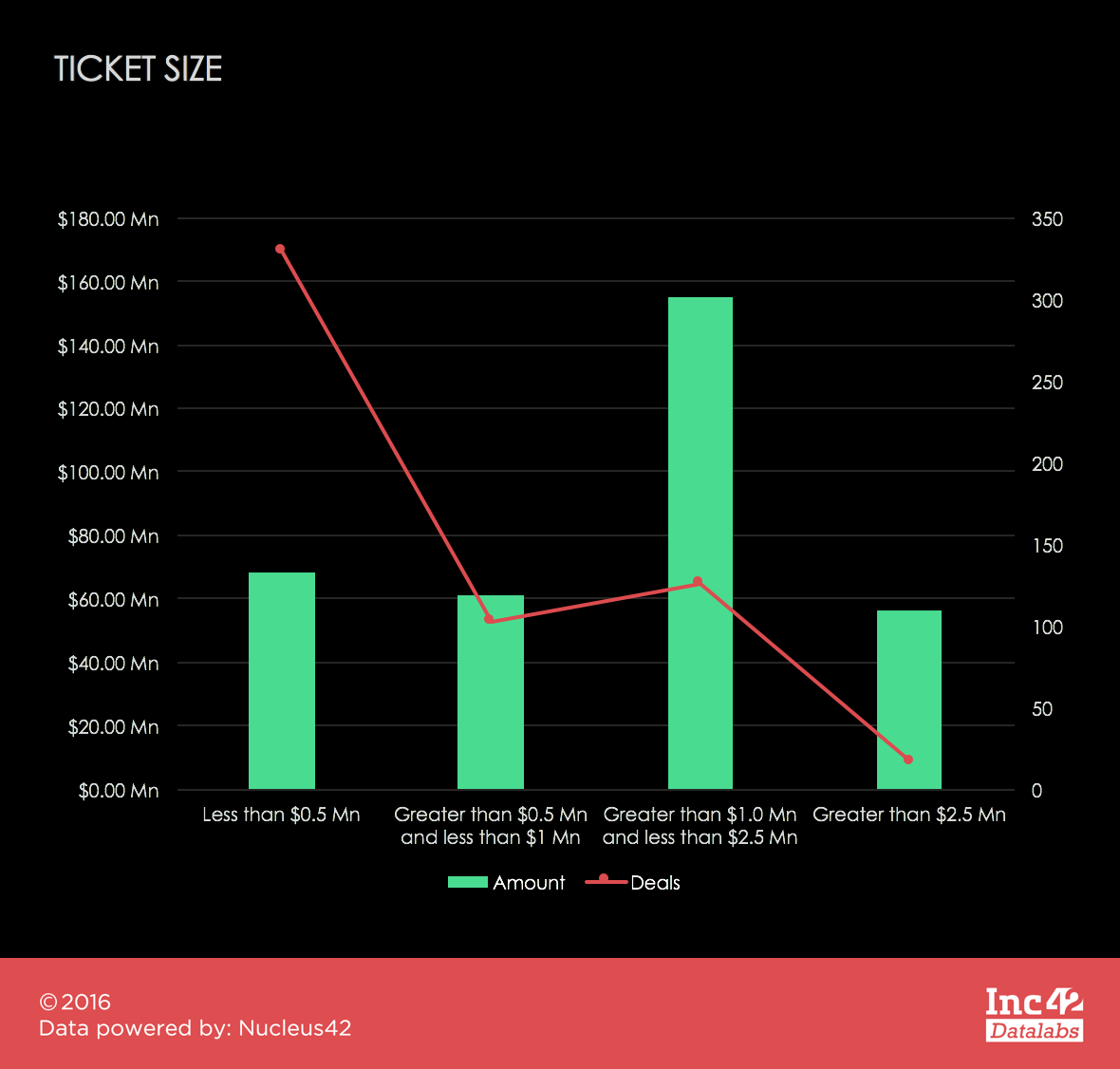 Healthtech, ecommerce, SaaS, edtech and fintech were the major sectors to receive Seed funding. Investors are keen on solving the varied use-cases in these verticals and are quite bullish towards it. Melorra, Buildzar, YAAP, Drivestream, Xchange Leasing, StyleTag are those that received up to $5 Mn investments in the Seed round. 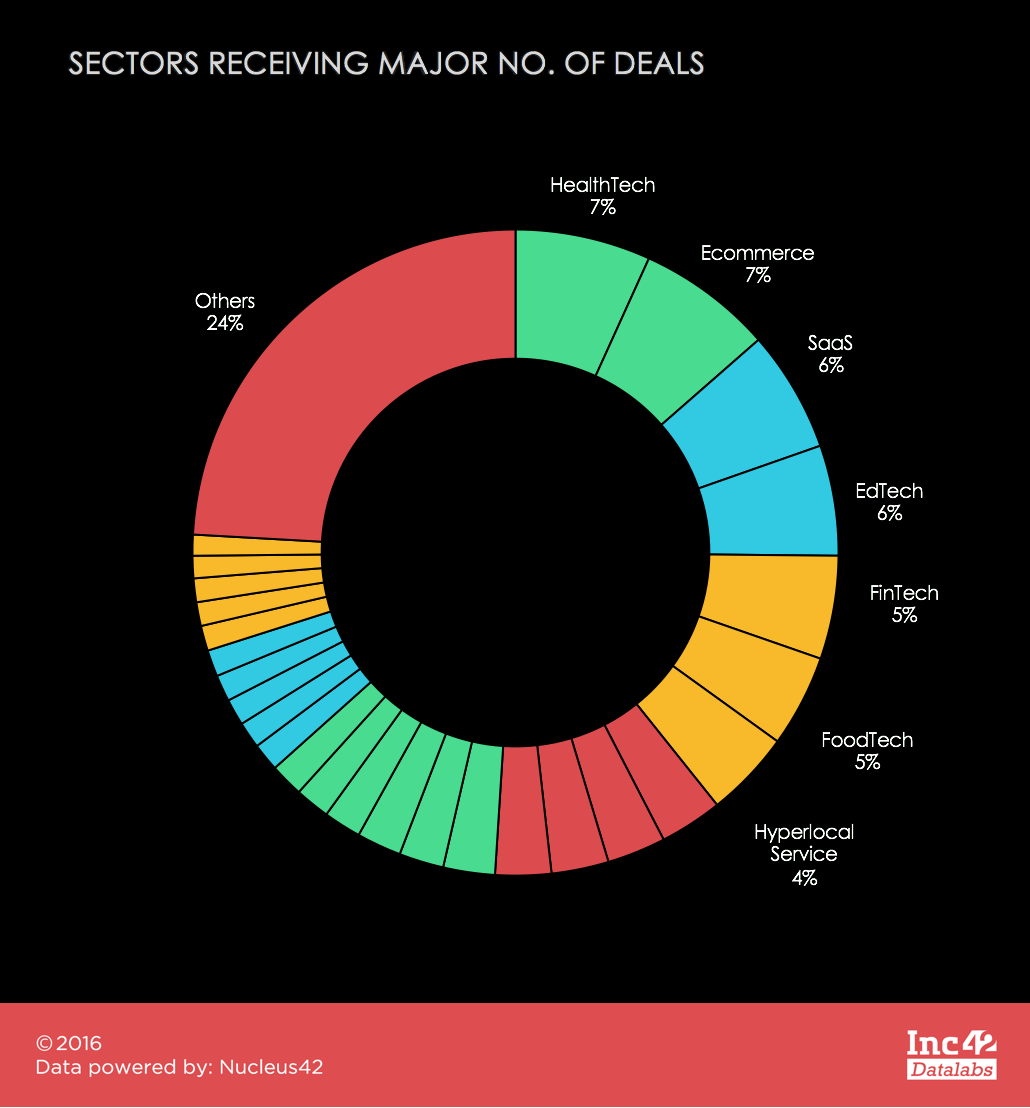 Around 1,200 unique investors have been actively involved in Seed rounds, and the number is projected to increase further. Investors that used to fund solo are teaming up in rounds to expand their portfolio and reduce risk. 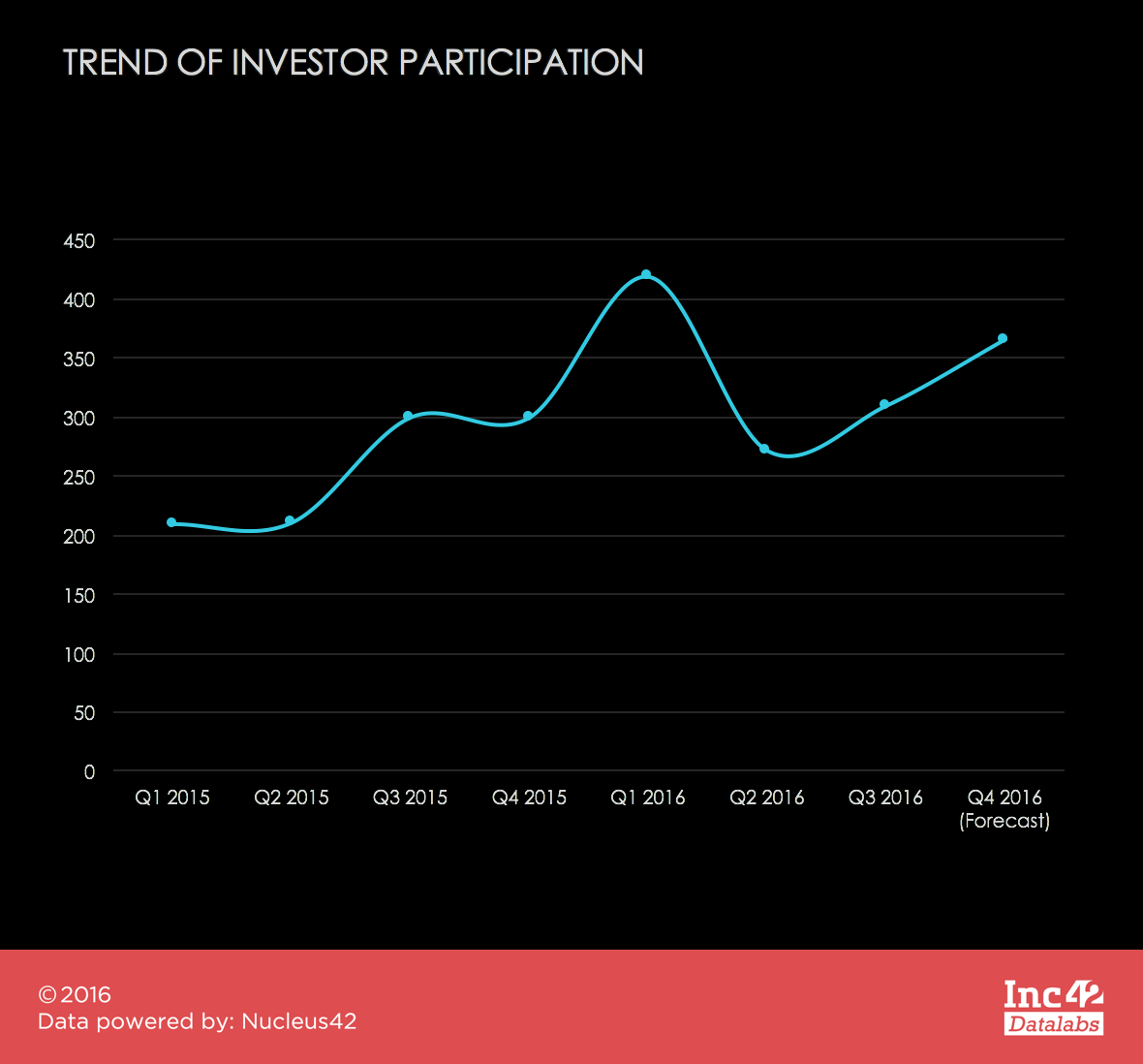 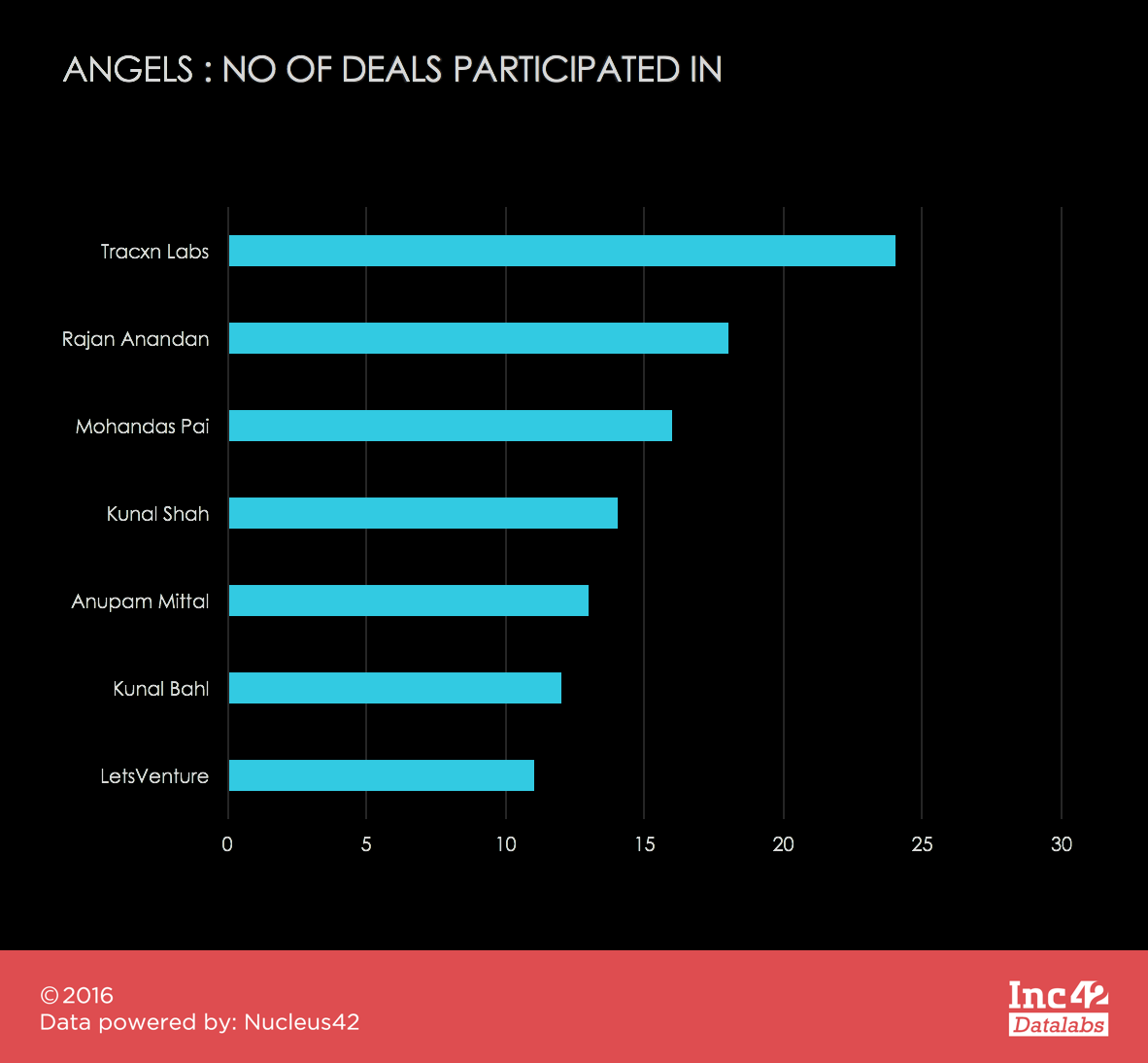 Indian Angel Network is the angel fund to have participated in the maximum Seed rounds. 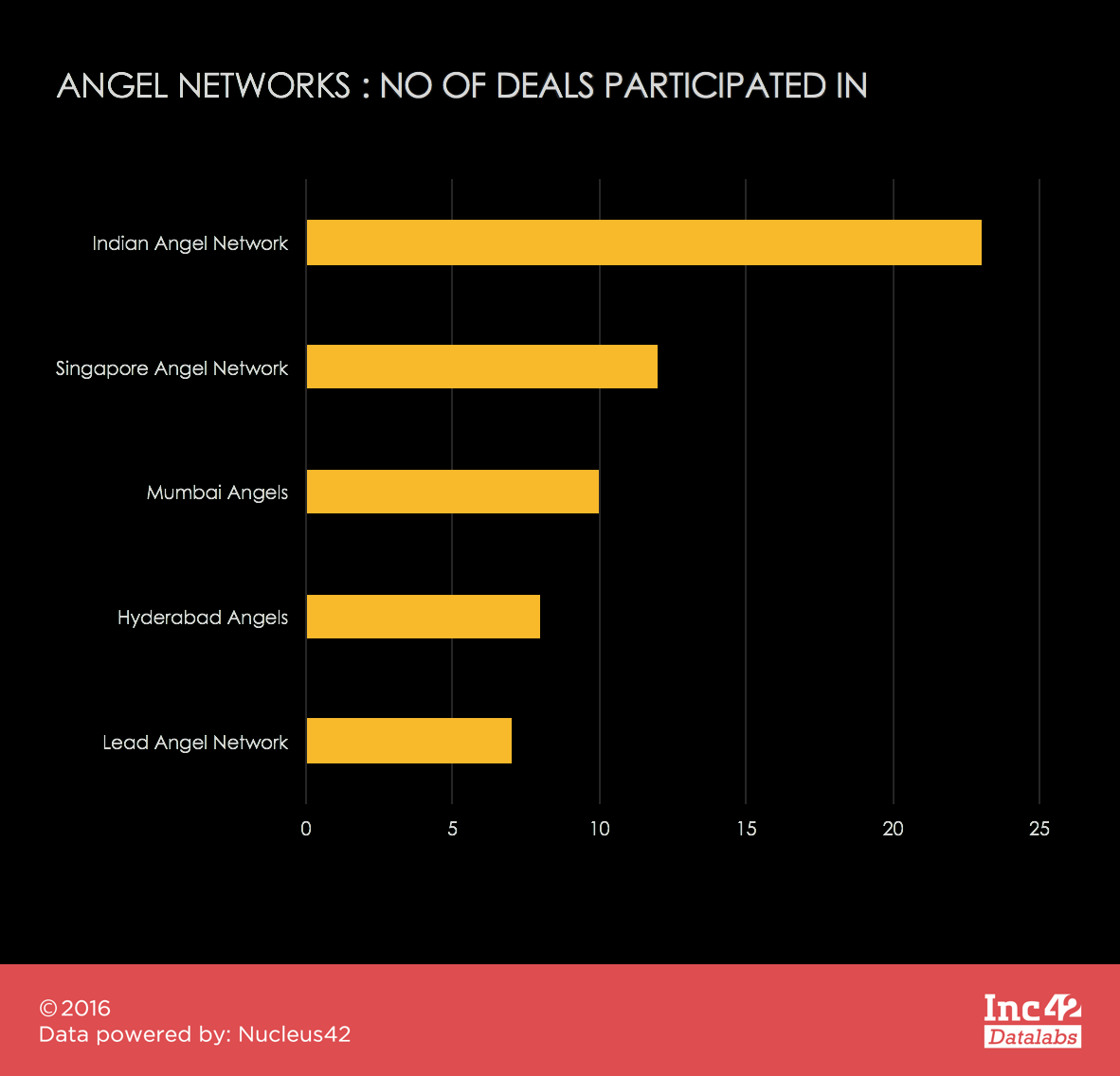 The top venture capital funds to have been in maximum Seed funding rounds is Blume Ventures and Accel Partners. 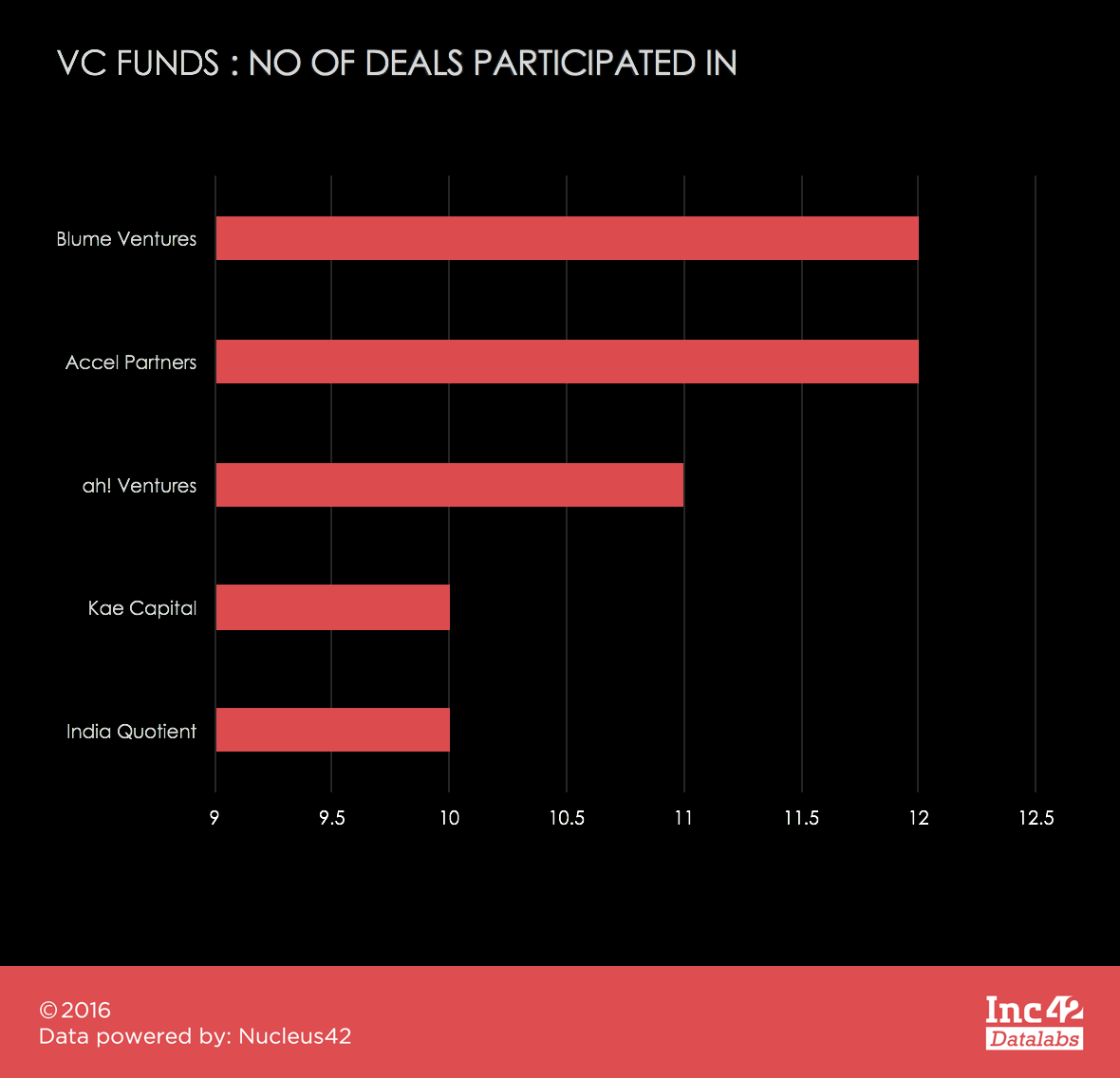 Seed funding will always be the most important round for startups as it is a stepping stone for success. Furthermore, it’s the most critical stage where the majority of startups die.

Following this, we will do an analysis on Series A and Late Stage and see the real scenario among growth and late stage startups. Stay Tuned!