As part of the deal, all 45 employees of Kamatan including its cofounder and CEO Pravesh Sharma will join Samunnati

The addressable agritech market potential of India is expected to touch $24.1 Bn by 2025 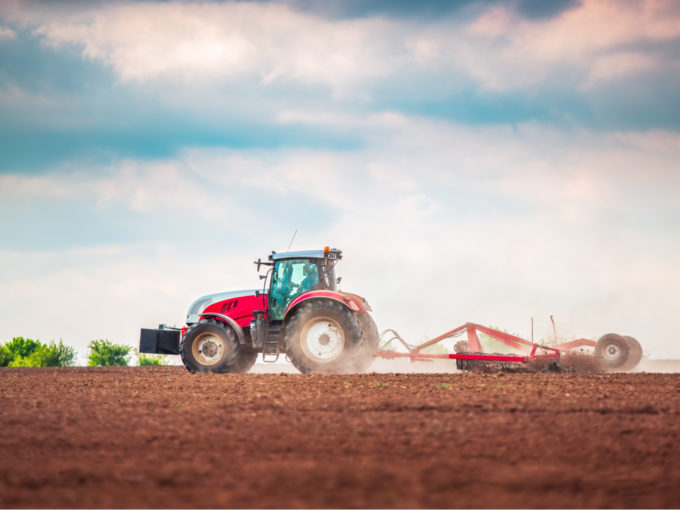 Chennai-based Samunnati Financial Intermediation & Services Pvt Ltd has acquired agri-supply chain platform Kamatan in an all-stock deal to position itself as an end-to-end agri-solutions service provider. The terms of the transaction were not disclosed.

“Kamatan has built supply chains for all farm produce, leveraging technology to reduce wastage and inefficiencies, while linking producers and bulk buyers. With the acquisition, Samunnati is expected to expand its outreach to new farmer producer organisations (FPOs), small traders, farmer aggregators, and agri SMEs in India,” Anilkumar SG, CEO and founder of Samunnati, told ET.

The acquisition is expected to expand Samunnati’s reach among small traders, farm aggregators, and agricultural SMEs. As part of the deal, all 45 employees of Kamatan including its cofounder and CEO Pravesh Sharma will join Samunnati.

Kamatan was founded by Pravesh Sharma, Rohan Patnaik, Raghunandan B and Amol Patil in 2018 as an agriculture supply company to manage logistics and supply chain by building agri chain solutions for small farmers.

The company was the result of a merger between two agritech companies Sabziwala and LivLush, which featured common investors. It currently works with 70 FPOs and claims to have supported over 30K farmers across 20 cities. Its clients include agri enterprises, food processors, hotels, restaurants and cafe chains, grocery startups and retailers with Taj Hotels, ITC, FreshMenu, Swiggy, BigBasket, Grofers and Chai Point among others already on board.

Samunnati was founded in 2014 to focus on agriculture financing and includes Elevar, Accel, ResponsAbility and Nuveen among its investors. The company specialises in market linkages through its agri chain platform, while also focussing on upskilling small farmers and traders in the end to end supply chain it serves. The firm raised equity capital of $55 Mn in May 2019 in a Series D funding round, from US-based Nuveen. 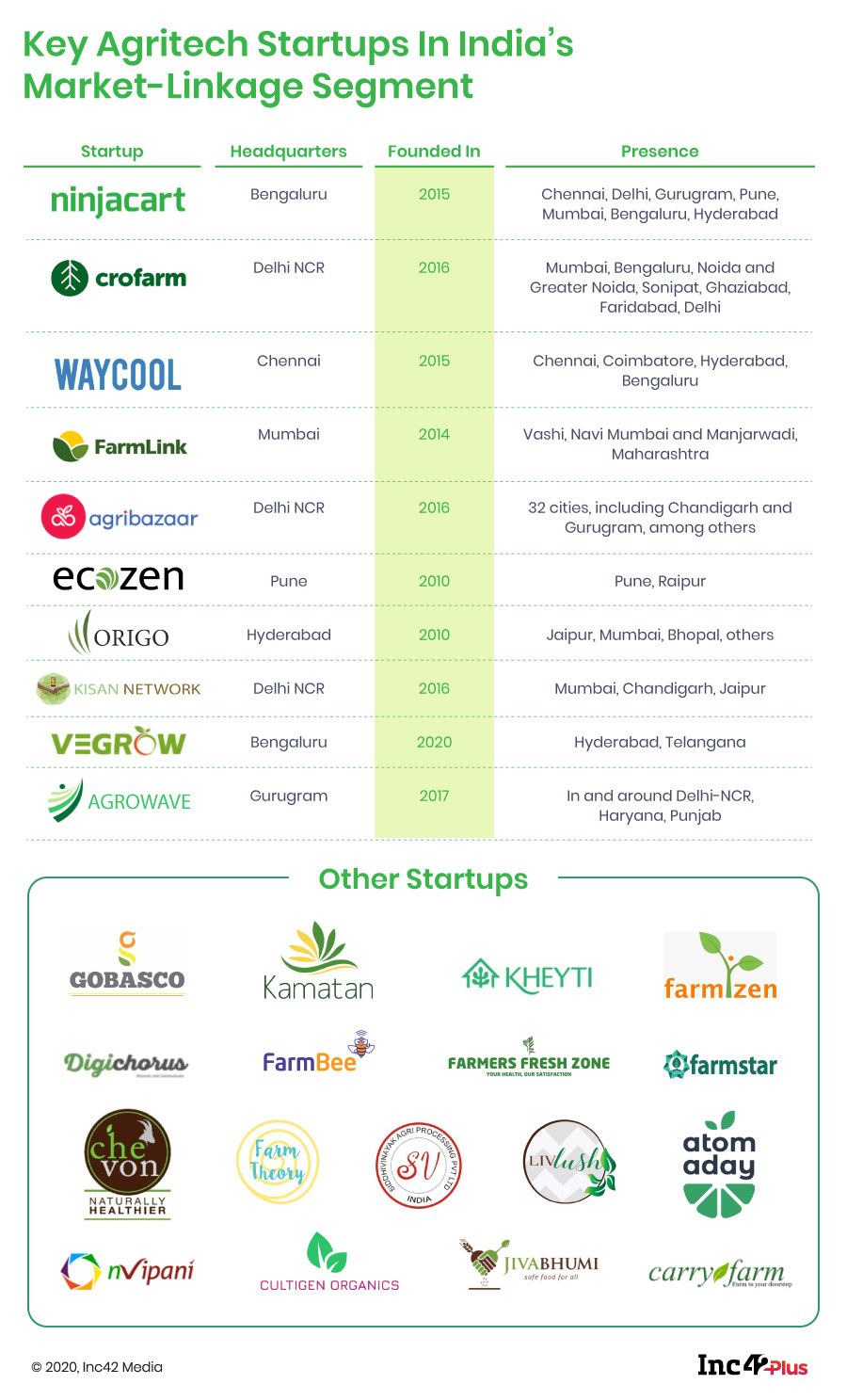 In particular, market linkage agritech startups in India are seeing massive investor interest. This segment bagged $305.2 Mn investment between 2014 and H1 2020, out of the total funding of $467 Mn and is expected to reach a market value of $12 Bn by 2025. Some of the notable startups in this category include WayCool, Origo Commodities, Ninjakart, Crofarm and Agrostar among others.