In her new role, Linda Crawford aims to help drive the company’s next stage of growth, leveraging her experience to rapidly scale the company to fulfill the need for the next generation of customer support.

“Joining Helpshift was an easy decision. No customer should feel like a case number when they need help. Helpshift is truly a game-changer when it comes to offering consumers immediate, personalized and proactive service on an unprecedented scale,” Linda Crawford said.

She further added, ‘Helpshift is off to a great start, with over one billion consumers being supported by Helpshift’s platform. That’s why I am so excited about working with the incredible Helpshift team, as well as our board, to rapidly move the company forward and embrace the market opportunity before us.”

The reasons behind sudden leadership shuffle in Helpshift have not been disclosed yet. An email sent to co-founder Baishampayan Ghose did not elicit any response till the time of publication.

As the new CEO, former Salesforce executive, Crawford will expand Helpshift’s leadership position as the leading consumer service platform, empowering global brands to connect with consumers in new ways and “meet customers where they are.”

“Linda Crawford is a visionary senior executive with a history of scaling companies,” commented Ram Gupta, Helpshift chairman. “She has been in the CRM business since 1996, and her go-to-market expertise and track record of building multi-billion-dollar product and solution portfolios will serve Helpshift well.”

A proven tech executive, Crawford has extensive experience in cloud-based solutions and Software-as-a-Service (SaaS). In addition to serving in several executive positions at Salesforce, she was a member of the board of directors at Demandware, an ecommerce platform vendor that was acquired by Salesforce, and held executive management positions at Siebel Systems.

“We are excited to have Linda Crawford join the Helpshift team, given her strategic expertise and deep understanding of the CRM and cloud computing landscape,” said Tripathy. “Her leadership as the company CEO will enable Helpshift to grow and deliver on our long-term vision of serving customers in the best way possible, supporting and leveraging Helpshift’s strength as the ‘go-to’ consumer service platform.”

HelpShift: A Glimpse Of The Product, Vision And More

Helpshift was launched in 2010 by Abinash Tripathy and Baishampayan Ghose and is based out of Pune. The platform helps companies to engage their customers with their apps through targeted push campaigns, and proactively avoid any in-app frustration through native FAQs and In-App Messaging.

Helpshift works with a consumer-first approach, designed specifically with a messaging-first and AI-powered platform. This aims to provide the consumers a more conversational and “human” service experience. 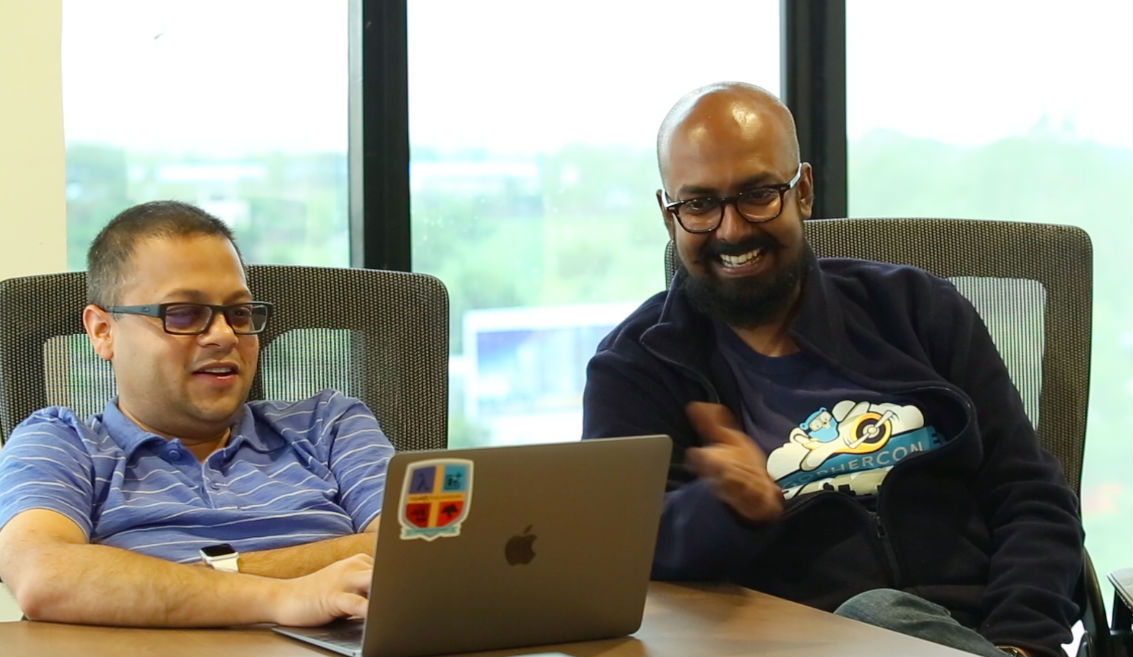 In addition, tight integration with CRM systems is a key component of Helpshift’s strategy, providing enterprises with immediate access to Helpshift’s technology while enhancing the value of their investment.

In an earlier interaction with Inc42 in July 2016, Abinash had mentioned that Helpshift has been installed on more than 1.3 Bn devices worldwide, with over 300 Mn mobile customers monthly. As of January 2016, 93% of its customer base was outside India while Indian clientele was only 7%.

In November 2016, it also raised additional funding from Cisco Investments as part of its $23 Mn Series B round, taking their total funding to more than $38 Mn. The earlier funding rounds included $10 Mn Series A led by Intel Capital in June 2014 and $3.53 Mn Seed Funding from Nexus Venture Partners and True Ventures in October 2012.

It seems the current year is filled with leadership ups and downs in the startup and tech industry globally. If we talk about India, 2017 has already witnessed two major senior management shuffles. This includes the ecommerce unicorn Flipkart, wherein Binny Bansal stepped down giving way to Tiger Global’s Kalyan Krishnamurthy to join in as CEO and ecommerce lingerie retailer Zivame Co-founder Richa Kar being replaced by Shaleen Sinha, the former COO of the company. Globally, recently Uber CEO Travis Kalanick was forced to resign and was replaced by former Expedia Chief Dara Khosrowshahi.

Whether Indian or international, one of the most common issues which lead to such leadership shuffles is, at the end of the day, ’performance’. Even Flipkart co-founder and former CEO, Sachin Bansal, himself admitted that performance was the key reason for stepping down from his position (He was replaced by his co-founder, Binny Bansal, in August 2016). Growth, both financially as well as in terms of traction, is critical for any company to survive in today’s cut-throat competition. And to achieve this growth, one not only requires good resources but also good leadership. Sometimes, apart from handling day-to-day tasks to fundraising, everything falls under the CEO. However, only a few understand this and step back in time to give others way to focus on the day-to-day job as CEO, while they work on the company’s strategy and vision.

Like many others who have taken this step, Helpshift CEO Abinash Tripathy’s decision to step down (for the undisclosed reasons) is commendable. We really hope that the entry of former Salesforce veteran Linda Crawford as the new CEO will prove to be a breath of fresh air for the company in the long run.