Founded by two brothers, Outplay brings predictability to outbound sales and helps salespeople talk to the right prospect at the right time through the right channel

The company will utilise the funds to hire talent

Earlier this year, the company was also part of Sequoia Capital India’s Surge Cohort and raised $2 Mn in a seed round 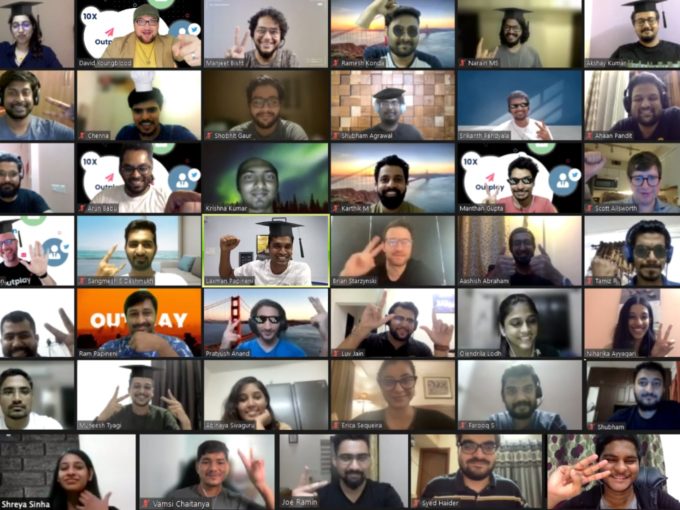 San Francisco-based multi-channel sales engagement platform Outplay has raised $7.3 Mn in its Series A round from Sequoia Capital India. The company intends to utilise the capital to invest in technology and hiring talent across the world.

The company was founded by two brothers Laxman Papineni and Ram Papineni in 2019 to bring predictability to outbound sales and help salespeople talk to the right prospect at the right time through the right channel. Outplay sits on top of a CRM to help increase sales team efficiency. Earlier this year, the company was also part of Sequoia Capital India’s Surge Cohort and raised $2 Mn in a seed round.

In a conversation with Inc42, Laxman talked about his early years, and the reason behind pivoting his earlier company – Appvirality to Outplay

In 2005, when Laxman was first introduced to the internet during his college days, he along with his elder brother Ram launched a blog site. Laxman used to write on “how to write a blog and make money” and they used to get cheques from Google every month through AdSense. Later, the brothers witnessed growing traffic from agencies who wanted to advertise on their blogs in exchange for payment. This made the brother open a blog network in 2008 to attract more traffic both from ad agencies, advertisers, and blog writers.

Laxman said that during their blog network days, his elder brother Ram made a ‘mini version’ of Outlay. He said that back in those days Laxman used to talk to over 200 plus bloggers and advertisers at the same time with the help of Google Sheets and Gmail. “For me following up with these advertisers was only through going to their website, filling the contact form. If there were no responses within 3 days then the entire process had to be done again,” he added. Seeing Laxman struggle, Ram built a tool that merged Google sheet and Gmail, thus automating multiple tasks.

Both the brothers tasted their first big success when they started working on micro-apps. Laxman said that they built a PNR status (train) app for iOS and Android along with a website. According to him back then there was hardly any platform to check PNR status. He said his platform saw a record 60 lakh users per month, allowing them to receive INR 5 – 6 lakh from Google every month. This success later allowed the brothers to come up with AppVirality, a platformm that helped growing companies with a ‘plug & play’ toolkit. This toolkit helped B2C companies such as Big Basket and ixigo among others to run their referral programs and loyalty solutions. AppVirality during 2014-2015 was selected in Microsoft accelerator program and also bagged half a million dollars in Seed funding from Rajan Anandan, among others.

According to Laxman, AppVirality was a success in India but the team could not replicate it outside India. After a mutual agreement with investors, the company pivoted to Outplay.

Laxman claimed that they had used several other products to make the most out of outbound sales. However, both the brothers always found something lacking in others’ services. Having already built a mini version of a multi-channel sales engagement platform, the brothers decided to build it at a bigger scale. As per Laxman, they built the platform for over 18 months and eventually launched it in January 2020.

“We have seen our customers increase their number of meetings, their sales rep book by 300%,” added Laxman. Most of Outplay’s customers are based in the US, with Europe holding the second spot. The company in terms of revenue has been growing four times and three times in terms of team size since the last round of funding (March 2021).

Laxman said that the company will be utilising the funds to add AI features to the platform. “If you see competitors, they’re almost eight to 10 years old. And we have to catch up with them in terms of features, and we have to innovate. So the bulk of this funding will go into hiring really good talent and building products,” he concluded.

Among its customers in India, Outplay works with Observe.ai, Jio Haptik, and others. Laxman considers Outreach.io and SalesLoft as Outplay’s competitors.