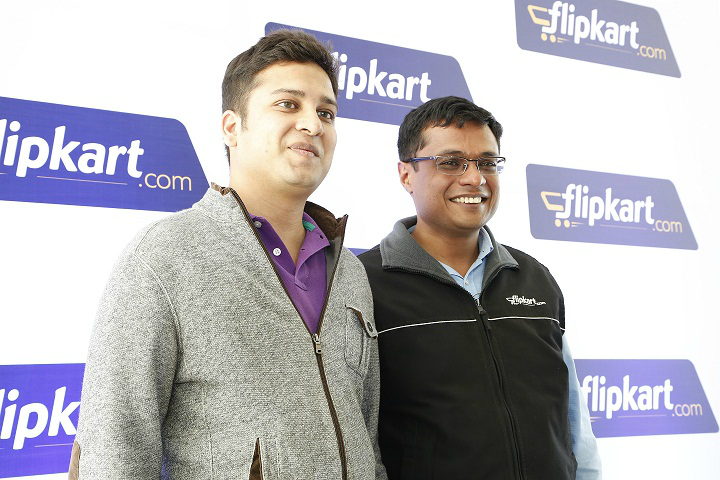 Perhaps, its time for India’s ecommerce giant Flipkart to celebrate, as it has achieved another milestone by reaching at a valuation of $12.5 Bn (INR 77,000 Cr). According to a recent report, Helion Venture Partners and IDG Ventures India have sold stakes in the firm.

According to the ET report, Helion Venture has sold its entire stake of 0.2%, estimated to be worth INR 156 Cr in Flipkart. The investment firm has got a stake in Flipkart by virtue of its investment in online electronics retailer LetsBuy, which was acquired by the ecommerce firm in 2012.

Besides, IDG Ventures, which entered Flipkart through fashion portal Myntra, that was bought last year, has also trimmed a portion of its holding of 1% by selling stake worth nearly INR 940 Cr last month. It is to be noted that IDG still holds about 0.9% stake in Flipkart.

Earlier, there were reports that Flipkart was seeking a valuation of $15 Bn as it prepares the ground for a fresh round of funding led by its largest investor Tiger Global.

The Bangalore-based Flipkart founded by former Amazon employees Sachin Bansal & Binny Bansal and valued at nearly $11.5 Bn in December when it raised $700 Mn. It is backed by global VC/investment firms and such as Qatar Investment Authority and Steadview Capital, Tiger Global Management, GIC Pte. Ltd, Naspers and Morgan Stanley. It had raised nearly $2 Bn in capital in 2014 alone. Flipkart directly competes with firms like Snapdeal and Shopclues.

The company is aiming to sell goods worth $8 Bn in 2014-15. Earlier in December 2014, Flipkart had announced that it is planning to raise $5 Bn via IPO. Recently, in a surprising move, Flipkart has also demanded exclusivity from potential investors and asked them to enter non-compete agreements before they decide to pour money in the company.