The SaaS market in India will soon be competing with global leaders, said serial entrepreneur Abel 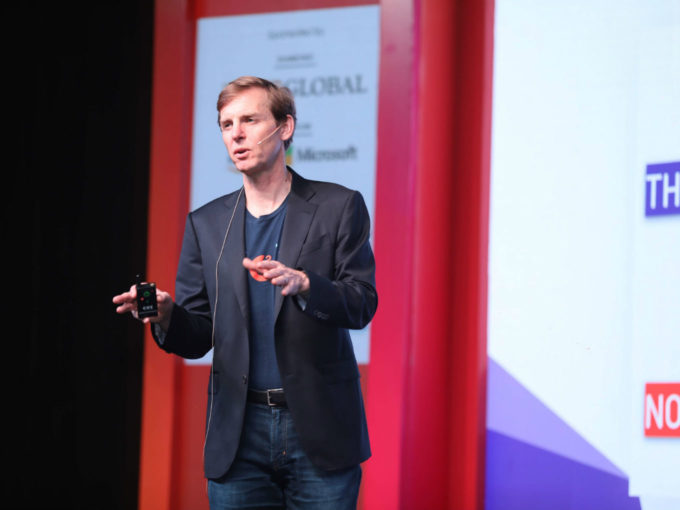 Speaking about the state of the SaaS ecosystem in India, Abel narrated lessons he learnt from his experience of building three successful enterprise SaaS businesses. While two of them, Oracle BigMachines and SteelBrick were acquired by Oracle and Salesforce respectively, the third one, G2, has already raised $100 Mn.

Addressing India’s largest SaaS gathering at SaaSBOOMi in Chennai on Saturday (January 25), Abel talked about how founders can impress investors and customers with their pitch. At the event organised by SaaS founders for SaaS founders, Abel’s talk stood out among the plethora of discussions and candid stories.

Having already built and exited two SaaS startups, Abel said there are a few lessons founders in India can take from his journey of over two decades.

Passion For The Idea

Abel said that it is important to build a business from an idea that an entrepreneur is connected to. He advised founders to commit to the business. However, at the same time, he said to not sell too broad to the board.

He further explained that businesses should ride the big wave, as it helps in growth. However, he also emphasised on the perseverance saying that lows will come and go, so the entrepreneur should stick around.

Secret To Selling: The Story And The Target

Abel’s other lesson to founders was to sell right. Abel says that it is important to not have boring pitches, which people wouldn’t listen to. He also said that the entrepreneur should build his own playbook and devise the strategy accordingly. Most importantly, he said that an entrepreneur should sell the story.

The G2 CEO quoted Salesforce CEO Marc Benioff saying, “It’s amazing to consider that no matter what size customer we were pitching, or where in the world we were selling, a singular idea drove all our accomplishments: we never sold features. We sold the model and we sold the customer’s success.”

Support From The Entrepreneur Family

Further, Abel talked about the importance of creating the right team. He said that from his last two companies he has an entrepreneur family — his team that has come together again in his latest company, G2. He also advised not to use recruiters but build an entrepreneur family. Abel also emphasised that an entrepreneur should not burn out from anxiety and should rather find activities which bring joy.

Abel further said that the founders should create a differentiating business. He emphasised that international capital is available in Indian the market for SaaS companies with $10 Mn ARR or above, but as the entrepreneurs build their business, they can bootstrap.

He said that it is easy bootstrapping in India due to availability of talent in marketing and engineering. Further, he talked about earning the trust of the buyer through agility.

Some of the basics Abel suggested are – businesses should delight customers with easy setup and use, continuously collect reviews from users and amplify awareness with digital marketing. He also said that an entrepreneur can build and validate new categories.

In the 1990s, when the internet revolution touched the world, India was the hotbed for outsourced operations — aka the backend office of the world. Since then India has made a name for its tech industry through giants such as Infosys, Wipro, HCL, Cognizant and others breaking international ground. From being a BPO hub, India today is the hotbed for innovation across technologies.

And perhaps the best example of this is the boom in the SaaS industry, building on years of experience of creating software for other businesses. This innovation hasn’t come easy as, despite unicorn level valuations, SaaS startups such as Zoho, Freshworks, Druva and Icertis are relying on clients outside India and international sales for their business, in spite of building the products in India.