The companies have been in battle since March 2020, after Zoho filed a lawsuit alleging that Freshworks stole its confidential information

Freshworks was founded by two former Zoho employees — Girish Mathrubootham who last served as the vice president of product management, and Shan Krishnasamy, a technical architect who worked under Mathrubootham 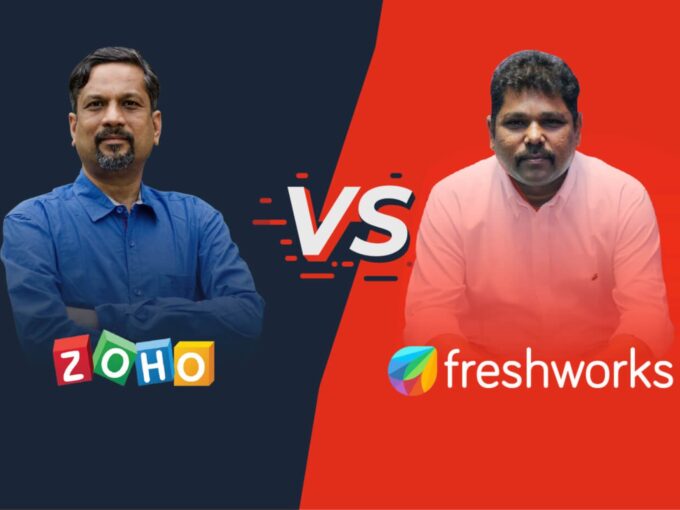 Bringing the two-year-old battle between Freshworks and Zoho to an end, Freshworks has reached a settlement with Zoho.

The company, in a statement, said, “Freshworks determined that a now-former Freshworks sales employee, using his spouse’s computer without her knowledge, wrongfully accessed and used Zoho confidential information relating to sales leads. These actions were not taken at the direction of Freshworks, and are contrary to our policies.”

It claims to have taken steps to remediate any harm caused, agreeing to make sure that nothing like this happens again.

The SaaS startups have settled the litigation, and Zoho has now dismissed the lawsuit.

Freshworks, which recently went public on NASDAQ, was founded by two former Zoho employees — Girish Mathrubootham, former vice president of product management, and Shan Krishnasamy, a Zoho technical architect working under Mathrubootham. Both of them had worked in Zoho from 2001 to 2010 before founding the company.

In March 2020, Zoho had filed a lawsuit alleging that Freshworks had stolen its confidential information and built a business out of it. Zoho had alleged that the latter used its non-public financial information to gain the trust of investors, which in turn, helped the company seal its first round of funding.

Firing back at Zoho, in July 2020, Freshworks accused Zoho of expanding one alleged customer data theft incident into a broader case of trade secret misappropriation.

Then in November, Zoho filed another complaint against Freshworks for trade secret misappropriation and gaining illegal access to its customer database through one of its employees. Zoho further asked for a minimum amount of $5,000 to be paid as damages through a jury trial.

At the same time, Freshworks’ former regional head reportedly admitted that he had uploaded spreadsheets containing information from Zoho’s CRM into his CRM which included over 4,000 “leads” taken from Zoho’s CRM.

In February 2021, the US court requested the Madras HC to cross-examine the subjects and evidence collected from former Freshworks employee(s) whom Zoho had accused in its second complaint against the SaaS rival.

Marking an end to the battle, Freshworks revealed that a former employee of the company wrongfully accessed and used Zoho confidential information relating to sales leads, post which the companies have taken the settlement route.