The Startups Of Jammu And Kashmir Braving Chaos Everyday

The Startups Of Jammu And Kashmir Braving Chaos Everyday

The Indian govt had abrogated Article 370 on August 5 in 2019, and scrapped internet services to maintain law and order

With improper internet services, local business have to rethink their business strategy and disbursal plans to reach wider audience

Though J&K region has been without a proper internet connection since last year, the sluggish Startup Policy has also deeply affected the region 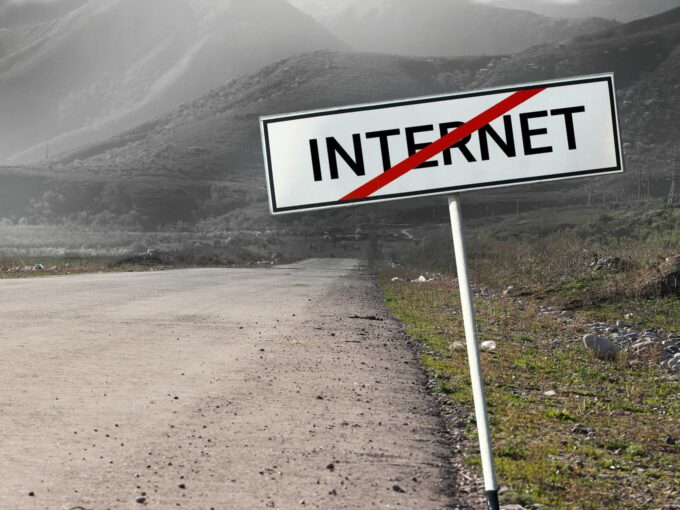 Though Jammu and Kashmir is on the same page with the rest of the country on digitisation of education, work and other prospects, however, it has been a struggle over internet connectivity for a year now.

The internet shutdown has been a setback to the infant startup ecosystem in the region. Though the J&K Startup Policy of 2018, which also covers the Union Territory of Ladakh, does not focus much on tech as much as the non-tech sectors, which have pulled the region’s economy so far, it has been struggling to run such services when the customers don’t have access to the internet. However, local startups have been finding their way around it.

Talking to Inc42, Ishan Verma, director of J&K Startup Association and founder of tech startup Nentoir, highlighted that though startups don’t face such internet issues as high-speed internet services are available on broadband, customers have been facing major issues. He noted that several startups have been finding different ways to reach out to customers without any hiccup.

In April, Srinagar-based agritech startup efruitmandi had collaborated with local startups Fastbeetle, ElanMart and FARM2U to keep the supply of apples up and running in Kashmir Valley during the high-demand Ramazan season. In order to enable customers to access services without any disruption, efruitmandi had decided to take orders through phone calls, WhatsApp messages or Google forms, which need lower bandwidth.

Shah told Inc42 that they had to rethink their business model in order to incorporate an offline model to enable a wider set of customers to place their orders.

Similarly, the Chemist and Druggist Association of Kashmir had been looking to offer some relief to those in Kashmir valley by facilitating doorstep medicine delivery through phone calls. Though the internet wasn’t the issue here, restrictions imposed by the police and paramilitary forces on internal travel was a big issue.

Fayaz Azad, president of the Chemist and Druggist Association of Kashmir, highlighted that security forces should allow delivery of medicines, as it comes under essential items. He also emphasised that the police should allow people from the pharmaceutical industry to pass through after checking their documents.

Last year on August 5, the government of India abrogated the special status given to Jammu and Kashmir under Article 370 and divided the region into two union territories — Jammu and Kashmir, and Ladakh. With this, the government had imposed a curfew in the region and shut down internet services. In the Jammu region, users have access to broadband and telephone services, but the Kashmir region has been stripped of that for months.

This continued till January, when the government decided to revoke the order and allow 2G mobile internet services in both Jammu and Kashmir, and Ladakh region. Though, it is important to note that all communication and social media platforms were barred in Kashmir until March 2020. As India went into lockdown the same month the government has proved to be effective in bringing education, work and all its services online (safely), the region has still been left in the shadow of the 2G network. Notably, the 4G services were restored in the Ladakh region in December 2020, 145 days after shutdown.

Nearly 200 organisations and advocacy groups located across 75 countries, who are a part of #KeepItOn campaign against internet shutdowns, have written an open letter to the government in April 2020, demanding restoration of 4G services in the J&K especially due to increased online activities during the lockdown. Even the Supreme Court has asked the Central government to reinstate the full mobile-data services in the region, but the central government is yet to act on it.

Moreover, the J&K administration, in an order issued on May 27, has claimed that the internet speed restrictions have not posed any hindrance to the Covid-19 control measures ranging from accessing online education content or carrying out business. Meanwhile, businesses and students have been complaining about the issues faced by them in accessing online services and classes due to slow internet.


Meanwhile, Verma also noted that the internet is not the only problem in the regional startup ecosystem, but it has been equally affected by the paralysis of J&K Startup policy.  He elaborated that the policy does bare minimum for the ecosystem, and startups have to take on the burden on themselves to grow.

The J&K Startup policy has specified down on seven focus sectors. These include:

Previously Sumit Bhat, cofounder of BHU-incubated healthtech startup Doctors Around You, noted that the focus area of the J&K Startup Policy was something that was relevant in the 1990s. Now that India is heading towards a much more tech-enabled economy, the policy should be updated as well, he said. Doctors Around You set up its base in Jammu but had to move to Pune because of the lack of support from the local ecosystem.

“The registered startups include coaching institutes, manufacturing units, farms, but those are not startups. You cannot consider normal businesses as startups. We should be looking for more innovative startups that are actually solving a problem,” Bhat added.

Besides this, the regional startup ecosystem has also been struggling to find investment opportunities in the region. Some of the prominent startups in this region are Kashmir Box, PureMart, Fast Beetle, viaENS, efruitmandi and TravelersDost, among others.

You can read up more about the J&K startup ecosystem in Inc42’s three-part series: