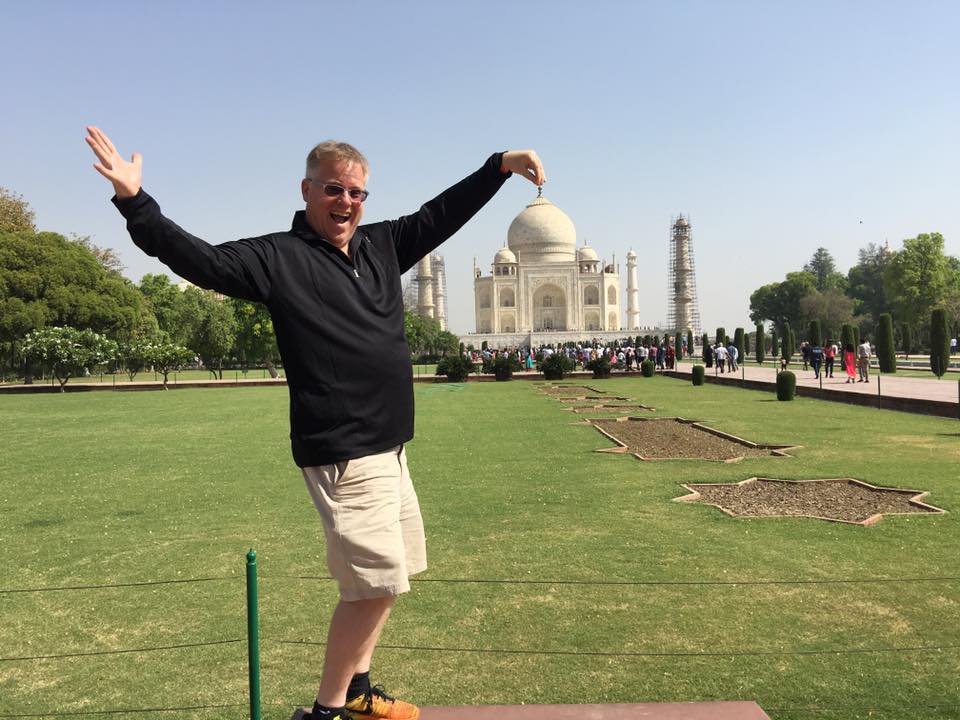 This is what technology evangelist, author, and blogger Robert Scoble’s introduction on his Facebook profile reads. And he aptly did. Last month in Mumbai, at the Click Asia Summit, the evangelist best known for his blog Scobleizer, spoke about how VR will change our perception of reality. Besides that, he also spoke to Inc42 about his journey from becoming a blogger to a VR enthusiast, how VR will affect our perception of reality, his expectations from the Indian startup ecosystem, and more.

Here are a few excerpts from the same.

What Put Me Out There On The International Scene Was Blogging

Robert’s love affair with technology started early given the fact that his dad was an engineer in Silicon Valley and Robert was always around new things. When he was 13, his school got an Apple II in 1977. Robert reminisces, “I fell in love with the machine. And Apple was just one building then, a small startup near my home. I toured Apple, and I fell in love with the new world. While growing up too, I have always been around computers. I saw Silicon Valley turning from farmlands to what it is today.” But the moment that catapulted him into blogging and put him out there on the international scene came in 2000.

At a conference, two of his speakers told him he was cut out for blogging. And that’s where it all started. Says Robert,

I didn’t realise that time, it was in hindsight that Google was becoming popular and blogging was best way to get into Google. Google was disruptive technology, and blogging was a hook on it. So as Google became more and more important, blogging became more and more important. Of course, today there are many businesses around the world that do blogs. Back then when I started, there were fewer.

So he got a job at a blogging company, then at Microsoft in 2003, where his blog about his life and events inside and outside Microsoft, became the unofficial corporate voice of the company, earning him the nickname Scobleizer. From there on, his journey led him to Fast Company, to RackSpace and now at Upload VR– a new media site covering virtual and augmented reality — as its entrepreneur in residence.

When questioned about what would he choose between Facebook and Twitter, Robert said, “Facebook has 1.6 Bn people on it, Twitter has 300 Mn, do I need to say further!” He further added that when he talks about engagement with diverse brands/companies/people say to Red bull or Linking Park or to Levis Strauss, they all concur that 10 times more traffic comes from Facebook than all other mediums combined. Adds Robert definitively,

Robert believes that the VR industry will change our perception of reality and “particularly the thing that comes after it- augmented reality.” Gaming, music, education, entertainment, healthcare, and real estate are sectors will see a lot of trends in consumer VR in the coming years. He added, “Think of it. Magic leap got billions of funding without shipping a product or without having a customer. Snapchat is using it. The Coachella music festival used it this time, providing VR headsets with ticket purchases. People are using it in real estate to sell  condos, to design theme parks, to design cars. This tells us that the world is changing. And VR will change what we think about gaming, education, sports, entertainment, and about things we can’t even imagine. The entire industry has started and will improve in 30 years-like PCs. It is as important as the PCs.” 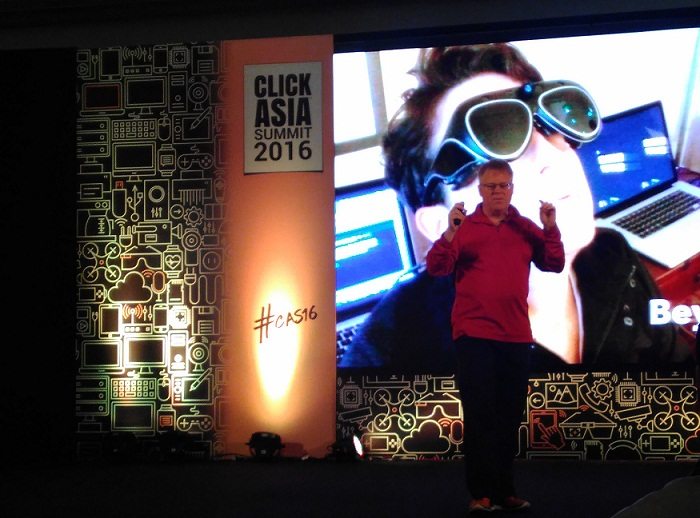 When questioned about something in VR from India that attracted his attention in India, he mentioned about Tata Motor’s initiative to promote its newly launched Tiago car — bundling a free VR headset with the Times of India newspaper. The free VR headset allowed users to watch a virtual drive of the new Tiago when they downloaded the Tata Motors app. Says Robert, “ This shows that marketers are playing with VR here, which means there will be others soon.”

When questioned about his take on the Indian startup ecosystem, Robert conceded that though he doesn’t have a good sense of it, yet he is keenly watching if they are aiming only for internal market or global markets? Adds Robert,

I don’t care about startups that aim only for internal markets. So I know Flipkart, and I have friends who work there. I know it is an important company but it hasn’t come on my radar because it has not yet come out to be a global brand. And I am waiting for a global player from India.

He further added that he understood that the internal markets are so big, so open to opportunity that companies like Flipkart only stick to them. But he believes that Indian startups should use the internal markets to springboard into world markets and become global brands. He added, “You have all resources here in terms of a really dramatic internal market, not necessarily a rich market. But if you can survive here, you should be thinking of taking your technology, your company to world markets. Within the next 10 years, I expect more global players. It takes time to spin the wheel. If you can spin the wheel here, you can spin it globally.”

When questioned about the growing brand of me too startups, Robert expressed his disinterest in such businesses that were not bringing something new to the table. He said, “I don’t think about startups in the me-too businesses because I care about new things. I care about companies who are bringing new things into the market. The me-too startups make the completion interesting. For instance Ola here, which is competing with Uber. I watch them but those businesses rarely become global brands and I care about global brands. I have VR to play with, there’s no copying here, there’s no VR yet! People haven’t even gotten their Google headsets now, copiers will have to wait!”

He further added that as far as VR was concerned, consumers haven’t even gotten a taste of the market, so the me too startups will have to wait to see what’s proven to be successful. The market will speak within 8-12 months on that point. It is then that me too startups are expected to crop up.

World only doesn’t have upsides, it has downsides too. You have to go through both of them to become successful.

Lastly, speaking about the diminishing valuations of unicorns and the tightening purse strings of VCs, Robert conceded that though globally there is a crunch underway but a good entrepreneur will not fail if he knows how to brave the tide. Robert said,

A good entrepreneur will know how to survive even if there is no food (money) or it is drying up. It’s getting harder to get money, to survive; but all good companies go through times like this.

He advised entrepreneurs to focus on building a good product and a great team. He said, “ If you have a product which people want, if you have a well set up team to weather tough periods, and if use the tough period to hire good people who are on the streets from all other companies who are not doing well, you will survive. Take for instance Google, which went through the same. It started in 1998 and 2000 was the worst year for tech companies and it survived. In fact they almost got shut off. But they survived-not one but two tough periods. So this will be a trial for a lot of entrepreneurs as to how good or how cockroachey they are!”

World only doesn’t have upsides, it has downsides too. As an entrepreneur, you have to go with both of them to become successful.

Technology evangelist, author, and blogger Robert Scoble’s blog – Scobleizer, came to prominence during his tenure as a technology evangelist at Microsoft. He has earlier worked with Fast Company as a video blogger, and then Rackspace and the Rackspace sponsored community site Building 43. He recently left Rackspace to join UploadVR as entrepreneur-in-residence.