The online platform is an extension of Reliance Digital

Betting on its in-house after sales service brand ResQ 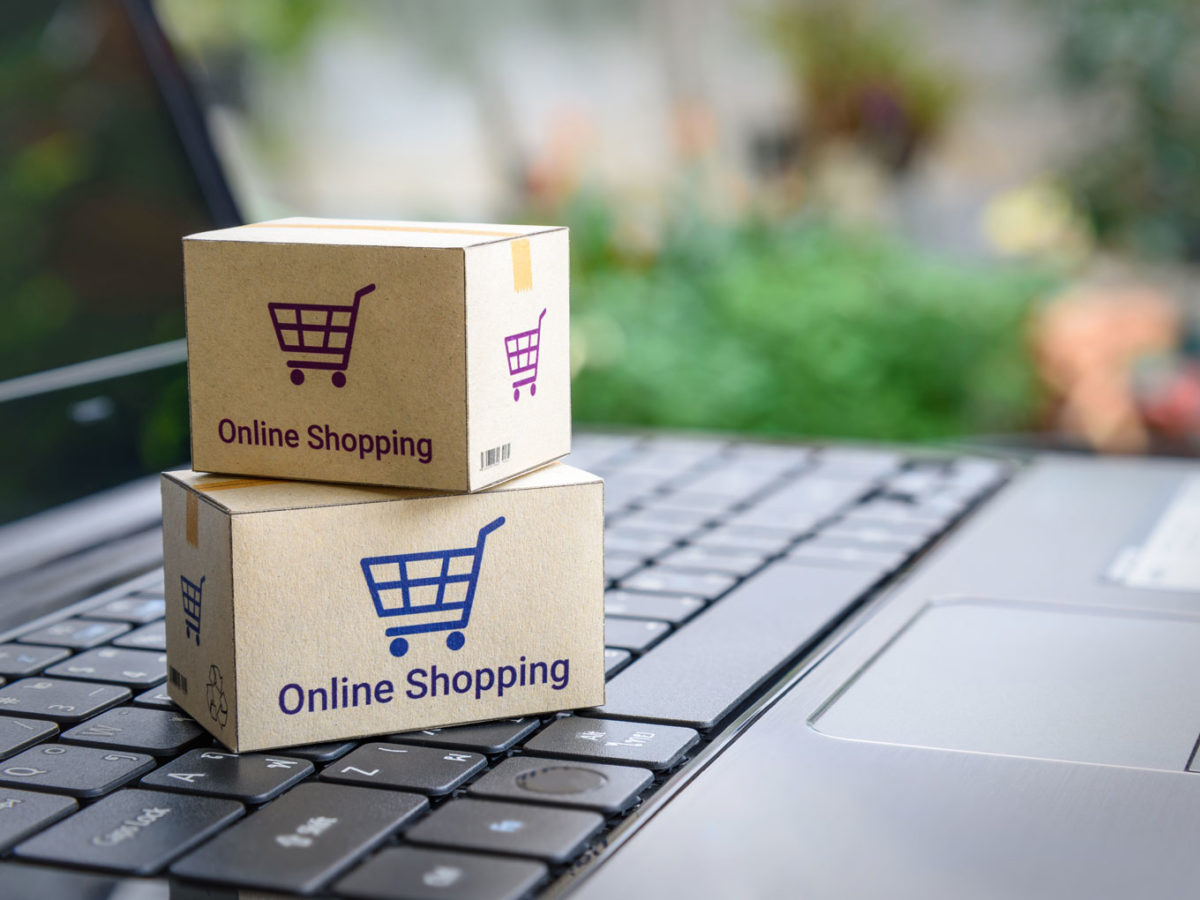 Reliance Retail, the offline retail subsidiary of Mukesh Ambani’s Reliance Industries, has forayed into online sales of smartphones and electronic appliances such as refrigerators, air conditioners, and televisions.

The online platform is an extension of Reliance Digital, a consumer durables and information technology concept from Reliance Retail. Reliance Digital has 305 brick-and-mortar stores as of June.

Reliance Digital and smaller Jio stores will act as fulfilment centres for the online orders. Jio is the Reliance Industries-owned mobile network operator which sells its offerings through more than 1700 stores across the country.

According to reports, Reliance was piloting online sales of mobile phones and consumer electronics for its employees for over a year.

“The commercial operation has just been launched across India. While this is an omni-channel expansion of Reliance Digital, there will be dedicated focus on making the online operation successful,” an executive close to the matter told ET. 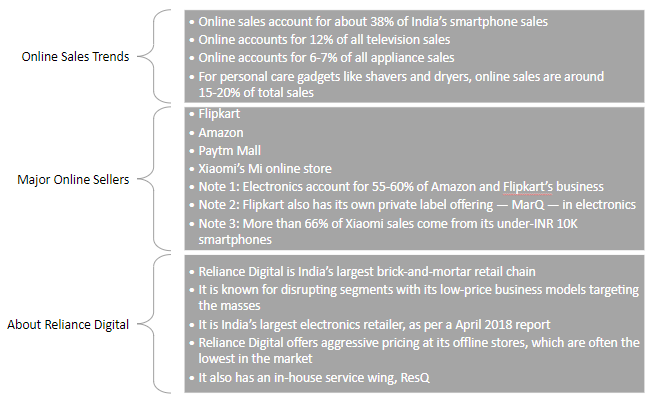 Reliance Digital: Looking To Make A Mark In Indian Ecommerce

It was also reported that around 10% of Reliance Digital’s sales in the quarter ending March 31, 2018, were driven by catalogue sales through Jio stores.

Now, by establishing an omni-channel presence, Reliance Digital will look at acquiring a significant market share of the consumer electronics and smartphones sector in the upcoming festive season. It plans to offer price-competitive deals along with heavy discounts.

According to industry experts, Reliance Digital already has an aggressive pricing for its offline stores that are, at times, the lowest in the market. Thus, it will easily be able to take on the existing market leaders of Indian ecommerce — Flipkart and Amazon.

Reliance Digital also has an in-house service wing called ResQ, which handles installation requests, demos, and after-sales service for its products. This could also act as a differentiating factor for the company.

At present, electronics is a major source of revenue for both Flipkart and Amazon.

Flipkart also has its own private label for electronics — MarQ — under which it has introduced smart TVs, ACs, microwave ovens, and washing machines, among others.

Apart from Flipkart and Amazon, two other players gaining share in the market are Paytm Mall and Xiaomi’s online store. Effectively, Xiaomi also currently has the leading the smartphone market share in India.

As competition in the Indian ecommerce sector intensifies, both Flipkart and Amazon have started assessing different revenue streams. For instance, Amazon is ramping up its game in India with Amazon Prime while Flipkart has shifted its focus to groceries, fashion, tech, wealth management, travel and other such segments.

Currently, Reliance is already running ecommerce operations for the fashion formats — Ajio.com and Reliance Trends. Also, it has a dedicated online platform for online grocery, FMCG, fruits and vegetables under Reliance Smart. However, this is at present limited to Mumbai, Pune and Bengaluru only.

There were times when the Indian companies were said to be on a back foot in comparison to their foreign counterparts due to lack of funds and technology. However, now the Indian ecommerce game as totally reached to its heights with four big, deep-pocketed and technologically advanced players — Amazon, Flipkart, Paytm, and Reliance Retail — looking to compete in almost all divisions whether its retail, grocery or payments together.

And as the competition intensifies, the discounts get deeper and the sales get bigger. These are certainly good times for Indian online shoppers!