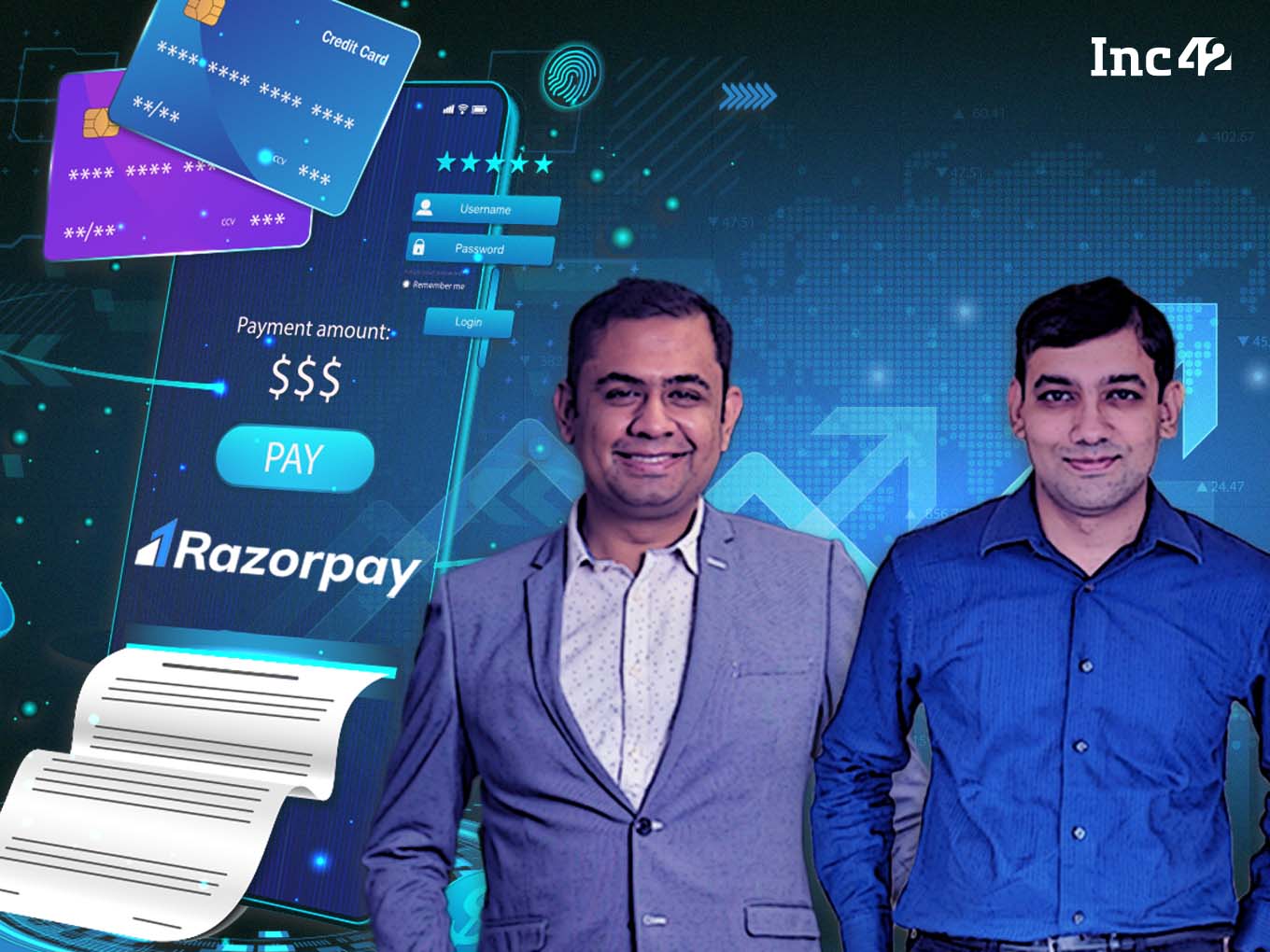 Razorpay, the highest valued fintech startup in India, has turned profitable in FY2021, with net profit of INR 7 Cr on a standalone basis.

Of the INR 844 Cr it spent in FY21, the lion’s share of Razorpay’s expenses went towards payment gateway commissions, which accounted for more than INR 480 Cr of the expenses.

Besides this, Razorpay spent INR 213.3 Cr for employee benefits expenses which largely comprises salaries for employees, gratuity, PF contributions and expenses for other employee welfare benefits. The startup in FY20 has spent INR 120.5 Cr for the same. Further, INR 18.3 Cr were spent in promotional activities and INR 5.6 Cr for training and recruitment processes. 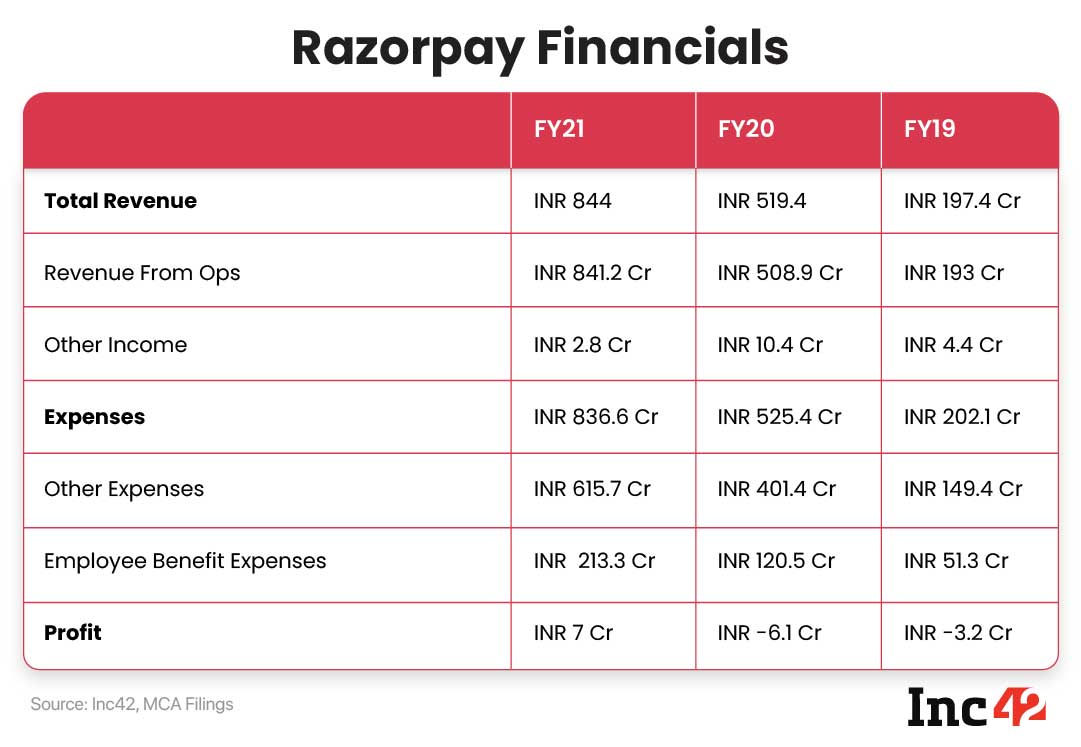 Last year, Razorpay bagged $375 Mn in its Series F round from Lone Pine Capital, Alkeon Capital, and TCV among others at a valuation of $7.5 Bn, making it the highest valued fintech startup. It entered the unicorn club in 2020 after bagging $100 Mn from Singapore’s GIC and Sequoia Capital, among others.

It has to be noted that this is the financial performance for Razorpay Software Private Limited in FY21. The startup has two other relatively new products — Razorpay Opfin, a payroll management platform, and Razorpay X, a neobanking platform — that are registered under its fully-owned subsidiary RZPX Private Limited.

As per RZPX Private Limited’s financial documents accessed from the RoC filings, the entity has incurred a loss of INR 6.8 Lakh with total expense of INR 10.2 Lakh. In FY21, the newly incorporated entity earned revenue of INR 3.4 Lakh.

Founded by Shashank Kumar and Harshil Mathur in 2014 as a payment gateway platform, Razorpay has branched out into SME payroll management, banking, lending, payments, insurance among others. It claims to enable digital payments for more than 200K small and large businesses, including entities such as IRCTC, BookMyShow, Airtel, NSE, Swiggy among others.

It has also launched RazorpayX Tax Payment Suite and Razorpay RIZE for SMBs. As of December 2021, it claims to have achieved $60 Bn total payment volume (TPV) and claims to be eyeing $90 Bn in volume by the end of 2022.

The startup claims to have amassed over 8 Mn businesses on its platforms including Indian startup giants such as Ola, CRED, Swiggy, Zomato, and others. It also counts Facebook as a  client and recently collaborated with Twitter to add a tipping feature for Indian users.

In the booming fintech space of India, Razorapay with its several products is competing against multiple fintech players. In its core business – payment gateway – Razorpay is locking its horns with Juspay, Prosus-backed Billdesk, CCAvenue, and PayU, among others.