“Valuations” & Not “Evaluations” Are Driving The Play In Ecommerce – Ratan Tata

“Valuations” & Not “Evaluations” Are Driving The Play In Ecommerce – Ratan Tata 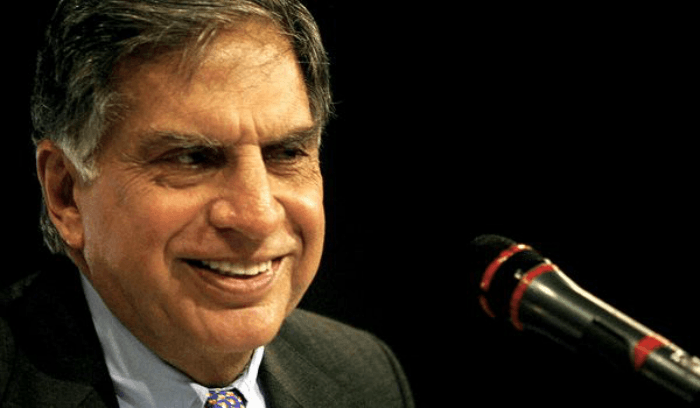 According to Ratan tata, valuations of ecommerce companies are “very high” but these firms should be given time to prove themselves on a par with established businesses. In a recent meeting at 107th Annual General Meeting of Indian Merchants’ Chamber. Ratan Tata said “valuations” and not “evaluations” are driving the play.

He further added that, “It’s true that the valuations (of ecommerce) are very high and valuation seems to driving these companies more than traditional matrix of evaluation,”

Interestingly, Tata has recently made many investments in ecommerce segment, including names like Snapdeal, PayTM, Urban Ladder, CarDekho and Bluestone.

Tata, added “We have to give these young entrepreneurs a chance to prove themselves, shoulder to shoulder, with traditional business.”

Commenting on the ongoing debate about whether the e-commerce bubble will burst, he said this is the new trend in the country’s commerce.“It’s actually a feeling that ecommerce is really the new trend for the Indian commerce. It serves millions of people. It’s my personal money and not company’s money. I don’t see where the debate is. I believe that Indian enterprise needs to be encouraged. One needs to lend mentoring to young people, to give them a chance. One feels very proud when this new segment is emerging in the country,” he added.

Tata felt  that overseas investors in e-commerce companies will make sure that founders and the management maintain high standards of governance. “The fact that they have external investors is very good because they will exit if they feel that the company is operating in a grey area,” said Tata.

After 50 year run at the business conglomerate including over two decades as its chief, 77-year-old Ratan Tata retired from Tata Group Chairman in December 2012 . Post retirement, he assumed the role of Chairman Emeritus.

Recently this year, Ratan Tata invested in many digital economy companies, which include Snapdeal, CarDekho, Xiaomi, Urban Ladder, Bluestone and most recent being Paytm. Tata made a personal investment in the 4 year old company, Paytm. Ratan Tata took up a small stake in One97 Communications, the parent company of Paytm alongwith the role of an adviser the company.