Railways Rolls Out Most Powerful ‘Made In India’ Electric Locomotive

Railways Rolls Out Most Powerful ‘Made In India’ Electric Locomotive

The locomotive is powered by a 12K HP engine 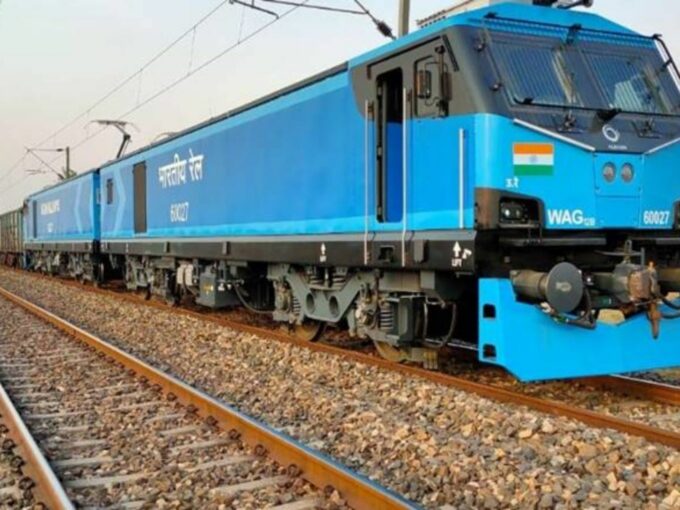 The Indian Railways has operationalised its first 12K HP electric locomotive manufactured locally by French rolling stock manufacturer Alstom. The locomotive made its maiden commercial run between Deen Dayal Upadhyaya Station to Shivpur on Monday (May 18).

With this, India has become only the sixth country to have manufactured an electric locomotive with such horsepower locally, said the ministry of railways, according to media reports. The Railways currently uses 6,000 HP locomotives for freight services.

The locomotive, manufactured by Madhepura Electric Loco Factory is a joint venture between Alstom and Indian Railways holding an equity share of 74% and 26%, respectively.

The locomotive named WAG12 has been assigned 60027 as its designated number. The Indian Railways claimed that this is a first for India and a first-ever across the world, where such a high horsepower electric locomotive has been operationalised on broad gauge.

As far as the specifications of the locomotive are concerned, Indian Railways said that this is an insulated-gate bipolar transistor (IGBT) based, three-phase drive, 9000 KW electric engine.

The locomotive can carry a load of up to 25 Tonnes while running at a maximum speed of 120 Kmph. Railways ministry expects that the locomotive will help in decongesting saturated tracks by improving the average speed of freight trains.

For easy tracking of the locomotive, authorities have installed GPS for strategic use through embedded software while an antennae is being lifted through the servers on the ground through a microwave link. The ministry hopes that the locomotive is going to be a game-changer.

Interestingly, the locomotive can run on both conventional OHE lines and on dedicated freight corridors with high rise OHE lines. Railways ministry said that the locomotive has a regenerative braking system that provides substantial energy savings during operations.

Madhepura Electric Loco Factory is expected to manufacture 800 such locomotives in the course of 11 years. The facility can make around 120 locomotives in a year. The plant is also expected to create over 10K direct and indirect jobs. So far, the joint venture has invested around INR 2000 Cr. The project, which was inaugurated by Prime Minister Narendra Modi in 2018, aims to transform the heavy freight transportation landscape of the country.