With close to 50% of its user base in the US, the Bengaluru-based startup is being used by schools in California, Michigan, Alaska and more 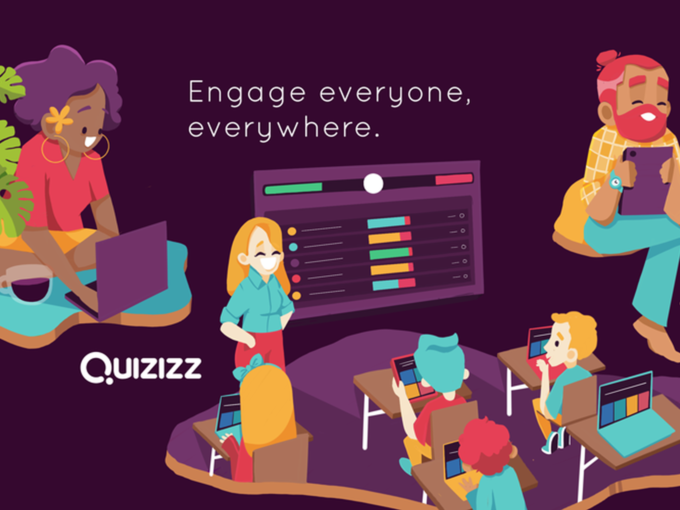 Claiming to support over 60 Mn users per month and with a presence in 65% of US schools, Quizizz will use the fresh funding to expand its team as it looks to improve support for school and corporate customers and accelerate international user growth. With close to 50% of its user base in the US, the Bengaluru-based startup is being used by schools in California, Michigan, Alaska and plenty of other states. The company has raised over $15.5 Mn in funding till date.

Founded by Ankit Gupta and Deepak Joy Cheenath in 2015, Quizizz uses the time-tested quizzing method to help people learn or teach topics and subjects around their interest areas, in-person or remotely. Following a freemium model, Quizizz is free to use, but extras such as detailed answer explanations, custom topic tagging and reporting, performance dashboard, analytics, premium question repositories and other value additions.

Creators, casual users, teachers and even business users have the option of choosing from 100+ Mn questions in multiple languages from Quizizz’s repository to create quizzes on any topic. The learning environment is less like a classroom so students or participants can answer at their own pace instead of feeling the pressure to keep up with others.

Besides it consumer-facing working with businesses and nonprofits around the world for employee engagement activities and corporate training. Some of its clients include AWS in the US, Discovery Network in Norway as well as Deloitte, who are using Quizizz for industrial and security training.

The company also claimed that its app is being used by teachers in over 150+ countries, including Indonesia, Kenya, Saudi Arabia, the UK, Australia. It recently recorded 65 Mn monthly active users (MAU), witnessing a 30% increase from the 50 Mn MAU in June this year. This puts it in the ballpark as global edtech players such as Udemy, Duolingo, Khan Academy and Coursera.

According to the company’s filing under its Indian subsidiary ‘Atqm Learning Solutions Private Limited,’ generated INR 3.1 Cr in FY19, a 40% increase compared to the previous fiscal year. The EBITDA was INR 34.5 lakhs, an increase of 29% compared to FY18. However, the company did not reveal the latest revenue figures, but claimed that ever since they started monetising in this quarter, it has been profitable. It recently launched a subscription model called Quizizz Super is priced at $19 to $48 per user per month, which is customisable for business users.