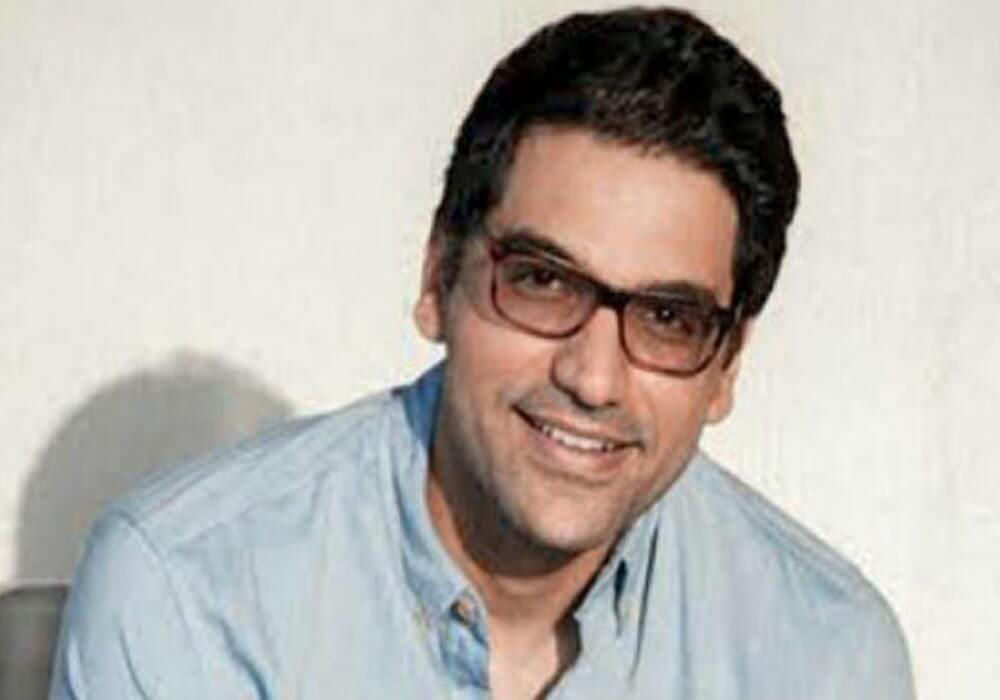 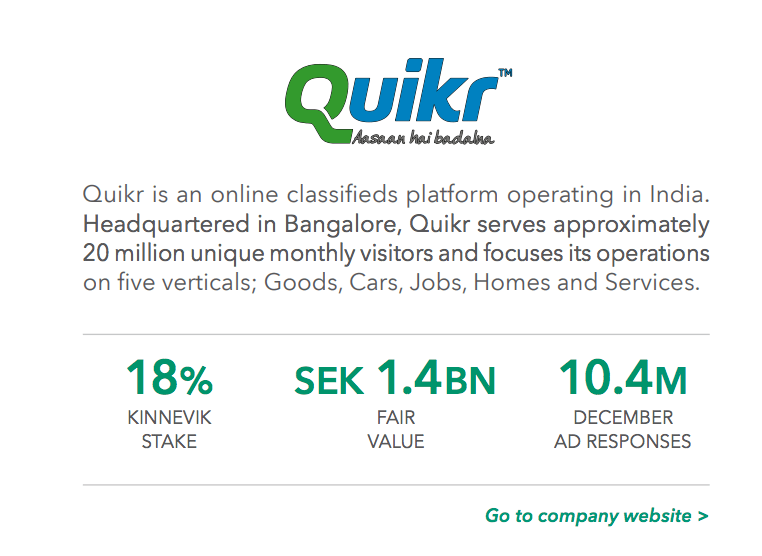 The valuation of Kinnevik’s shares in Quikr is based on the value implied by cash transactions made in secondary Quikr shares with various preferential rights and can be attributed to the currency fluctuation.

A similar incidence of valuation markdown also happened between MobiKwik and Bajaj Finance in January 2018, wherein due to a change in the conversion price of compulsorily convertible cumulative preference shares (CCCPS), MobiKwik’s valuation was readjusted to about $279 Mn from previous $327 Mn.

Quikr has raised more than $400 Mn from its existing investors which include Warburg Pincus, Tiger Global, Norwest Venture Partners and Omidyar Networks among others. Since it achieved the unicorn status in April 2015 after raising over $150 Mn Series H funding from Kinnevik, Tiger Global and Steadview Capital, its valuation has been seen fluctuating in the Kinnevik’s quarterly reports.

The last round of funding was raised in August 2016, where Quikr secured $19.4 Mn (INR 130 Cr) in a debt financing round led by Brand Capital.  Later in October 2016, Quikr got a 13% hike in its valuation from Kinnevik to reach a valuation of $1.47 Bn.  Further, in November 2017, a Financial Express report quoted Kinnevik’s quarterly report ending September 2017, stating that, “The fair value of Kinnevik’s 18% shareholding in Quikr amounts to SEK 1,498 Mn ($180 Mn) as of September 30, 2017, based on a total value of Quikr’s fully diluted equity of $1 Bn. The valuation of Quikr is based on a discounted cash flow analysis.”

Founded by Pranay Chulet in 2008, Quikr claims to have a user base of over 30 Mn per month. It is present in 1,000 cities in India and operates across 14 classifieds businesses including mobile phones, household goods, cars, real estate, jobs, services and education.

The growth in FY17 turnover had been, in part, due to the series of acquisitions that Quikr made in 2017 across real estate, hyperlocal services, online job search and other segments. Quikr reported a 55% increase in turnover to $10 Mn (INR 63.8 Cr) in FY17. As per its filings with the Registrar of Companies, the Tiger Global-backed company had clocked a turnover of $6.4 Mn (INR 41.2 Cr) in the fiscal year ending in March 2016.  The company’s upward growth trajectory is in line with its aim to hit profitability by FY19.

Quikr has been on an acquisition spree for quite some years now. The company has been diversifying its portfolio continuously and has acquired 13 startups including Zimmber, CommonFloor etc till date. Currently, the acquired startups account for up to 55% of Quikr’s overall revenues.

In February 2018, Quikr launched QuikrRealty after the acquisition of HDFC Realty and HDFC Red for a total of $54.8 Mn (INR 350 Cr). HDFC Red was merged into Quikr Homes.

In November 2017, it was also reported that Quikr would soon be rolling out an on-demand grocery and food delivery service. In the same month, the company floated a pilot of its hyperlocal fulfilment service in Bengaluru under QuikrEasy.

In May 2017, Quikr announced the acquisition of on-demand home services startup Zimmber for about $10 Mn. A month later, in June, it acquired blue collar jobs startup Babajob Services to strengthen its position in the blue collar jobs segment.

At the time when the company is bracing up for competition with Facebook Marketplace and OLX, the fall in valuation is bound to hamper the growth trajectory of the company.

Earlier, the subhead has been mentioned as, “In October 2016, Quikr Got A 13% hike in its valuation.”, which was not apt to the story. Hence, it has been now updated to the existing subhead. Further, in order to add more clarity to the story, some screenshots from Kinnevik’s annual report 2017 as well as data from Financial Express’ November 2017 report has been added to the story.