The fake degree case of the Delhi Law Minister, Jitender Tomar is a clear case of a corrupt handicapped system where anybody can escalate the steps of success through the wrong means. While researching for inputs regarding the same our team found out something amazing.

One of the leading classified sites of India, Quikr was using Google’s PPC (pay per click) advertisements for generating leads for fake degrees. 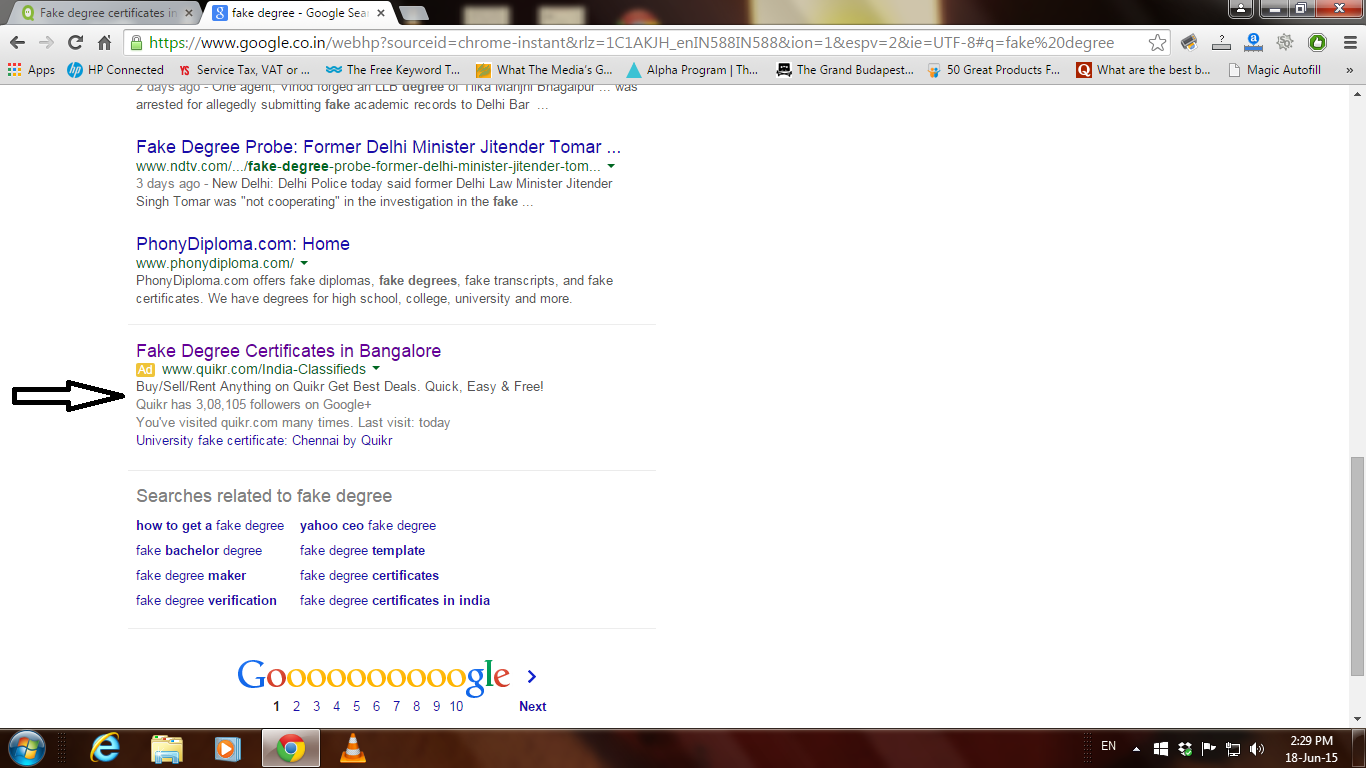 Though, Quikr can claim in its defence that they have clearly mentioned in their ads that these are fake ones, but aren’t generating leads for fake degrees also illegal?

Quikr can claim that it is just an aggregator and users can post any kind advertisement. One can argue, if users allowed to run Google PPC advertisements from Quikr?

When we clicked on the advertisement, the page redirected us here: 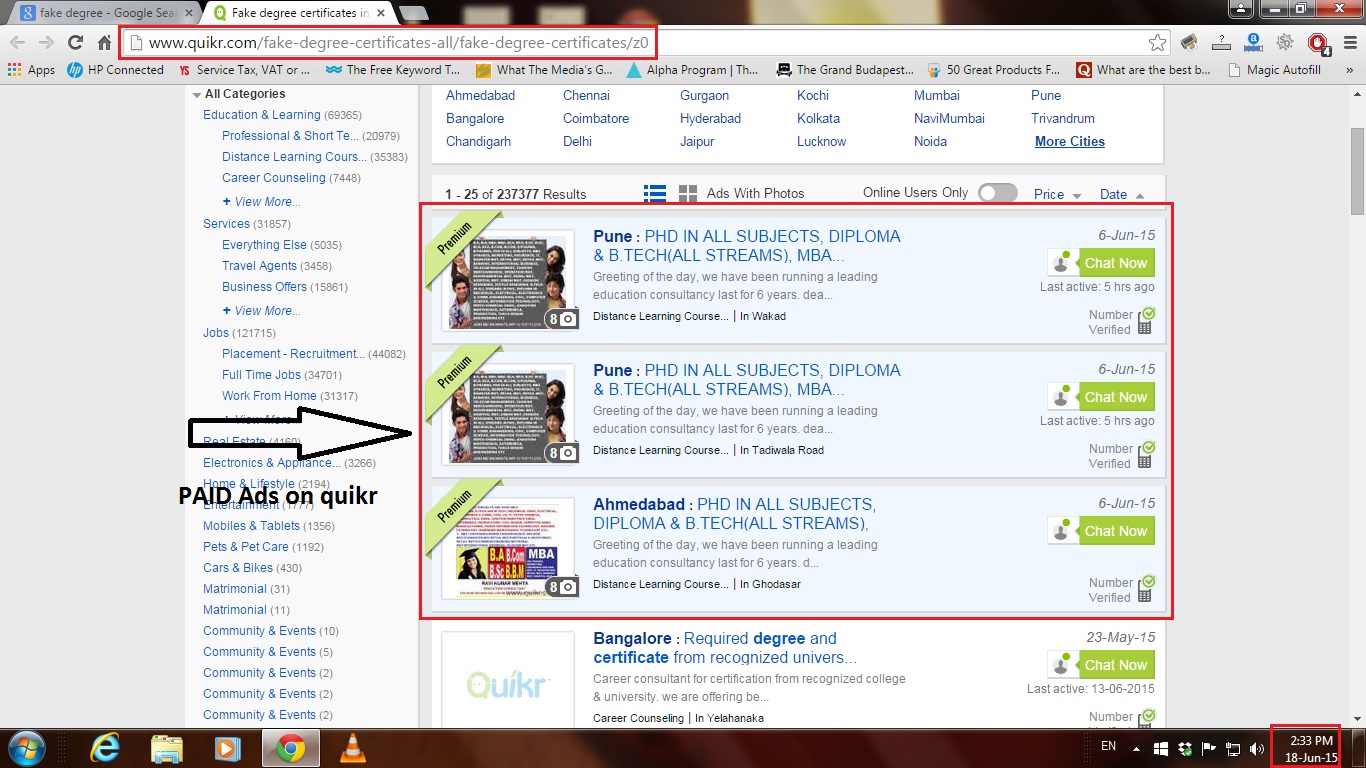 To our surprise we found that among hundreds of Fake Degree advertisements on Quikr. There were Premium ones too for which Quikr charges money.

If that was not enough, we’ll show you what happened when we clicked on the first link of the premium classifieds. 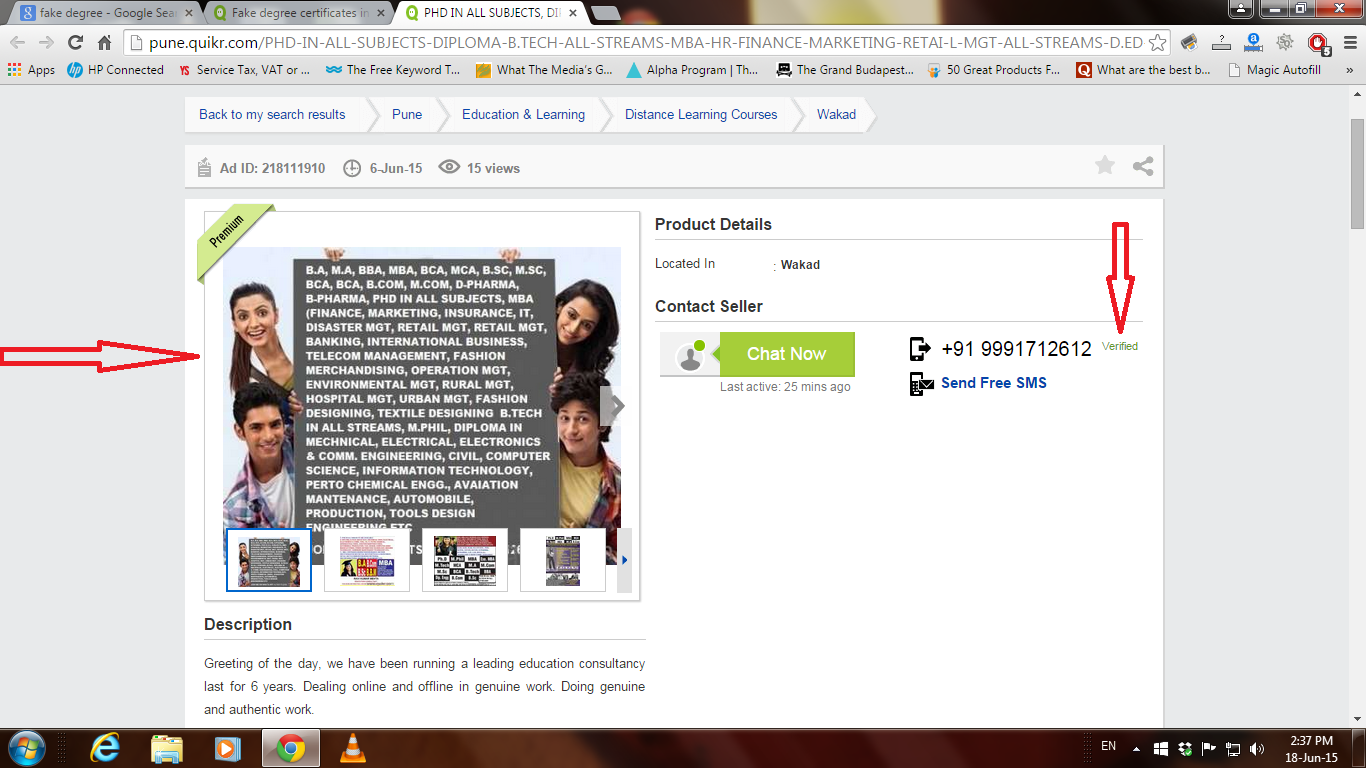 It opened up the detailed page of the advertisement where one can find the content of the ad which shows a vast range of stream in which the seller provides degree. It clearly shows that the number is verified by the Quikr, again the responsibility vindicates on Quikr.

The following screenshots show the description of the advertisement: 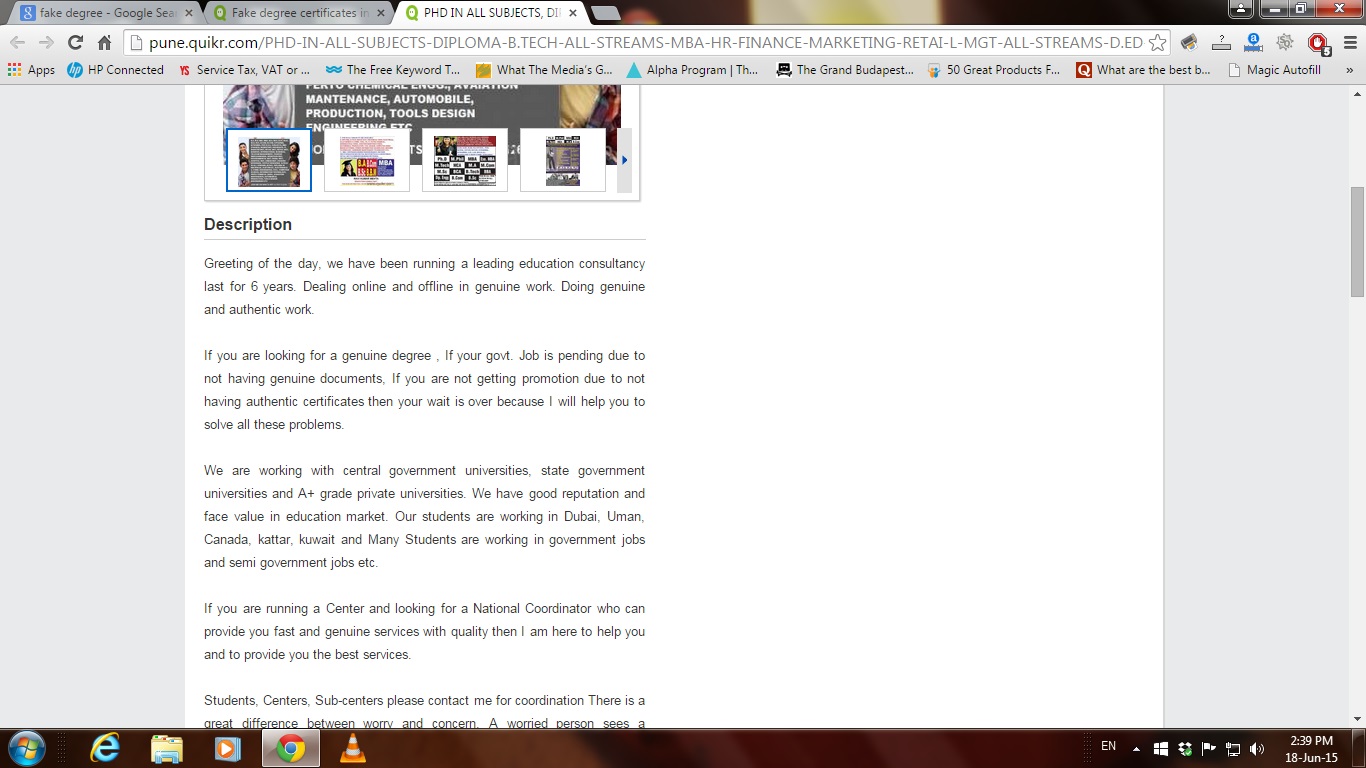 Controversies against Classified websites are nothing new to India but this time Quikr has crossed the line by showing controversial ads on Google and catering premium ads for fake degrees on its website.