Quality Or Quantity: What Do India’s Angel Investors Look For?

Quality Or Quantity: What Do India’s Angel Investors Look For? 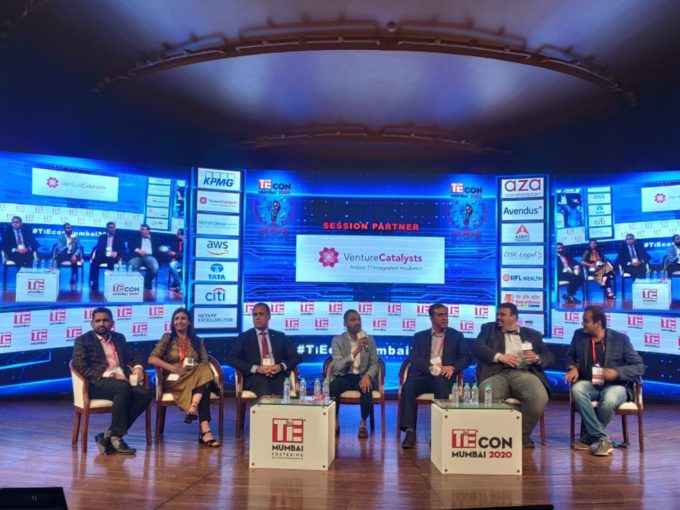 The Indian angel investment landscape has changed significantly in the last decade. From less than 50 angel investors, the Indian startup ecosystem now has over 2K angel investors in this decade, as per DataLabs by Inc42’s estimates. The rise of angel investments has coincided with the increase in the number of startups, and often successful startup founders have turned angels while still at the helm as we have seen in the example of Snapdeal founders Kunal Bahl and Rohit Bansal, or after their exits as in the case of Sachin Bansal and Binny Bansal.

But with failed startups outnumbering successful ones, startup founders and entrepreneurs may not always be in the position to lead angel investment rounds. So the question is are there enough angel investors in India.

At a recent industry event in Mumbai, Blume Ventures managing partner Sanjay Nath, 100X.VC founder and partner Sanjay Mehta and Artha Ventures managing partner Anirudh Damani dove into the topic. Joining them were Venture Catalysts cofounder Anuj Golecha, LetsVenture founder Shanti Mohan and Global Entrepreneur Programme founder Alpesh Patel. The panel laid emphasis on the role of India’s angel investor community so far and how it has boosted the ecosystem. The debate was moderated by Vaibhav Vardhan, cofounder and CEO of Inc42.

The Dynamics Of Angel Investing

Mohan also elaborated that angel investors can be categorised into three classifications — Lead, Validators and Followers. Lead investors are the ones who lead a lead an investment round, Validators help validate the startups, whereas “Followers” are the investors that offer smaller ticket size and follow the trends of other investors.

“You know, you have to have privileged access and this is exactly what we are trying to disintermediate. Anybody who has a little bit of corpus and little understanding of the asset class should be allowed to invest,” she added.

Venture Catalysts’ Golecha also noted the lack of quality among some angel investor groups in India and their questionable knowledge of the domains they are looking to invest in.

Nath brought up the “mob mentality” in the funding round, where angels follow each other. “Suddenly you have 600 people running after a company. At the end of that, you have 50 unconnected people [investors] on the cap table.”

The Blume Ventures’ managing partner added that most angel investors have nothing else to offer to the company beyond a cheque.

100X.VC’s Mehta, who has backed companies at an early stage added that these investors also feel the “onus of the company,” and want to be updated about business.

Are Angels Getting Wary Of Indian Startups?

Talking about the perception that the number of angel investors has fallen in the last couple of years, Mohan added that the lack of leads in angel investments gives a picture that there are fewer angel investors in India. “We have seen it on our platform that a lot of people who start off as followers, go on to become validators and leads. You just have to give them that access,” LetsVenture’s Mohan added.

Mehta noted that looking at the current growth of the Indian startup ecosystem, there is a need for more angel investors. He also said that there will hardly be 100 angel investors, who have a portfolio of more than 20 companies and this is because angel investors “come and go.”

As per DataLabs by Inc42, between 2014 and 2017, 1410 angel investors participated in just one deal and 192 invested in two startups. Only about 175 angels participated in three or more deals, validating Mehta’s point.

“There is more and much more to be built in India in the next decade and that’s going to happen through angel investors. And quality is something very subjective in the minds of the people. I am more than sure that there are enough angel investors, if the founder is able to pitch the idea in the right manner, he will get money,” Golecha added.