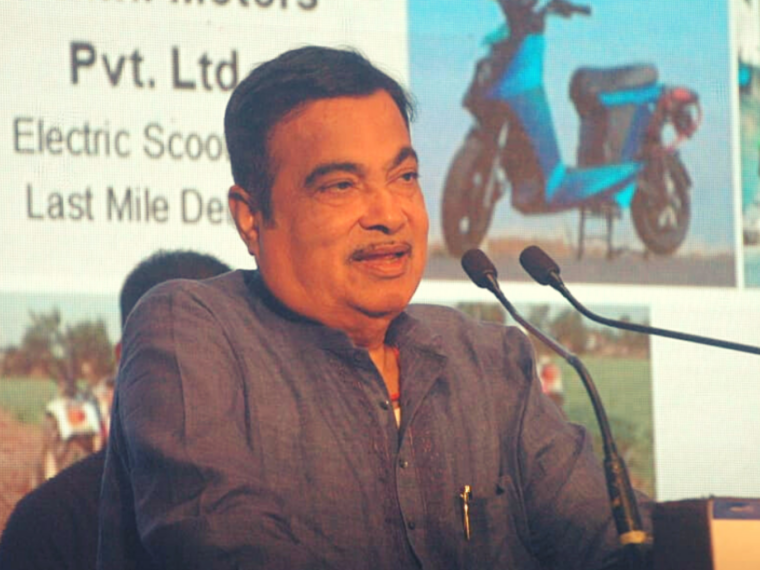 Road Transport and Highways Minister Nitin Gadkari on Friday (May 6) said that the use of electric vehicles (EVs) is rising in the country and Pune has the potential to become a transport hub for these vehicles.

Speaking at a function at Pune’s Science and Technology Park, Gadkari said that there is a lot of scope for startups in the automobile industry.

The minister inspected a selection of startup products related to transport and commuting, and virtually inaugurated Green Joules, a startup under the Park that converts agro-industrial waste into usable diesel fuel.

He once again batted for the use of biofuels in the country. “The new technology with the use of ethanol, and other biofuels are cost-effective, pollution-free and substitutes for imports,” he said.

Talking about India’s automobile sector, the union minister said that industry is growing in India, and major manufacturers want to export their products from the country. The automobile industry can create a lot of job opportunities in the country, he added.

Gadkari also emphasised the need for coordination, cooperation and communication about new technologies with the various government departments, and said there is a need to focus on research and startups as per the local needs.

The Science and Technology Park in Pune (STP), which was established in 1986, is promoted by the Ministry of Science and Technology. It promotes science and technology innovations and entrepreneurship. It has invested nearly INR 13 Cr (about $1.75 Mn) in 81 startups working in various sectors such as electric mobility, waste processing, renewable energy, pollution control, health and diagnostics, and education, among others.

The burgeoning EV sector  in the country has seen a slew of deals in recent times. Earlier this week, Jindal Mobilitric, a subsidiary of Jindal Worldwide, forayed into the EV segment by acquiring Mumbai-based EV startup Earth Energy EV for an undisclosed amount.

In the same month, electric mobility startup Prakriti E-Mobility secured an undisclosed amount of lead investment as part of its pre-Series A funding round, led by IEG Investment Banking Group. EV manufacturing startup Euler Motors also raised about $5 Mn as part of its Series B funding round from Moglix. Its investors include QRG Investments and Holdings, Inventus Capital India, Blume Ventures, ADB Ventures and Jetty Ventures.