Among those in attendance were names such as Sanjay Mehta, 100x.VC, Clevertap cofounder Anand Jain, LogiNext founders Dhruvil Sanghvi and Manisha Raisinghani among others

The event was supported by ekincare and our sponsors—Times Internet, AWS, Paytm, WebEngage and NetApp Excellerator 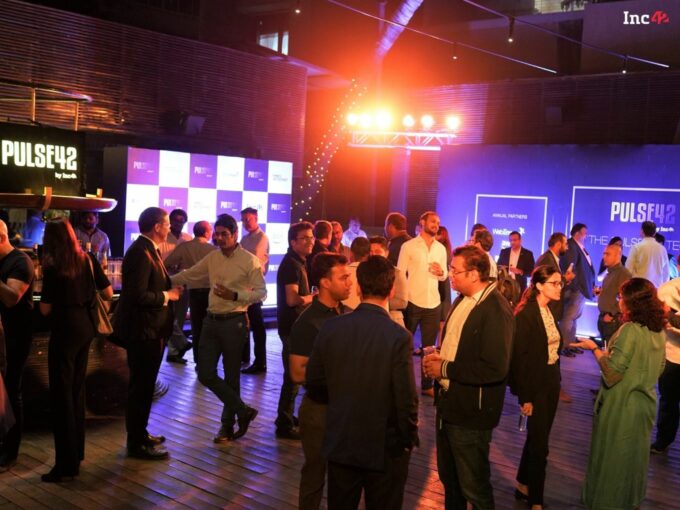 “Meeting old friends, fellow founders and the investor community is always great, but it’s the vibe at Pulse42 that makes all the difference. ” — Anand Jain, cofounder, Clevertap

Among those in attendance were names such as:

Known as the financial capital of India, Mumbai is the third-largest startup hub in India in terms of funding and startups. The city witnessed a slowdown in 2019 with the number of unique startups funded going down, as per Indian Tech Startup Funding Report Q3 2019, by Inc42 DataLabs.

But with big funding in the new year for startups such as LogiNext, InCred and more, it is perhaps a sign of things taking a turn.

With the breathtaking view of the Juhu Beach and light evening breeze, those at Pulse42 got a break from the day-to-day work and earned a well-deserved break. As they focussed on relaxing, the conversations kept flowing along with some great cocktails and sumptuous food. With such an easygoing vibe, networking became much easy even for those who were at their first Pulse42.

“This is the only way we can take a break from working and meet the other people who are also in the same industry as us. We cannot attend conferences for networking because of our schedule, but events like Pulse42 condense the same experience in a few hours,” said Testbook cofounder Ashutosh Kumar.

At Inc42, we have always focussed on not only covering the ecosystem in-depth but also contributing to this ecosystem in every way we can. Our events such as Pulse42, Mixer by Inc42 and more, all aim to help the enablers as well as the entrepreneurs relax and unwind and help them initiate conversations and talks which otherwise require a lot of appointments and more. This also makes it easier for the attendees to forge bonds, collaborations and partnerships that go beyond professional needs and requirements.

The event turned out to be a huge success, with the support of ekincare and our sponsors—Times Internet, AWS, Paytm, WebEngage and NetApp Excellerator. Stay updated with more such upcoming events and initiatives by Inc42, and keep following us to know what’s coming next. To check out all the fun of Pulse42 in Mumbai, click here.