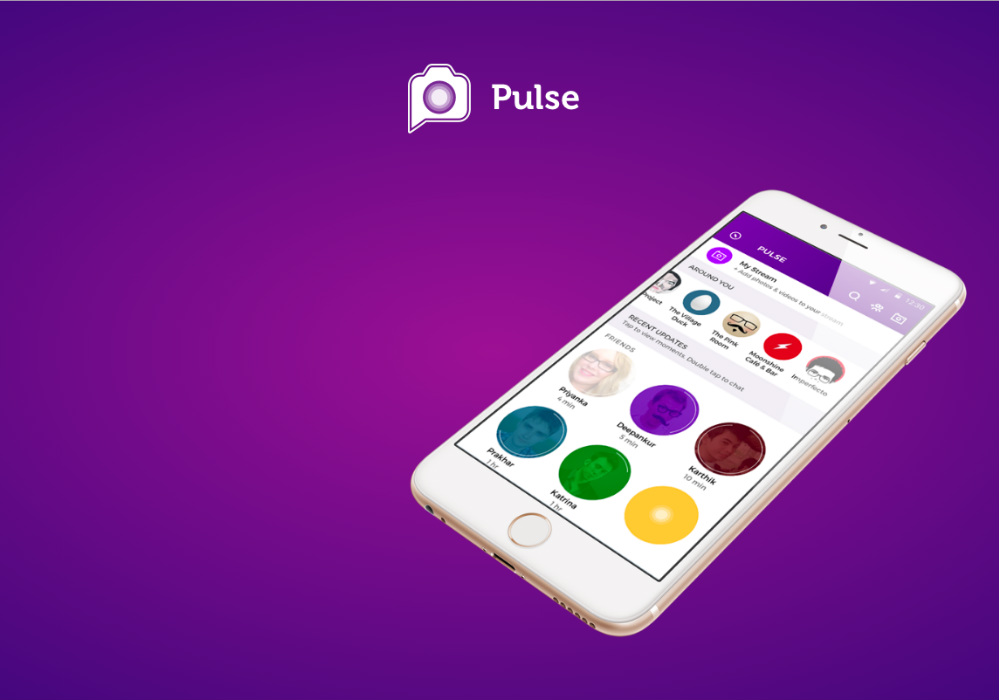 “College and school students in India did not have yet have a platform that was built from the ground-up for them and this had created a white space for a product to emerge. We really like the way the team has gone about building a platform that provides young users relevant content in the form of full-screen multimedia rich stories, which is something they understand the best,” said Mayank Khanduja, SAIF Partners.

Launched in October 2016 by IIT Roorkee alumnus Karthik Vaidyanath and Prakhar Khanduja, Pulse is a product of Instalively Livestreaming Pvt. Ltd. Instalively claims to be the world’s first mobile app which can live stream to YouTube, Facebook and Twitter in a tap.

After the success of InstaLively, the company thought to step into the hyperlocal content sharing space and came up with Pulse – a mobile app which provides users a full-screen visual experience of streams of colleges around them, with customised stickers to make the experience more fun and engaging.

As Prakhar recalls, the idea of Pulse originated when his nephew told him how he misses events in his college. The founders then went on ground for three months and met over 5,000 kids from various colleges and schools across India to understand how they think. They also managed to get some college interns, to work collectively on the features to be added in the app.

“This exercise also showed us how users today quickly prefer adding a sticker to their pictures to express their emotions over typing a caption, which itself is a huge market. And with the feedback we’ve got, Pulse has made content creation more intuitive for users. Pulse is the first consumer app in India which is made by the college kids and for the college kids,” added Prakhar.

The core idea behind the app was to create a platform for the millennials, where they would not only consume content that is locally relevant to them, but also create and share it with a very geo-specific community.

Moreover, the app has been designed to suit the Asian millennial target market, as it utilises minimal internet bandwidth and one can view content as well as post completely offline.

What’s In It For The Users

Similar to Facebook, one can set the privacy settings for the posts. The posts can be shared just to friends or a particular university group or locality. Also, one can choose to make the posts or video streams public.

The app also has curated sections of stickers in English and Punjabi, to give a visual appeal to the college related information. There are plans to introduce more regional languages stickers in next few months too.

As of now, Pulse claims to have over 12,000 downloads with almost 30% of its users posting daily, with a daily average users/monthly average users ratio of ~25%.

According to a company statement, the ability to add highly relatable locally-relevant stickers to the images has been received extremely well by the college communities and, to date, the startup has roped in 60 major colleges around the Delhi-NCR area through their community Programme.

Pulse further aims to be the de-facto app for millennials to know what’s happening in the college communities around them.

With the freshly raised funds, Pulse aims to expand its presence to other cities including Pune, Bengaluru, Mumbai, Chandigarh, Manipal, Chennai, Hyderabad, etc., and to ramp up its technology team. The iOS app is under beta testing stage across 15 colleges, and the team plans to release itby the end of this month.

Also, the team is currently in talks with investors in India, China & the US for a larger round.