With the pandemic, even restaurants have been aggressively moving online 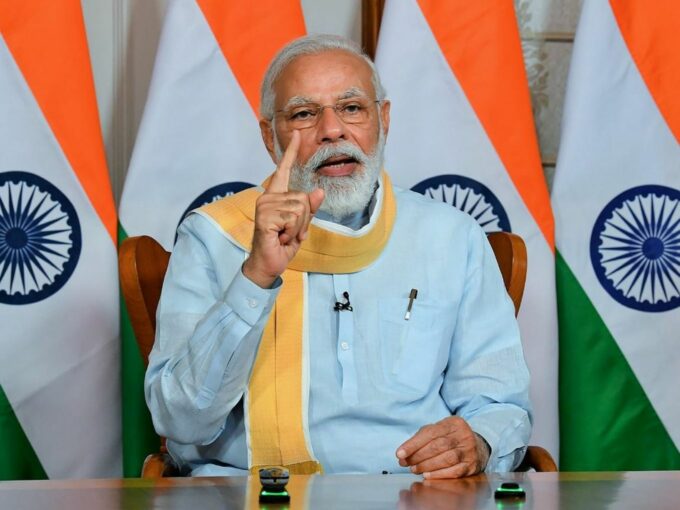 Prime Minister Narendra Modi, on Wednesday (September 9), said that the government is making efforts to provide an online delivery platform for street food vendors to help them sustain during the pandemic. Besides this, this will also put these local street vendors at the same footing as big restaurants and hotels.

The initiative will be taken under PM Street Vendors’ Aatmanirbhar Nidhi or PM SVANidhi scheme which was launched on June 1 to help poor street vendors impacted by the Covid-19 pandemic resume livelihood activities. PM Modi has assured that the scheme benefits over lakhs of people, and has provided identity cards to more than 4.5 Lakh people in Madhya Pradesh the last two months.

Modi also held an interaction with street vendors’ in Madhya Pradesh. After his interactions, Modi in a televised address said, “A scheme has been prepared to provide an online platform to street food vendors by using technology. This means, the street food vendors will be able to make online delivery like big restaurants. Efforts are being made to provide this kind of facility.”

Modi also highlighted that the use of digital payments has increased during the last three-four years and its importance was released during the Covid-19 pandemic. He explained that now the customers avoid making payment in cash, and prefer to pay through their mobile phones.

“A new beginning has been made by the banks and digital payment system providers,” Modi said.

The digitisation of the street vendors comes off as a welcome move, especially when the entire food industry is undergoing a makeover. All dine-in services have been hampered as the pandemic in India gets worsened. Even restaurants, big or small, are looking to create an alternative source of revenue in the anticipation of the worse.

In a conversation with Inc42, Ashish Tulsian, cofounder and CEO of restaurant management platform POSist, said that no restaurant is going to do a dine-in only model again, there will always be a hybrid approach. He noted, “Everyone will have to move to a brand, every restaurant will have to think of their product as their menu and their name as the brand. That brand will have different manifestations, and one of them is going to be cloud kitchens.”

Though comparing street vendors and the restaurant industry may seem like an exaggeration at this point, but the fact is that India has been actively trying to move the small, medium businesses (SMB) into digital domain. This would come as a positive step in giving street vendors an equal opportunity to create revenue streams and sustain themselves at times of crisis.