It will support operator specific applications such as monthly passes, season tickets etc 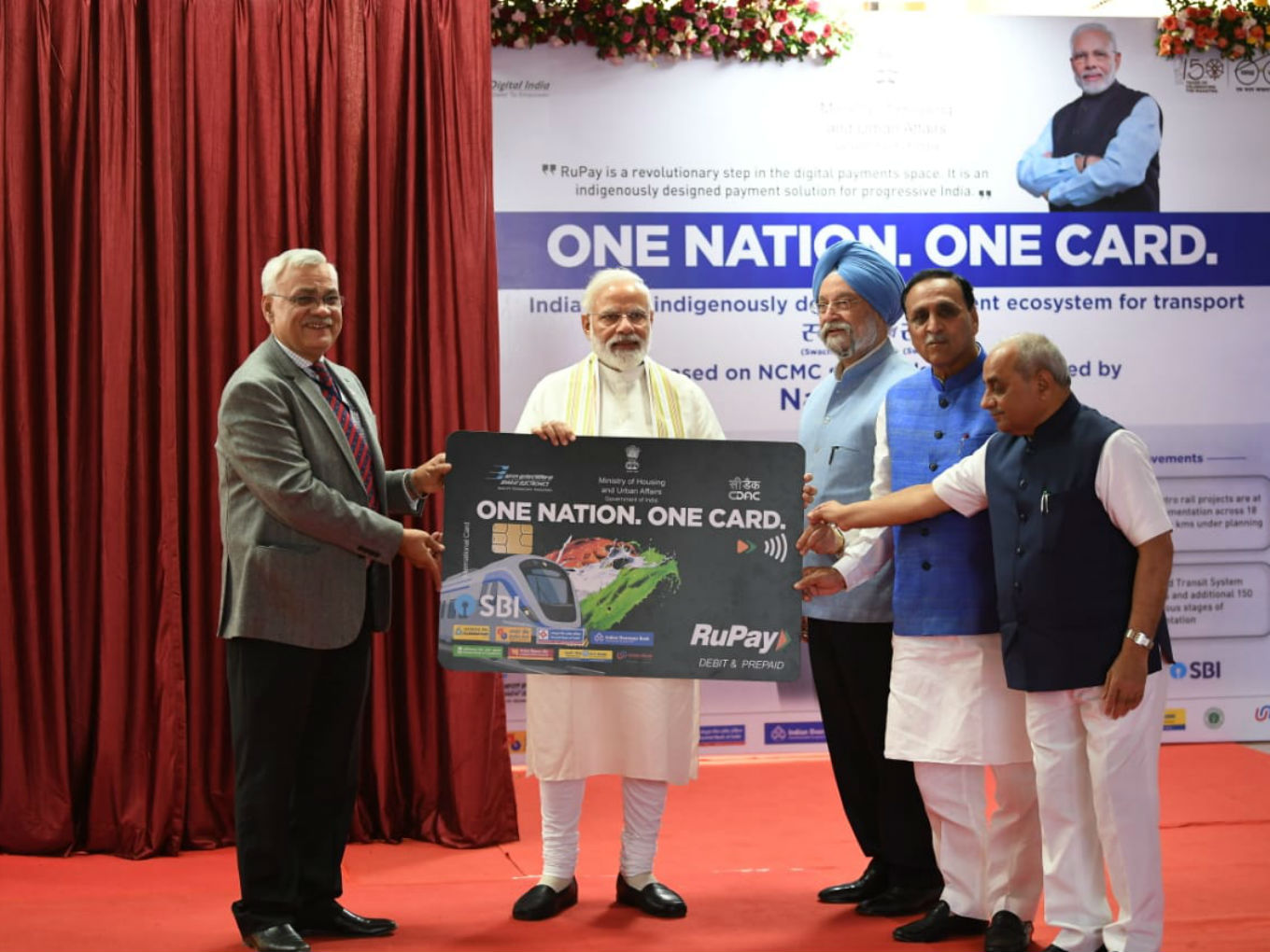 This will allow users to pay charges across multiple kinds of transport including metros and other transport systems across the country.

“These are bank issued cards on Debit/Credit/Prepaid card product platform. The customer may use this single card for payments across all segments including metro, bus, suburban railways, toll, parking, smart city and retail,” the official statement noted. 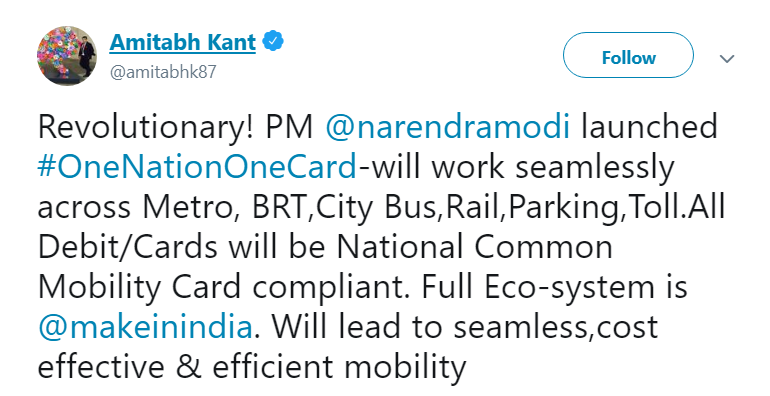 The stored value on the card will also allow offline transactions across the country reducing the financial risks to the involved stakeholders. The card will support operator specific applications such as monthly passes, season tickets etc.

The card was launched when during the inauguration event of 6.5 Km stretch of phase one of the Ahmedabad Metro.

While speaking at the event, Modi explained that this common mobility card has been basically merged with the RuPay card thus allowing people to not only pay the commute charges but also withdraw money. 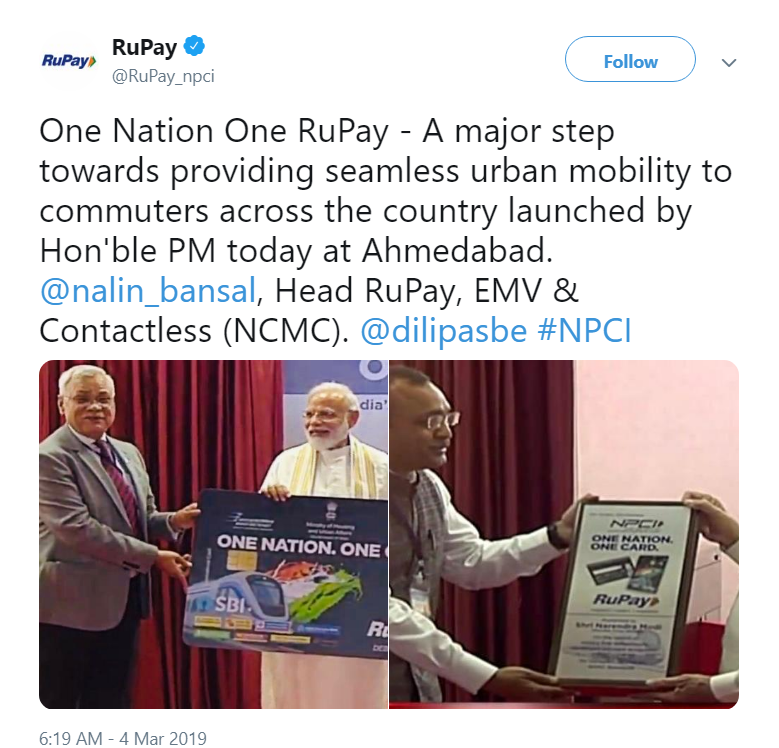 Public transportation forms an important part of India. Recently it was reported, a study titled ‘Ease of Moving Index’  by cab aggregator Ola Mobility Institute showed that 80% of people in cities would prefer using public transport rather than their own vehicles.

The study data also revealed that Chennai has the highest number of people using public transportation while the lowest number was recorded in Mumbai.

Till date, people had to purchase different subscriptions, cards and tickets for different modes of public transport. Further, a transport card of one state was not applicable to other states.

In order to eliminate this problem, the Ministry of Housing & Urban Affairs (MoHUA) came up with the National Common Mobility Card (NCMC) Program.