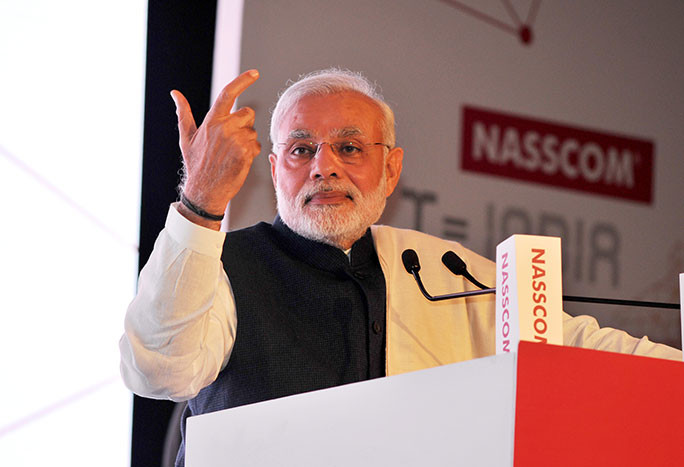 Everyone has the same question in mind,

Will this visit actually change anything for the Indian startup ecosystem or will be just another one of his many foreign business trips?

Starting today, we guess the answers will become clearer about the writing on the wall.

One of the highlights of his trip is visit to Facebook’s office and interact with CEO and founder Mark Zuckerberg. The two will discuss “how communities can work together to address social and economic challenges,” Zuckerberg said in a post on Facebook on September 12. Zuckerberg also invited questions for the event which will be held on Sunday, September 27 at 9:30 am pacific time. 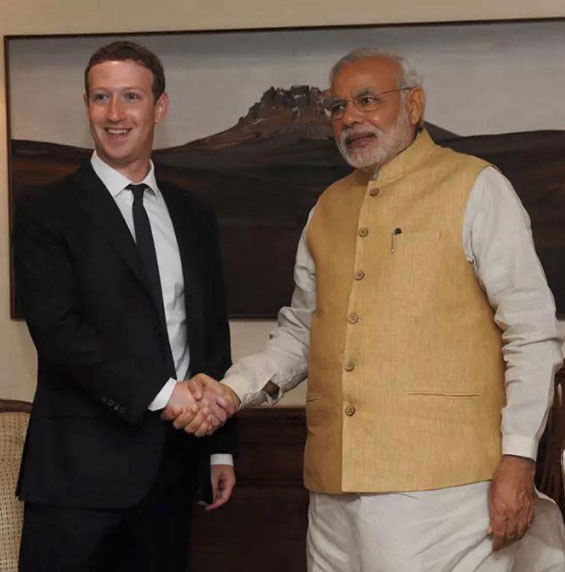 Interestingly, many questions posted to Zuckerberg centre on, “If Facebook can open an office in India and promote more jobs to censorship to slow internet speeds in India to lodging grievances about the reservation system in India.” Many have also posted questions about, “How Facebook can collaborate with the government to address grievances about government organizations, caste agendas, the ‘Startup India, Standup India’ slogan and entrepreneurial opportunities.” The next few days hold the answer to these questions on the mind of Indian people.

Meanwhile, startups have their own expectations from this visit. Many are hoping that the exposure to Silicon Valley’s startup culture would inspire Modi to put into implementation policies which will foster the same entrepreneurial spirit back home.

Ritesh Agarwal, CEO & Founder, OYO Rooms, said, “I feel extremely proud that for the first time in three decades, our Prime Minister has taken the initiative of going to the hub of global entrepreneurship. In India the startup space is burgeoning with young entrepreneurs who have the courage to develop great ideas into reality and to push the boundaries with innovation. At this optimal time, Mr. Modi’s presence there will help increase the trust of the world’s leading investors in the young entrepreneurs of India.”

While Modi’s government has launched a lot of initiatives like Digital India Project, the ‘Startup India, Standup India , Make in India campaign, and the Jan dhan Yojana which will boost the startup culture, digitization, and mcommerce, there is much more desired to be done.

The ease of opening a business in India is still a pain point. With India languishing at 142nd on World Bank’s Doing Business Index, there’s of course, much that needs to be done to ease entrepreneurship in India. In this direction, one step that the government took was to simply the company registration form. A private limited or one-person company (OPC) is now simpler and quicker to form, with this form called INC-29, which combines three separate applications, for the Director Identification Number, company name and final incorporation. So, while entrepreneurs had to previously wait for one procedure to be completed to begin the next, all three are now processed simultaneously.

However, while incorporation has been shortened, the various licenses and certificates still take around 40 to 50 days to obtain. And there’s duplication everywhere. Compare the scenario with the top 50 countries which enable entrepreneurs to start a business,in 7 to 10 days. Maybe this is something which Modi needs to bring back from the Silicon Valley to India’s culture by soaking in more of US’s startup friendly policies during his visit.

Says Beerud Sheth, CEO and co-founder, Teamchat, “ Prime Minister Modi’s trip to Silicon Valley is a great opportunity to take back a few important lessons on streamlining regulations and fostering entrepreneurship. If the system enables Indians to have the same impact in India that they have in the valley, it will radically transform the country, even the world.” 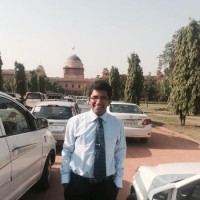 Ritesh Malik of Project Guerrilla stated, “There is a lot to learn from the Silicon Valley. It’s a very much mature ecosystem, way more mature than ours. The PM should focus on intellectual thought exchange between Indian entrepreneurs and Silicon Valley. There should be government aided monthly programs to help entrepreneurs realise the global perspective of starting up, growth hacking and globalisation of their companies. The PM should invite Ycombinator and Techstars to start an Indian campus to help innovations reach masses.”

Echoing similar sentiments was Pradeep Sajjan, CEO, Room on Call, who stated, “It seems that our PM’s itinerary is full of meeting the established and grown up companies that were once startups. I hope the PM’s entourage understands how business enablers from government and infrastructure helped them start and more importantly, grow; how the financial policies helped nurture their growth through the initially confusing times; how the state and federal framework went easy on them in their nascent stage; and how the technology infrastructure (internet, banking/payment, transport, power etc) was made available to startups. Can startups here get something in terms of flexible policies?” 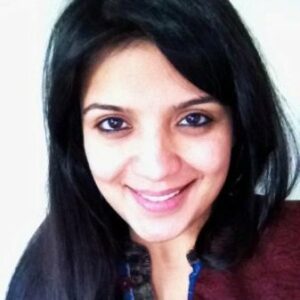 Aditi Avasthi, CEO of Embibe, added, “ It will be great if Modi could  focus on learning from the regulatory framework for startups in the valley to truly make India a startup nation.”

Another expectation from him would be to create more visibility for Indian startups in the Silicon Valley to make way for more alliances amongst startups based in the two countries. This will not only make a way for Indian startups to get easier access to Silicon Valley but also benefit the startup culture in the country and boost innovation. More so, it will lead to greater mergers and acquisitions between startups based in two countries.

PM Modi’s visit to Silicon Valley can act as a new beginning for Indian startup ecosystem, can help in building closer ties between Silicon Valley and India. It can open up an area to implement right policies for capital gains increasing investment from SV in India. This visit can build a strong Bridge between SV and India wherein knowledge transfer smoothen up, lots of investment opportunities open which facilitate the startup ecosystem in India, Saurabh Singla, co-founder of Lazylad said.

Many US based venture funds now regularly invest in Indian companies. The visit should try to portray India as a more attractive destination to park venture capital as compared to other Asian nations. 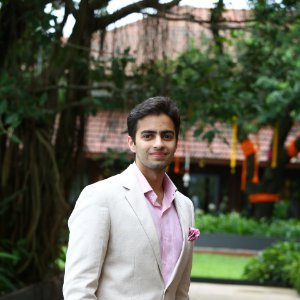 Utsav Somani of LetsVenture, said, “ I hope this visit increases visibility and helps in forging some strong alliances in terms of M&As (not just acqui-hires) and results in some reverse brain drain.” 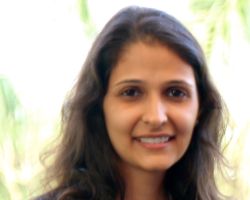 Monaaz Mistry of Lead Angels, “What most Indian startups are looking at are easier visas to the US. Also if they wish to recruit people from India they find it very difficult both in terms of cost and time. The US government could consider making these easier and affordable for Indian startups. What Indian government could also do is make it easier for NRIs to invest in Indian startups. There is now a huge amount of paperwork required for NRIs who wish to invest in startups through their foreign currency accounts making it unviable for small investments.” 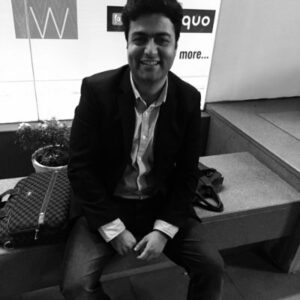 Umair Mohammed of Wizgo Technologies stated who plans to make his startup a global entity and US being a big market, believes that this visit will hopefully have a positive impact and ease channels for companies that want to have a overall global impact and not just limit themselves to Indian market.

Sulakshan Kumar, Co-Founder and CEO, MySmartPrice expects the prime minister’s visit will add increasing influx of capital and investment. He also believes that the recent announcement of several smart cities across India will hopefully be met with this increased influx. 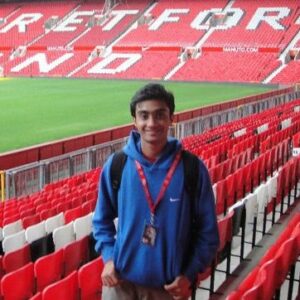 Advitiya Sharma, co-founder, Housing.com, says, “Over the next decade, India and US will be the two global super powers. And our joint “Startup Power” will have a huge impact across the globe. If US startup ecosystem through various alliances (MOU’s, Partnerships, Incubators etc.) shares their DNA (Knowledge, Experience) of how they built the Silicon Valley and India shares their cutting edge disruptions, over the next decade. Then both the super powers will together transform the world to unimaginable limits. I strongly hope that PM will be successful in laying a foundation of strong alliances in tangible ways.”

Vishesh Goel, co-founder of FitMeIn too expects that the visit would help Indian startups get substantial amount of VCs who would invest more and more in the growing startups.

Startups are also hoping that his visit to Tesla would enable him to put more impetus on fostering more green technology companies in India, thereby leading to a rise in investments in this sector. While the government has shown its penchant to a cleaner India with its Swachh Bharat campaign, but more than the customary lip service, what’s needed is a push to help companies innovate to actually promote sustainable business and technologies. Modi could imbibe a lesson or two from Tesla and take some steps back home to boost incubation of green technologies in India. 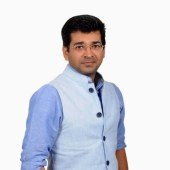 Lastly, startups also wish that the PM is able to foster a pan-India spirit of entrepreneurship. This is not possible by fringe elements of the ruling party who can anytime hold the fragile ecosystem to ransom. Case in point, the recent ban imposed by the Gujarat government on mobile internet and text message services in the state. Though the ban was for a short duration, yet it caught the startups by surprise, and affected their operations. With the plans to create SMART cities across the country being implemented, such internet bans would spell doom for women safety, street monitoring, online health monitoring services, banking, solid waste management systems and ecommerce.

“I suspect, post this visit to the valley, the PM will have an even higher appetite to make innovation and entrepreneurship succeed in India. The valley vibe is pretty powerful, from anyone starting up to heads of states,” said, Jasminder Singh, CEO, NowFloats.

Vipul Aggarwal, Founder of Goodservice stated, “Wherever Modi has travelled to, he has brought back business to the country. There are high hopes from the Prime Minister. I expect Modi to speak about the rapid emergence of India’s start-up/tech scene and share some of our success stories like Flipkart, Zomato, Ola etc. This will attract both, more investments & more talent to the ecosystem.”

Ravi Kiran, Co-founder of VentureNursery stated, “I hope the PM can help create an Innovation Hotline between the Silicon Valley and India, making ideas and innovations travel with flui​dity, achieving deeper engagement between entrepreneurs between the two geographies and helping create a wave of global tech companies from India.”

The next few days will reveal how much of Silicon Valley’s free culture of innovation and entrepreneurship will affect Modi. His visit is short but is long enough a window for him to gauze what has the Valley got right which can be emulated back home. It is too utopian to say that drastic changes will be affected in the startup ecosystem of the country post his visit. But it is not wrong to say, that such an eye opening experience in the world’s most entrepreneurial and free spirited places of all, would definitely shape his view about what things should be done back home to bridge the gap between the two cultures.

As the Chinese saying goes, “The best time to plant a tree was 20 years ago. The second best time is now.” It’s high time PM Modi sowed the seeds of a healthy start up ecosystem in the country.