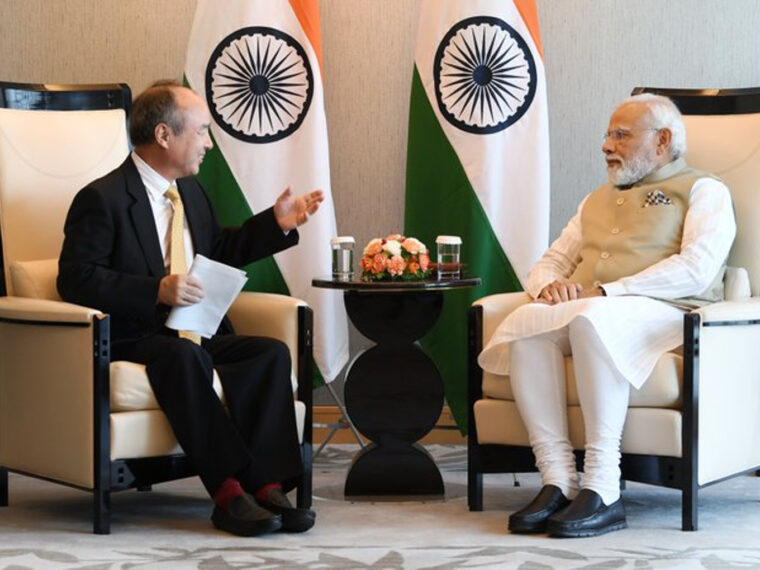 In 2021 alone, the investor pumped over $3 Bn into the Indian startup ecosystem across 17 deals

To facilitate SoftBank’s future participation in India in key areas such as technology, energy and finance, the duo discussed various reforms that can be undertaken

Prime Minister Narendra Modi is currently in Japan on a two-day visit to attend the Quad Summit 2022. On his first day, among other leaders, the Prime Minister met Masayoshi Son, board director and founder of SoftBank Corporation.

According to the PMO, PM Modi appreciated SoftBank’s role in India’s startup sector and the duo discussed SoftBank’s future participation in India in key areas such as technology, energy and finance.

They also discussed various reforms being undertaken to enable the ease of doing business in India. The PM’s office stated in a press statement that specific proposals were shared with SoftBank where it could enhance its investments in India.

According to ANI, Son was quoted saying, “India is growing quickly and there are new startups and unicorns every day. I think India’s future is bright. PM Modi is committed to the success of India – supporting startups, unicorns and making India the centre of tech in the world.”

Of these, the investor invests in Indian startups via the Vision Funds. In 2014, SoftBank had set a decade-long target of investing $10 Bn in Indian startups. By 2021, it has already invested more than $8 Bn in India across 60+ funding deals, on the road to achieving its target much ahead of the stipulated timeline.

In 2021 alone, the investor pumped over $3 Bn into the Indian startup ecosystem across 17 deals — major names include Meesho, Mindtickle, Zeta, OfBusiness and reinvestment in Flipkart, among others.

Then in December 2021, SoftBank Investment Advisers CEO Rajeev Misra said that the investment giant would invest another $10 Bn in the Indian startup ecosystem, especially in B2B SaaS, fintech and edtech – an idea reiterated by Son.

Thus, it came as a shocker when Son told SoftBank executives to ease investing in tech firms.

As Masayoshi Son and PM Modi discussed the country’s startup ecosystem during the trade meeting and security dialogue between Australia, India, Japan and the US, it is noteworthy that Indian startups are heading towards a market correction.

Add to this, the global decline in investments in publicly-listed tech giants with super-high valuations does not paint a rosy picture, especially for late-stage investors including SoftBank – who have the most turnaround on their investments when these startups go public.

Although India is currently home to around 40K startups, many companies are shifting their headquarters to Dubai, Singapore and Switzerland, among others, to be close to their investors or have better ease of doing business.

Facilitating dialogue and specific proposals with one of the Indian startup ecosystem’s major international investors ensures that the market corrections happen smoothly.