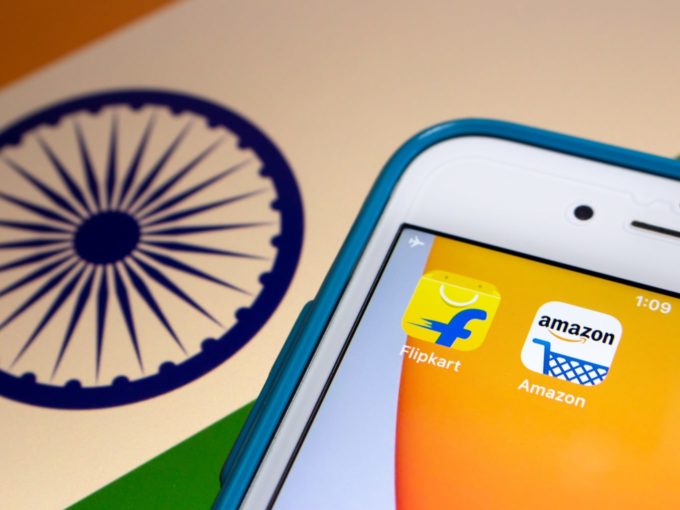 Calling out anti-competitive practices of ecommerce companies like Amazon India and Walmart-owned Flipkart, India’s commerce and industry minister Piyush Goyal accused the platforms of forum shopping, in a bid to block the Competition Commission of India (CCI) antitrust probe.

The minister said the companies should cooperate with the investigation if they were doing honest business. He added that their reluctance showed they weren’t doing it right. The minister’s observation comes at a time when the Karnataka High Court is expected to pronounce its judgement on whether CCI can investigate the two companies or not.

The division bench consisting of Justice Satish Chandra Sharma and Justice Nataraj Rangaswamy concluded hearing the arguments presented by Amazon, Flipkart, CCI and other parties, reserving its judgement on June 25.

“…when questioned about it they keep fobbing off, delaying giving you the information and when people complained to the Competition Commission of India, they immediately started forum shopping.” he was quoted as saying at a webinar. He added that the companies display “arrogance” because of their financial backing.

Forum shopping is a practice where litigants file their legal case in a court which they believe is probable of providing a favourable verdict. Goyal said that these companies keep taking the matter from court to another which would be odd for companies that have nothing to hide.

In January 2020, a complaint filed by the Delhi Vyapar Mahasangh with CCI, alleged that there are instances of several vertical agreements between Flipkart with their preferred sellers on the platform and Amazon with their preferred sellers, respectively which have led to the foreclosure of other non-preferred traders or sellers from these online marketplaces. “It has been alleged that most of these preferred sellers are affiliated with or controlled by Flipkart or Amazon, either directly or indirectly,” the order noted. The allegations also touched on deep discounting, preferential treatment through exclusive tie-ups, among other issues.

“It is alleged that Amazon and Flipkart are able to cross-subsidise because of the huge amount of funding received from their investors, which has resulted in incentives that allow pricing below cost on their platforms, through their sellers, resulting in creation of high entry barriers and high capital costs for any new entrant in the market,” the order said.

On June 11, the Karnataka High Court quashed both Amazon and Flipkart’s plea contesting CCI’s investigation. While doing so, the court also upheld the CCI’s  decision to conduct an investigation on whether both companies entered into anti-competitive agreements in violation of the Competition Act 2002. However, Flipkart and Amazon soon challenged that judgement

Interestingly, in an earlier market study conducted by CCI in January 2020, the regulator upheld ‘self-regulation’ as a way forward for the industry, but the regulator seems to have changed its direction with the new probe. Last week, Washington-headquartered lobbying group US India Business Council (USIBC), of which Amazon and Walmart are members, described the rules as concerning in an internal email saying some provisions were in line with India’s stance on other big digital companies.

Goyal said that currently, even the US was working on antitrust laws for ecommerce while investigations are ongoing in the UK as well. “The Indian market is big and we welcome all players to come and participate. But clearly we have to have them working within the rules and laws of the country. Unfortunately, many of these large ecommerce companies have come into India and very blatantly flouted the laws of the land, in more ways than one,” he added.

Last week, the government made suggestions to tighten the norms for ecommerce marketplaces like Amazon and Flipkart and to curb any possibility of preferential advantage that these companies may offer to any of their vendors. The ministry has requested feedback on these policy changes in the Consumer Protection (E-Commerce) Rules, 2020 by July 6. Goyal added that these rules will protect consumer interest.

According to the proposed draft ecommerce policy, no ecommerce entity can organise flash sales of goods and services on its platform. These sales are particularly popular during the festive season.

Some of these rules already apply on Amazon and Flipkart under the foreign direct investment (FDI) rules. These companies had previously realigned their share in sellers such as Cloudtail and Appario Retail in the case of Amazon to comply with the FDI requirements. It is not clear if the ecommerce rules will supersede the existing FDI rules.

The rules take the “country of origin” requirement a step further, suggesting companies make suggestions of alternative products before customers make purchases “to ensure a fair opportunity for domestic goods.” Amazon has already been fined, last year, for not complying with the requirement.