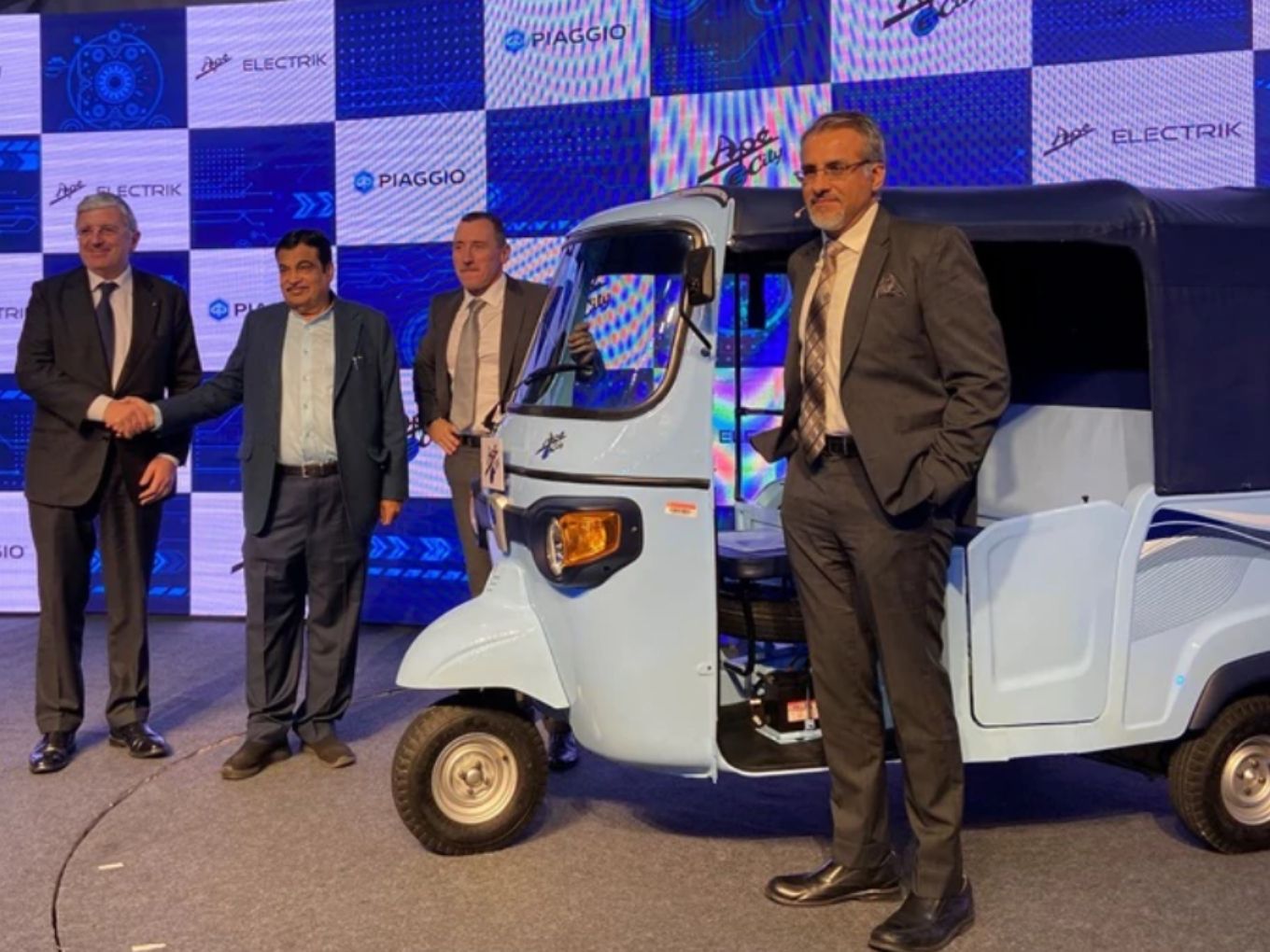 In a media report, the company said that the Ape E-City will be manufactured in the Piaggio Group’s Baramati facility located in Maharashtra. The new electric three-wheeler is said to be available at the price in line with that of the LPG-fuelled model. Comparatively, the 435cc single-cylinder Ape Plus diesel costs about INR 2.5 Lakh on-road, while Piaggio’s Ape E-City might be even lower than INR 2 Lakh.

The battery-swapping technology implemented in its electric rickshaw comes with a long endurance battery mounted below the chassis. The exhausted battery can be replaced with a charged battery within minutes at Piaggio’ battery swap service stations.

Piaggio Ape has been in commercial mobility for 70 years. With its latest entry into the electric vehicle market in India, it is said to revolutionise the inter-city commute. The company believes that this is an effective response to the growing demand for commercial mobility solutions.

The Indian government has been playing a pivotal role in promoting electric mobility, particularly for two-wheelers and three-wheelers, by setting up FAME (Faster Adoption and Manufacturing of Hybrid and Electric Vehicles) policies, and under FAME II policy, the government has proposed to invest INR 10K Cr over the next three years to support 10 Lakh two-wheelers, 5 Lakh three-wheelers, 55K four-wheelers and 7K business that runs on battery technology.

The electric rickshaw market in India is at the verge of disruption. Growing at a compound annual growth rate (CAGR) of 15.9%, the electric rickshaw market is expected to reach 935.5 thousand units by 2024. According to a market report, the growth is said to be fueled by rising environmental awareness, government incentives and stringent regulations to curb air pollution in the country. Additionally, the growing demand for affordable electric rickshaws for a daily commute is on the rise and investment by manufacturers for the designing and development of more efficient and affordable rickshaws are expected to benefit the growth of the market.

Besides Piaggio Ape, a lot of other auto manufacturers such as Mahindra & Mahindra, Lohia Auto, Exide, Sun Mobility and Euler Motors among others, have forayed into electric vehicle space and are eyeing on the three-wheeler market.