Phone Growth Is Said To be Driven By Its Online Merchant, Bill Payment And P2P Transactions 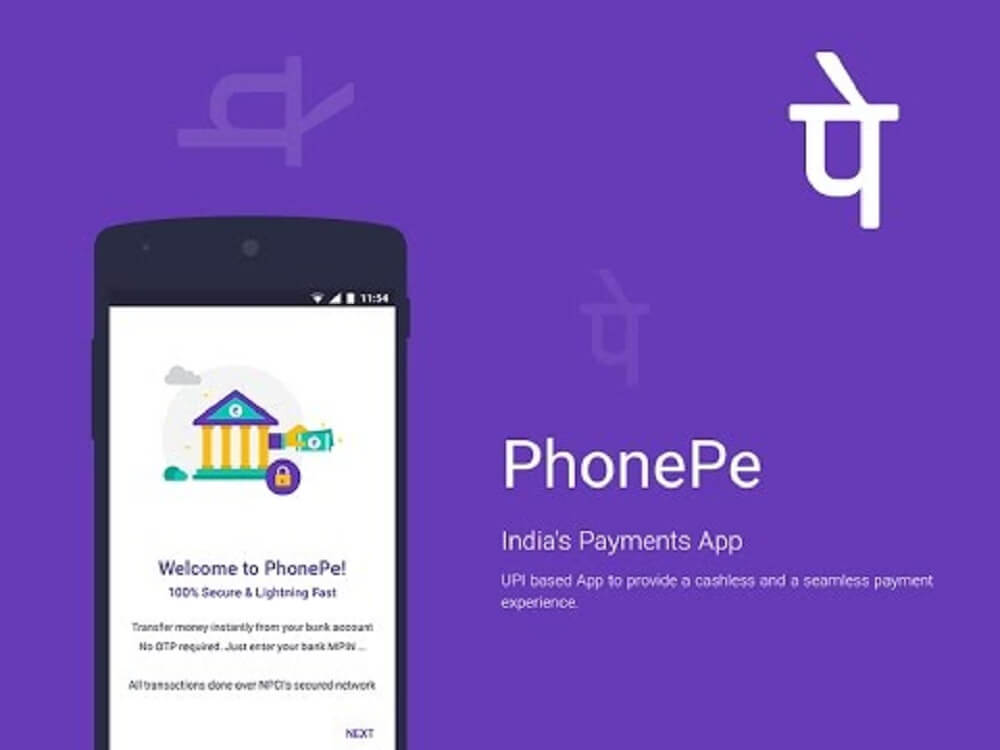 Flipkart owned UPI app PhonePe claims to have processed over 1 Mn daily transactions worth over $15.4 Mn (INR 100 Cr) every day in November. Also, the app has achieved a total Payments Volume (TPV) annual run rate of $6.1 Bn (INR 40K Cr) within 14 months of its launch. The company is targeting to double this metric by March 2018.

The revelation came on heels of a recent announcement from NPCI, which notified that UPI apps hit a record high of 105 Mn transactions in November 2017, a 38% jump from  76.8 Mn transactions in October. According to the report, the value of transactions reached $1.5 Bn (INR 9,679 Cr) in November, compared to $1.07 Bn (INR 7,028 Cr) in the month prior to that.

The major contributors to this growth are said to be Google’s digital payment app Tez, PhonePe and the government-owned BHIM app.

The PhonePe team further announced that the monthly transactions on the app have grown 8200% since November last year, driven by exponential growth in its online merchant, bill payment and peer to peer transactions. As claimed, the PhonePe mobile app has been downloaded by over 55 million Indians so far.

Sameer Nigam, Co-founder & CEO, PhonePe said, “We believe India is on the cusp of a major digital payments revolution, and PhonePe has been an important catalyst driving this change across the country. In line with the national agenda of Digital India, we are constantly innovating to bring more use cases to our platform and becoming the one-stop payments solution for all our customer needs.”

PhonePe:  Leading the UPI Charts With A 360 Degree Approach

PhonePe is run by Phonepe Private Limited (Formerly known as FX Mart Pvt Ltd) and was acquired by Flipkart even before the product launched officially. It is licensed by the Reserve Bank of India for issuance and operation of a Semi-Closed Prepaid Payment system.

Popular in the industry as a ‘container app for digital payments’, PhonePe is now racing ahead with a 360-degree approach, catering to the payment needs in both the online and offline domains.

PhonePe recently also launched a Point of Sale (POS) device, the first such product in the Indian digital payments space, and is said to be the ‘lowest cost’ PoS device in the world priced just $10.

A couple of weeks back, PhonePe had received a $500 Mn funding boost from its parent firm Flipkart. Prior to that, Flipkart had also invested $38.7 Mn in the company. The funding push seems to be in direction of the Flipkart’s keen interest in rapidly scaling up technology, reach and offerings of PhonePe.

Post demonetisation, digital wallets like Paytm saw over 100% surge in their transaction volume in the B2C domain, while others like MobiKwik and Oxigen further cashed in on the opportunity majorly on the B2B side. But, with UPI, being a new government-supported format, it took considerable time to get adopted by the consumers in presence of digital wallets.

However, UPI network soon gained popularity, owing to government’s aggressiveness in launching its own UPI app BHIM. In June 2017, NPCI reported 10.35 Mn UPI transactions, which grew to 16.6 Mn in August 2017 with BHIM leading the charge and boasting a 40% market share in UPI volumes.

This September, however, it dropped to 25% as a result of the entry of new players. In October, BHIM accounted for 10% of all UPI transactions, which slid to an all-time low of 8% last month.

In an earlier interaction with Inc42 Sameer also made a remark on future of BHIM app. In his words, “BHIM is a sort of introduction app to UPI, but at some point, NPCI would have to address the conflict of interest of being the network and the app that is getting government money behind it.”

“Either they have to direct BHIM or they have to turn it off. Because at scale, the network can’t compete with the ecosystem. That is not fair, right? It’s like dealing the cards on a poker table and then saying I am also playing the game, it’s kind of unfair,” he added.

However, NPCI is still bullish on the app. As suggested by Ex-NPCI chief executive AP Hota, “The growth is mainly on account of the increase in the number of participants. Besides, BHIM has stabilised over a period of time and the initial technical problems have been fully addressed.”

Recently, in an attempt to push the growth of BHIM, NPCI has instructed banks to align their digital payment solutions under the umbrella of BHIM. As per reports, henceforth, BHIM will feature as a prefix to the UPI application of every bank.

Today, standing on the cusp of a digital payments revolution with over 400 Mn millennial consumers, India has truly found its place at the start of its fintech growth curve.

At the beginning of 2017, the frontrunners of the digital race were mobile wallets like Paytm, UPI-based apps like PhonePe, and government-supported initiatives like BHIM, Aadhaar Payment app, and BharatQR. However going forward, one can assume the dominance of UPI, supporting the entire digital payment infrastructure under one head.

With regard to PhonePe, the company has, without any doubt, managed to successfully leverage its first-mover advantage to maintain its top spot in the UPI wave of the Indian digital payment revolution. However, this might change soon as a host of major tech companies like Google, Hike, Truecaller, and WhatsApp look to capture this market by embracing UPI.

Nevertheless, in the UPI apps fraternity, PhonePe’s digital payment app has emerged as a rising star. Now, with its offline overture, PhonePe is currently busy in building the next AWS in digital payments.  A few other apps which are climbing up the UPI ladder are HDFC, iMobile, Pockets, Chillr, SBI Pay (from SBI) and Axis Pay (from Axis Bank) among others.