During June overall UPI transactions grew 10% by volume and 11.5% by value

NPCI has stated that the total volume of UPI transactions, of which no more than 30% can be processed by a single app even as PhonePe and Google Pay hold 80% of the market share 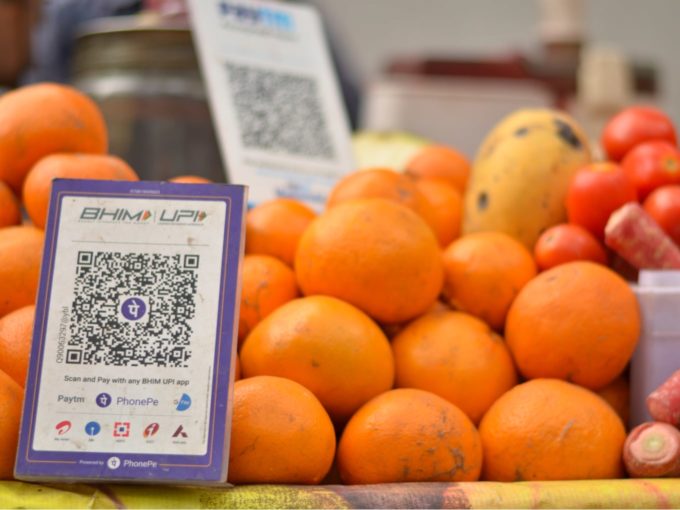 In a month of massive transaction growth, data shared by National Payments Corporation Of India (NPCI) shows that Walmart’s PhonePe has steadily increased its market share in the unified payments interface (UPI) ecosystem to capture a massive 47% transaction volume share during June 2021. The app has continued to grow in usage with 47.9% transaction value share even as the NPCI mandated 30% cap on transaction volumes looms ahead.

IPO-bound Paytm also increased its market share nominally from 7.28% in May to 7.42% in June. 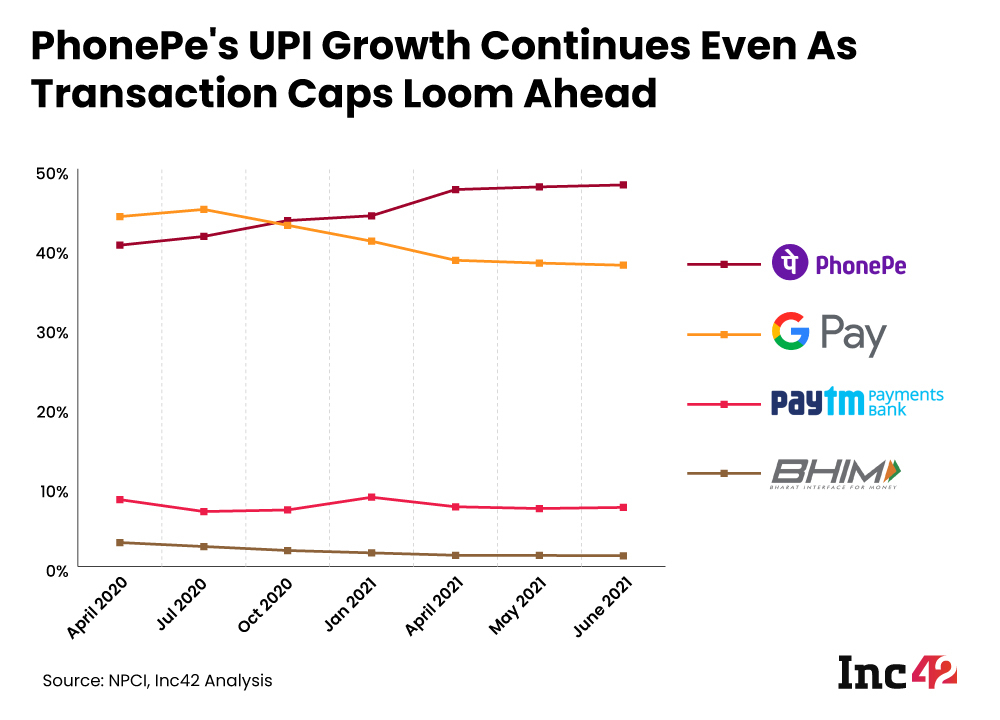 The nation’s gradual recovery from Covid-19 second wave in June had a positive impact on the UPI ecosystem which reported a month on month 10% spike in transaction volumes and 11.5% spike in value of transactions.

During June, UPI clocked a record 2.8 Bn transactions, up 10% month on month. It also reported transactions worth INR 5.47 Lakh Cr. The previous best performance, since inception, was in March 2021. Basically, PhonePe and Google Pay collectively processed 80% of all UPI transactions and 85% of the total value of transactions.

In November last year, NPCI had mandated that starting January 2021, each of the third-party application providers (TPAPs) such as Google Pay, PhonePe and Paytm, would not be allowed to process more than 30% of the total volume of transactions on the UPI network. NPCI had said that the market share cap would ensure that India’s digital payments landscape does not become an oligopoly, while also preventing risks of overload of the UPI infrastructure.

In its guidelines, NPCI stated that the total volume of UPI transactions, of which no more than 30% can be processed by a single app, will be calculated on a rolling three-month basis. Existing TPAPs that exceeded the 30% cap as of December 31, 2020 have been given a period of two years (December 2023)to comply with the new rules in a phased manner.

The SOP states that the design principle to be used to control the volume of UPI transactions through each TPAP is user onboarding onto the UPI app. NPCI will trigger a first alert through an email or a letter to a third-party payment provider and its partner banks, after their market share, in terms of total UPI transactions, hits the 25-27% threshold. Players will have to acknowledge this alert from NPCI.

A second alert will be sent by the retail payments organization once a player hits 27-30% of total market share, with the entity having to provide evidence to NPCI of the actions undertaken to comply with market volume cap. On crossing the 30% mark, third-party apps and their partner banks will have to stop onboarding new users with immediate effect. However, NPCI stated that it may offer exemption to players, based on justifications provided.

In November 2020, the UPI market shares of Google Pay commanded 43% of the market which it has steadily reduced since then. Meanwhile, PhonePe, which had a 39% market share during the same time, has only grown in size. When the cap was initially announced, fintech ecosystem analysts and experts had pointed out that the popularity of any TPAP was a function of its design and overall usability. Forcefully capping growth of such platforms would only stifle innovation in the ecosystem, they said.