RBI has put restrictions on withdrawals from YES Bank accounts 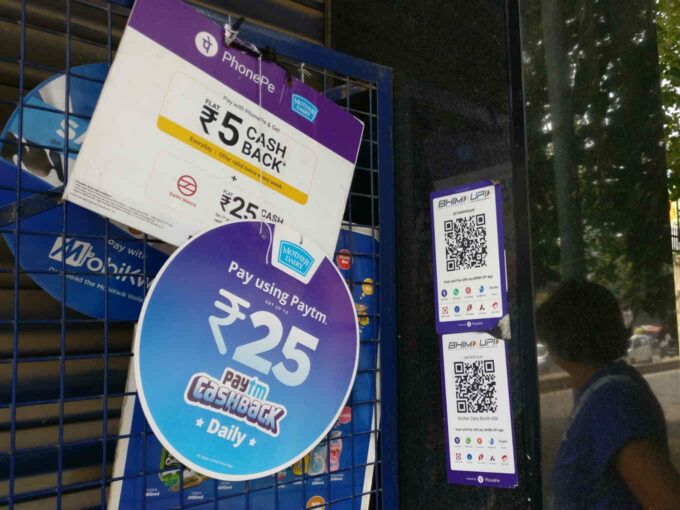 As the digital payments wave sweeps India, UPI and QR codes are playing a big role in bringing merchants over from the cash economy and on to the online payments ecosystem. But with YES Bank being put under moratorium by the Reserve Bank of India, QR code-based payments might suffer the biggest blow.

As of November 30, 2019, over 16 Mn payment QR codes (Bharat QR as well as proprietary QRs of other payment system operators) have been deployed in India. The adoption of QR codes is expected to increase substantially in the coming years, thanks to mobile-based UPI payments, along with physical PoS terminals. Further, the Reserve Bank is reviewing and finalising a pan-India, interoperable QR code structure. So it’s safe to say that QR codes are central to India’s digital payments growth plans.

The ubiquitous codes have helped UPI record 1.32 Bn transactions in February 2020. In the month, UPI facilitated payments worth INR 2.22 Lakh Cr, a growth of 2.8% as compared to INR 2.16 Lakh Cr which was registered in January 2020. According to reports, YES Bank accounted for 39% of all UPI transactions in the country.

Among the fintech startups that have seen the biggest impact are payments platform PhonePe and merchant-focussed UPI aggregator BharatPe. Flipkart-owned PhonePe claims it has 185 Mn registered users and 75 Mn monthly active users. BharatPe says it has over 1.8 Mn merchants on board. At present, it is speculated that PhonePe and BharatPe together contribute at least 30% of the total QR codes in the country.

These startups are in the spotlight because they have been essentially using the YES Bank UPI service, the APIs and the QR codes. The Reserve Bank of India (RBI) has put restrictions on withdrawals from YES Bank accounts, which are now capped at INR 50K. Exceptions are allowed for emergencies like marriage, higher education and healthcare. The central bank is now restructuring YES Bank, which will take up to 30 days. Considering the increasing dependency of QR codes to boost UPI and digital payment adoption the country, a potential dissolution of YES Bank could result in massive QR code outage in the country.

Both BharatPe and PhonePe have been able to get back in shape after a day-long struggle, however, that is mostly for their online presence i.e. UPI or API-based services. But to restore QR code support for their collective merchant base, the companies will have to gradually move all the existing QR codes issued to a new VPA when it gets a new partner.

A founder of a major startup in India’s payments landscape, who did not want to be named as PhonePe and BharatPe are indirect competition, told Inc42 that since these companies were very active in the QR code space, their biggest challenge would be to visit merchants and replace those QR codes in every nook and corner they have expanded themselves into. “It is going to take time, money and resources for this,” he added.

The impact is also said to be on customers and merchants, who have started adopting digital payments after developing trust over many months. With more failed transactions or lack of support for certain apps, this trust would not only be dented but regaining it would be a bigger challenge. Experts agree that failed payments and transactions could negatively impact the confidence in digital payments.

Former Google Pay executive and Epifi cofounder Sujith Narayanan told Inc42, “The impact on fintech is significant not only from an operational standpoint but even from a consumer credibility aspect. PhonePe is a true case in point of loss of credibility.”

According to the details published by the National Payments Corporation of India (NPCI), it is not just PhonePe which relies on YES Bank for allowing digital payments. The other popular platforms that will be impacted right now include Swiggy, Flipkart, Makemytrip, Airtel, Jabong, Myntra, PVR, Cleartrip, Redbus and Hungerbox.

It is to be noted that NPCI had called for multi-bank model for UPI apps in 2017, under which players were advised to use more than one bank for their UPI needs. A similar notification had been issued on March 2 this year, where NPCI said that large third-party app providers, which are processing more than 5% of the total monthly volume or value on the UPI network, should move to multi-bank modal from single-bank modal.

While several companies have now topped outward or inward transfers for YES Bank holders, fintech companies are also trying to control the impact of YES Bank’s moratorium. But in the offline space, where it would take time to replace the QR codes and get them up and running, how these companies manage offline expansion remains to be seen.

After the story was published, a PhonePe spokesperson told Inc42 that no PhonePe QR codes have been replaced or need to be replaced as nothing has changed for either the consumer or the merchant as all @ybl handles now point to ICICI bank.