Pepperfry Planning To Go For IPO, Expects To Join The Unicorn Club Soon

Pepperfry Planning To Go For IPO, Expects To Join The Unicorn Club Soon

Through the newly launched Pepperfry Accelerator Program, it aims to add 200 Studios across 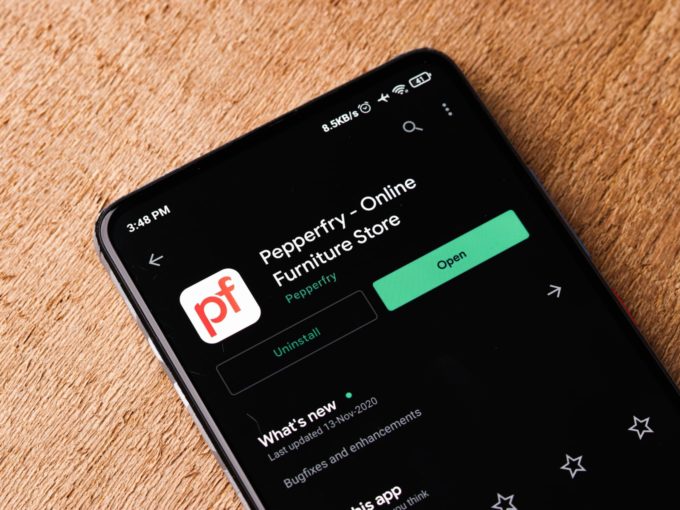 Mumbai-based online furniture and home products marketplace Pepperfry would be in the unicorn club by the time its initial public offer hits the market, said a top official according to a report. Pepperfry cofounder and COO Ashish Shah while sharing plans to expand offline studios told PTI that the company expects to turn profitable as soon the market opens.

“We are an INR 1,000 Cr turnover company. We are very close to becoming profitable. As soon as the market opens, I think it will show our first profit mark. After this we plan to go for an IPO in the next 12-18 months,” Shah was quoted as saying.

He said that the company expects to be in the unicorn club soon in terms of enterprise value. “We are in the process of making changes in company structure. As soon as that is done we will go for this (DRHP draft red herring prospectus) process. Hopefully, we should be a billion dollar business very soon. Our IPO value will be in that range,” Shah said.

Founded in January 2012 by Ambareesh Murty and Ashish Shah, Pepperfry has raised about $240 Mn funding till date from marquee investors like Norwest Venture Partners, Bertelsmann, Goldman Sachs, State Street Global Advisors. In February, it raised INR 35 Cr ($4.8 Mn) of debt funding from InnoVen Capital, which had first invested in the company back in 2017.

Earlier today, Pepperfry announced the launch of its new franchise program – Pepperfry Accelerator Program. In line with its objective to build the largest omni-channel network in the country, through this initiative, the company aims to establish over 200 Studios in one year. The new FOFO (Franchise-owned and Franchise-operated) Studios will be launched in neighborhood markets across Metros, Tier 1 and Tier 2 cities and beyond, it said in a statement.

Through the newly crafted Pepperfry Accelerator Program, the company aims to add one entrepreneur a day for the rest of the year. The company is targeting the young and aspiring graduates who aim to start a business of their own with minimal investments, corporate employees with one to two years of experience, housewives looking to do business locally as well as small-medium business owners who are looking to expand beyond their own market.

“We have continued to receive an overwhelming response to our existing franchise program after the lockdown last year and opened 20 new Franchise Studios in last 6 months, which is a testimony of the model and the opportunity it presents,” said Amruta Gupta, Head of Franchise Expansion, Pepperfry, in a statement.

Similar to its current franchise model, FOFO Studios launched through the Pepperfry Accelerator Program will be based on 100% price parity and would not require the partner to hold product inventory, making it a mutually beneficial business association. Pepperfry also offers a revenue structure wherein the franchise owners can benefit by earning a commission of 15% on each online transaction made via the franchise studio. However, the big differentiator of the new program is the capex required by franchise partners, which is around INR 15 lakhs, one-third as compared to the existing franchise program. Through this program Pepperfry is looking to reach the neighborhood markets and will target to be present through its Franchise in markets with more than 5000 residential apartments.

“We are looking to open many more centres in the North East. These stores are going to be neighbourhood stores in metros. Second target area is all tier 2 and tier 3 towns. From my product reach point, we reach out to over 300 cities,” Shah was quoted as saying. Pepperfry customers can experience the products at the studios and order them online. “These studios will be spread over 400-500 square feet like a neighbourhood shop. Studios contribute 30 per cent in the overall business.”

With new studios coming up, their contribution in business should be going upwards of 40%, he added. Pepperfry currently has 73 Studios in 40 cities, of which 32 Studios are Franchise Owned which contribute to 30% of the business.