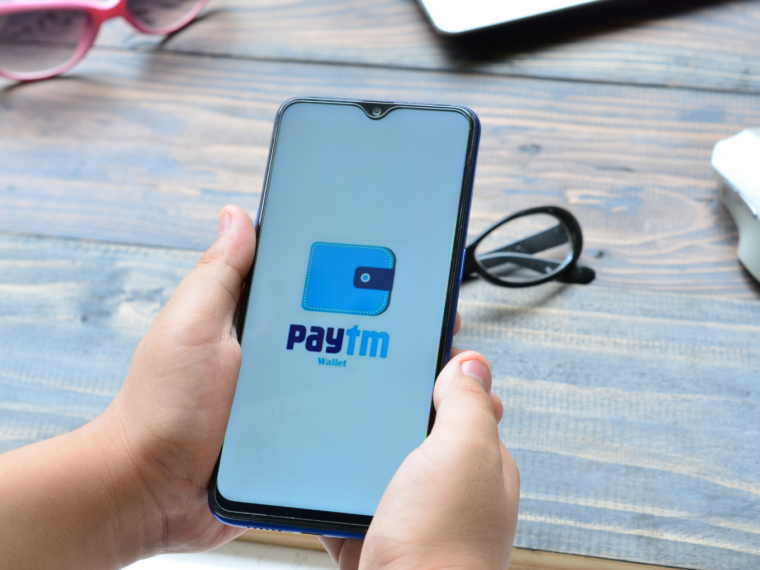 As per the regulatory filings, Paytm has granted 39,70,721 stock options under its ‘One 97 Employees Stock Option Scheme 2019’ (ESOP 2019 scheme) to eligible employees

In the filing, Paytm also informed that a total of 1,77,114 equity shares have been vested by the employees

As per the regulatory filings, Paytm has granted 39,70,721 stock options under its ‘One 97 Employees Stock Option Scheme 2019’ (ESOP 2019 scheme) to eligible employees. The exercise price of these stock options is INR 9 apiece.

The ESOP value is calculated based on Paytm’s stock closing at INR 566 today. However, if we calculate the ESOP value as per May 2,2022 stock price, when this information was officially communicated to BSE, the value of Paytm’s ESOP would be INR 238.71 Cr.

The latest development comes at a time when Paytm’s stocks are witnessing a massive price fall on the bourses. As per the BSE, its stocks are today trading at INR 557.10, down by 1.94%. It was previously closed at INR 568.15.

Moreover, its lending business scaled to 4.1 Mn loan disbursals during the first two months of the quarter (y-o-y growth of 449%), with about 2.2 Mn loans disbursed in February 2022 alone. This aggregates to a total loan value of INR 2,095 Cr (y-o-y growth of 366%), Paytm claimed in a regulatory filing.

In September last year, it increased its employee stock option plan (ESOP) pool from a little over 24 Mn to 61 Mn — nearly 2.5x. Previously, 166 former and current employees had been allotted over 1 Mn shares at INR 9 each in exchange for their ESOPs including Amit Nayyar, who used to be Paytm’s president before his exit in June, as well as Rohit Thakur and Amit Veer who exited the company before the IPO.

Prior to the IPO listing in November last year (2021), 220 employees of Paytm exercised their ESOPs.

In an extraordinary general meeting held last month, the shareholders of the startup passed a resolution for the approval of Employee Stock Option Plan 2022 where the startup intends to offer not more than 4,586,348 equity shares to permanent employees over the course of two years.

In an extraordinary general meeting held on April 14, 2022, Unacademy’s board passed a resolution to amend the ESOP policy of the startup. All the employees of the startup will benefit from the increase in ESOP pool.

The article has been updated to include ESOP value. Previous details were miscalculated.