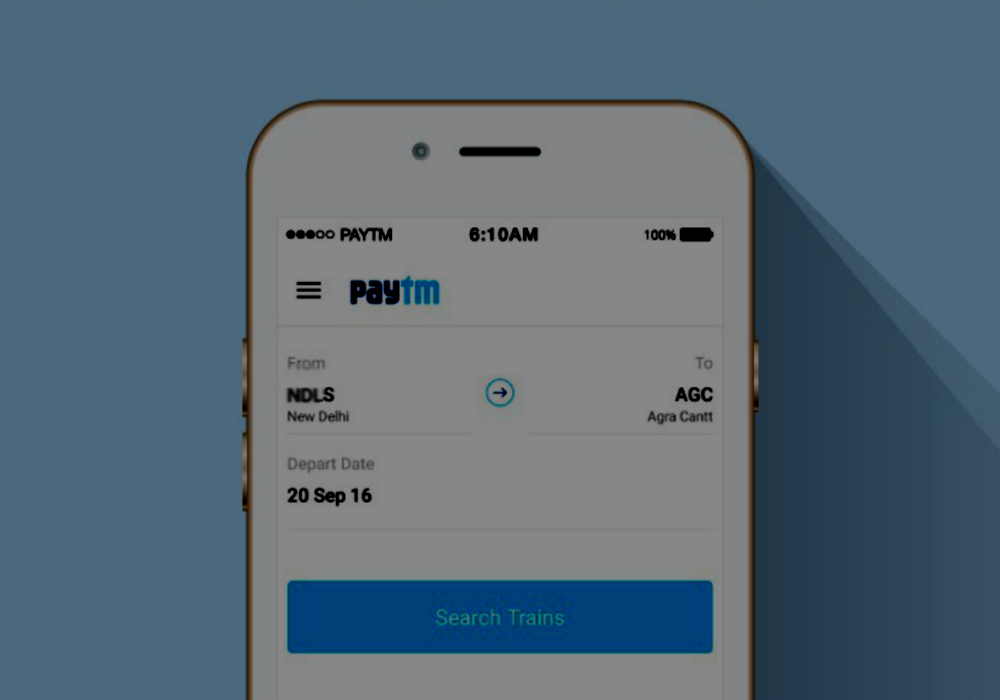 One97 Communications, the parent company of Paytm, is reportedly in talks to acquire Bengaluru-based online travel company Via.com. The acquisition will be in a bid to strengthen the travel and hospitality services offered by Paytm.

As per a recent ET report, sources in the know confirmed that the Noida-based company has held preliminary discussions although a term-sheet is yet to be signed. If the acquisition goes through Via.com could potentially be valued at up to $80 Mn for the sale.

Paytm claims to have sold 10 Mn tickets in FY 2017. The travel marketplace team is headquartered in Bengaluru and has about 150+ members in the last 12 months. In January 2017, the company’s travel vertical crossed $500 Mn in annualised GMV. It currently offers a range of travel bookings that include air, bus, train tickets and hotel bookings.

In the past, Paytm has partnered with Booking.com to facilitate accommodation bookings on its online travel marketplace.

Paytm will look to bolster its presence against seasoned players like MakeMyTrip (along with its combined entity Goibibo), Yatra, iXigo, ClearTrip etc. in the Indian online travel, moving the sector to another level of maturity.

How Via.com Survived The Journey Through Changing Leadership

Via.com was launched in 2006 and was formerly known as Flight Raja Travels Pvt. Ltd. It received $5 Mn from IndoUS Venture Partners in 2007 and another $10 Mn from Sequoia Capital in 2009. The company claimed to have turned profitable in 2007.

Later in 2013, co-founders of Via.com Vinay Gupta (CEO) and Amit Aggarwal (CTO) left the firm to start another travel venture Trip Factory based in Singapore. Prior to the exit of co-founders, COO  V. Swaminathan was promoted to as the new CEO of the travel portal.

Via is a distributor of transportation ticketing, accommodation reservation, packaged tours, corporate travel management, travel ancillaries, retail and financial services. The company claims to have a comprehensive suite of travel & retail products and growing set of financial services products. The company website states that currently, Via has a userbase of 40 Mn customers and 100K+ resellers across 2600 cities and towns. Via offers its services through mobile apps, websites, corporate platform, and a centralised, toll-free, 24-hour customer service centre. It is present in the travel, retail and fintech space in India, Indonesia, Philippines, Singapore, HongKong, Thailand, Saudi Arabia, Oman and UAE.

Is Paytm Trying To Be The Jack Of All Trades?

Paytm has to date raised about $1.9 Bn funding. It is currently looking to move from its image of a digital wallet to a full-fledged player in the ecommerce market. It is looking to strengthen its services in different verticals including Payments bank, travel, deals, mobile wallet, online marketplace (Paytm Mall). In May 2017, Paytm raised $1.4 Bn funding from SoftBank Group, the Japanese Internet and telecom major. The investment was done in parent company One97 Communications.

In August 2016, after securing a $60 Mn funding round, One97 Communications, which runs Paytm, created a separate entity called Paytm E-Commerce Pvt. Ltd and transferred its online retail business onto it. Paytm Mall was launched as a consumer shopping app in February 2017. It is inspired by the model of China’s largest business-to-consumer (B2C) retail platform, TMall. In March 2017, Alibaba invested $200 Mn in Paytm Mall. In July 2017, Paytm Mall revamped its seller onboarding process. To this end, the ecommerce platform even delisted over 85K online sellers. Later it was reported that the company will invest about $5 Mn to bring offline sellers online, under its Retailer Inclusion Programme.

In July this year it was reported that Paytm along with its stakeholder and Chinese ecommerce giant Alibaba were in discussions to pick up a stake in online grocery startup Bigbasket for $200 Mn.

Apart from this, the company is looking to revamp the deals offered on its platform. The company is in talks to acquire Bengaluru-based O2O deals platform Little and Gurugram-based Nearbuy. This came just months after Paytm picked up a majority stake in the events ticketing venture Insider.in. Paytm has also invested in MobiQuest’s loyalty platform m’loyal. In August reports surfaced that the company is in the process of integrating a WhatsApp like in-app chat service on its native app which has about 200 Mn users. With this launch, Paytm aims to replicate the success of Tencent’s WeChat business model in China.

With the acquisition of Via, Paytm will look to strengthen its travel vertical. Since Via has a presence in International markets in Asia, if the acquisition goes through, it will automatically set up Paytm’s hold in these markets and hence provide a clear way for international expansion in other categories. As the travel sector provides a good margin on the sales made it will also help Paytm to recover from losses.