CSCs had started selling of FASTags in September 2017

So far, the Indian government has issued over 1.15 Cr FASTags 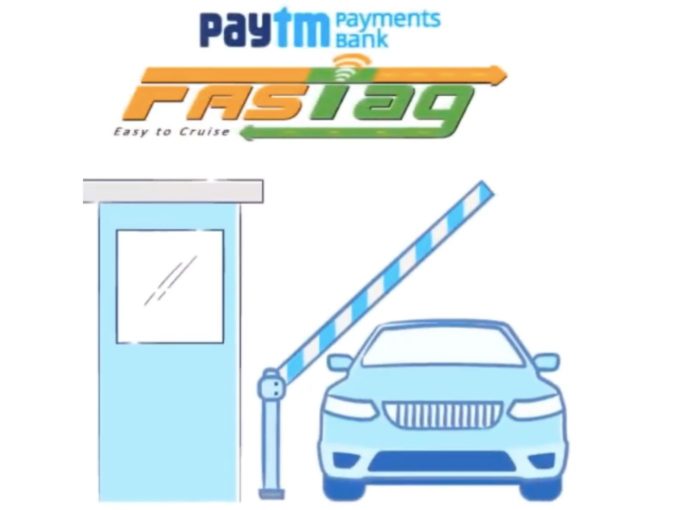 Paytm Payments Bank, on Friday (January 3), signed a memorandum of understanding (MoU) with the Common Service Centre (CSC) to sell Paytm FASTags at 3.6 Lakh CSC outlets across the country.

According to a report by The Hindu, Paytm Payments Bank will facilitate FASTags transactions on CSC’s platform. Moreover, to increase the inclusiveness of FASTags in digitally backward areas, CSC will appoint and train Village Level Entrepreneurs (VLEs) to facilitate a paperless and cashless transaction on the platform.

Dinesh Tyagi, chief executive officer, CSC said that they have been providing FASTag service for the past two years. “With FASTags becoming mandatory, we have received more than eight lakh orders from VLEs. The transition towards digitisation of toll tax payments through digital payment is a significant step towards modernisation,” he added. So far, VLEs across India have completed over INR 74 Cr worth FASTag recharges.

CSC, which works under the Ministry of Electronics and Information Technology (MeitY), is the point of delivery of essential public utility services, social welfare schemes, healthcare, financial, education and agriculture services.

In September 2017, CSCs had started selling of FASTags across the country. At that time, it had partnered with Equitas Bank. Besides Equitas Bank, CSCs also has a partnership with State Bank of India and HDFC Bank for selling FASTags.

Further, in March 2019, CSC also partnered with the National Highways Authority of India (NHAI). As of now, CSCs across India have sold around 2.84 lakh FASTags. According to Tyagi, the most number of orders for FASTags come from Maharashtra, Punjab, Tamil Nadu, Kerala, Haryana, and Gujarat.

FASTags are electronic chipsets that facilitate cashless toll tax collection at toll plazas operated by the NHAI. These devices use RFID (radio frequency identification) technology to make toll payments directly from the prepaid wallet or savings account linked to it. FASTags helps commuters to save their time at the toll plazas. It also helps in reducing the reliance on cash.

Recently, the government had announced that since the implementation of electronic toll collection through FASTag on December 15, 2019, it had issued over 1.15 Cr FASTags.