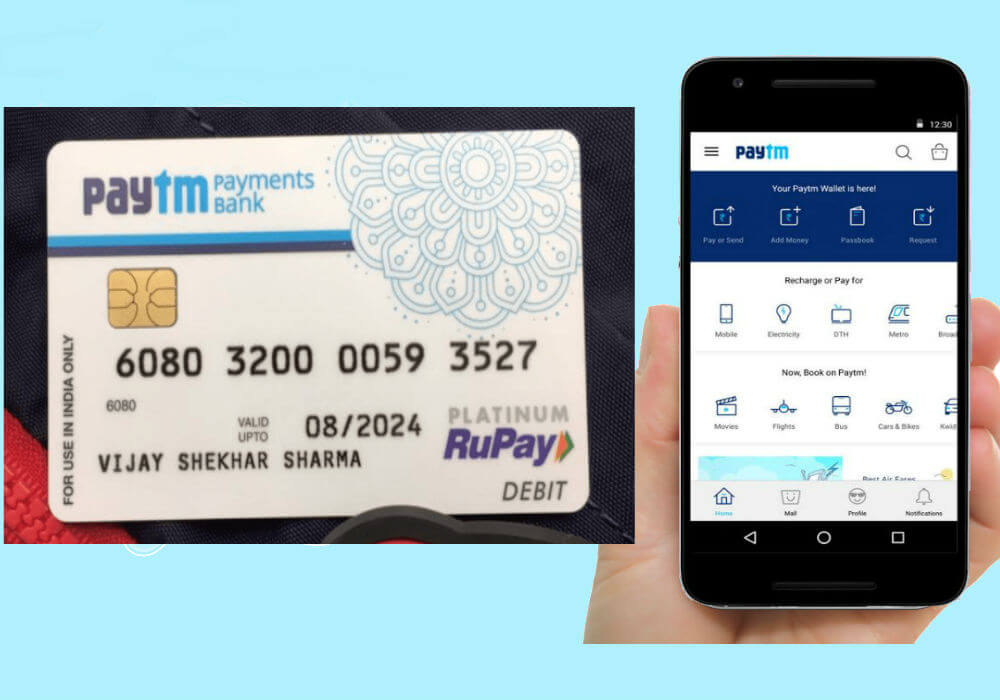 The account holders in Paytm Payments Bank can now order physical debit cards from the Paytm app. Earlier, the bank provided only digital debit cards which are issued to customers upon opening of Individual Savings Account.

The development was confirmed by Paytm and One97 Communication founder Vijay Shekhar Sharma in a recent tweet. 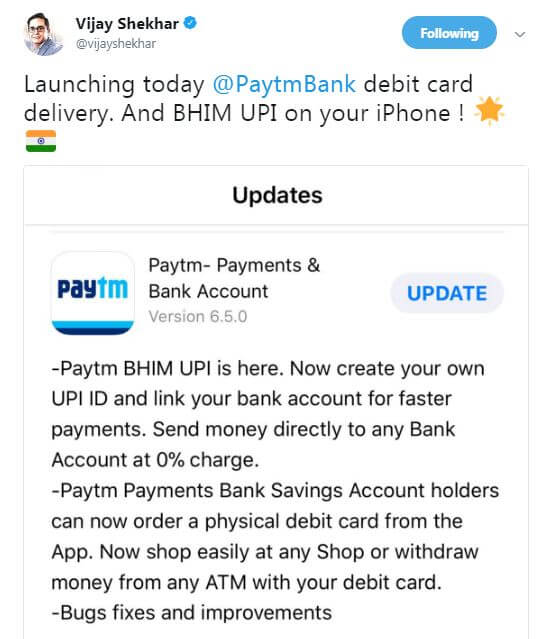 As mentioned on the Paytm Payments Bank website, customers can also get Debit & ATM Card with the same number as the digital card. This card can be used for withdrawing cash from any ATM and also to shop at any store across India.

The debit card can be ordered from Paytm app for a one time charge of INR 120.

In another development, Vijay Shekhar Sharma also announced the integration of BHIM UPI on iOS platform. The iPhone users can now create their own Paytm BHIM UPI ID on the app, and link their Savings bank account with it.

Paytm is aggressively working to establish its Payments Bank in the country. Recently, it entered into a partnership with Induslnd Bank to introduce a facility that creates a  fixed deposit when customer balance exceeds $16K (INR 100K) at the end of the day.

Also, the bank recently unveiled ‘Paytm Ka ATM’ outlets that allow customers to open saving accounts and deposit/withdraw money. These specially branded outlets will play a key role in enhancing access to banking services in smaller cities and towns by ensuring that customers find it easy-to-locate access points near them.

With the commitment to invest  $466.5 Mn (INR 3000 Cr) in the next three years to create a network of 10K offline consumer banking touchpoints, which further new features Paytm Payments Bank will introduce in the near future, will be worth watching.