Nearbuy CEO Ankur Warikoo announced that in November, he will be stepping down from his role 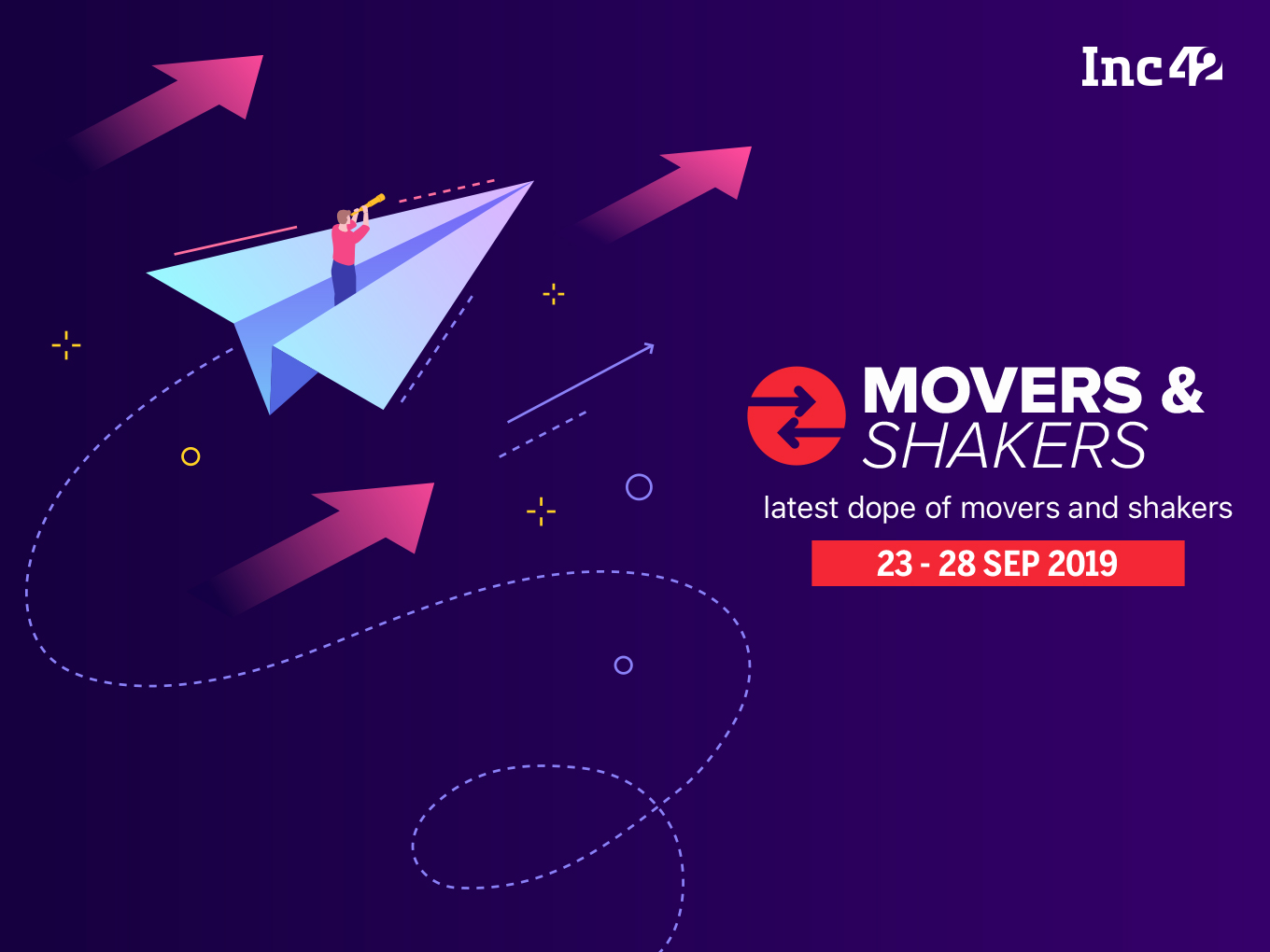 This week, in one of the major movers and shakers in the Indian startup ecosystem, Paytm has appointed Abhinav Kumar as the new vice president of product marketing. With this new appointment, existing Paytm’s VP Product Marketing Deepak Abbot will be leaving the company after being an instrumental part of it for over three years. Digital marketing strategist, Abhinav is popularly known as the ‘Trivago Guy’, given his appearance in the hotel booking startup Trivago’s video and print advertisements.

In another development, Gurugram-headquartered deals marketplace Nearbuy is seeing a major change in senior leadership. In a LinkedIn post, Nearbuy CEO Ankur Warikoo announced that in November, he will be stepping down from his role at the helm of the company. However, he will continue to with the company as a shareholder and board member.

Here’ a look at the other movers and shakers of the Indian startup ecosystem.

Truecaller has appointed Hitesh Raj Bhagat as the Director of Corporate Communications for India. In this new role, he will be spearheading the communication and positioning strategies for the brand across the country. Hitesh will be based out of Truecaller’s Gurgaon office effective September 19, 2019.

Hitesh brings with him more than 17 years of experience from the Indian technology journalism landscape, having spent close to a decade with The Economic Times as the Lead Technology Editor. Prior to his time with The Economic Times, he was an Associate Editor with CyberMedia for over four years and has even worked with Overdrive before this role.

The company recently announced 500 million downloads for the application and over 150 million Daily Active Users globally. The Indian market accounts for over 60% of Truecaller’s user base and is continuing to increase as a pivotal sector in their expansion.

MedGenome, a genomics-driven research and diagnostics company has announced the appointment of Dr Andrew Peterson as its Chief Scientific Officer.

Dr. Peterson will lead the company’s research programs to identify drug targets and biomarkers by leveraging its unparalleled access to south Asian cohorts and disease phenotypes.  Its large network of collaborations with hospitals across India has enabled MedGenome to create a research platform to tap into thousands of patient records with oncology, auto-immune, metabolic and rare disease diagnoses.

Prior to joining MedGenome, Dr. Peterson was Senior Director of Molecular Biology at Genentech, primarily focused on genomics applications for therapeutic interventions in areas such as cardiovascular diseases and liver diseases, resulting in molecules in clinical development.

Digital payments leader Paytm has announced that Vikas Garg, currently Sr. Vice President – Finance has been promoted as Deputy CFO of the company. Vikas has a long association with the company for over a decade and has led the financial operations efficiently.

He started his journey with Paytm where he was responsible for setting up and scaling finance processes for Paytm’s operations. He also worked on multiple fundraise with Alibaba, Ant Financial, SoftBank and Berkshire Hathway. For the last 5 years, he has been leading the finance operations for the group.

Vikas is a Chartered Accountant and prior to joining Paytm, he worked with companies like Goibibo, ICICI Bank etc. Vikas has over 20 years of experience in corporate finance, including corporate accounting, business planning and analysis, M&A and overseas expansion.

Medikabazaar announced the appointment of Jitesh Mathur as Senior Vice President – Business Development. In his role at the company, Jitesh will be responsible for unlocking the value procurement potential across various chains of hospitals, new product business assistance and key manufacturer alliances. In addition to this, he will oversee the strengthening of the MedikaRecyle refurbished business and equipment services team.

Having been in leadership roles across sales, business management, marketing, and product management, Jitesh brings with him over two decades of diverse experience and specializes in Technology, Healthcare and IT. The organisations he has worked at include Philips HealthCare, Hewlett Packard, Agilent Technologies, Wipro Biomed and Toshniwal Brothers Limited. Prior to joining Medikabazaar, Jitesh’s most recent role was that of Head – Global Marketing and Sales at SS Innovations.

The hiring of Jitesh Mathur is aimed at reimagining the company’s business model across divisions to streamline its offerings, build manufacturer alliances and increase its reach to providers and end-users alike.

Bonito Designs announced the appointment of Gabriel Gil as its Senior Design Mentor. Gabriel, who was previously working at ASTAD Project Management in Qatar, brings on board 25+ years of industry experience.

In his new role at Bonito Designs, the seasoned professional will be responsible for bolstering brand visibility, creating a unique design language as well as driving the company’s business growth. He is also tasked with overseeing the talent acquisition process and building efficiency in the core design team

Throughout his professional career, Gabriel Gil has held multiple hands-on leadership and responsibility positions across industries like hospitality, corporate, and residential design and construction. He has experience of working in Europe, North America, the Caribbean and the Middle East. Between the years 2010-2019, Gabriel was overseeing and managing the development of iconic hotels and flagships buildings in Riyadh, Saudi Arabia, Dubai and Doha, Qatar.

Your-Space announced its senior leadership team to further strengthen the company’s operations and power next phase of growth.

Veteran ex-banker, KR Kamath has been appointed as the Chairperson of the Company board. In his new role, Kamath will spearhead the startup’s expansion plans and deliver the promise of redefining the student living experience.

Kamath joins Your-Space after enjoying an elaborate banking career of 38 years across 4 public sector banks – Bank of India, Corporation Bank, Punjab National Bank and Allahabad Bank of which he held the position of Chairman and Managing Director of the latter two. He has also headed industry bodies like Indian Banks Association (IBA), Institute of Banking Personnel Selection (IBPS) and Indian Institute for Banking & Finance (IIBF) facilitating the development of sound and progressive banking policies.

Apart from him, Shubha Lal has been appointed COO whereas Nidhi Kumra leads as the CEO of Your-Space which has 21 hostels with 2,500 beds at present and is fast expanding and aims to grow by crossing the mark of 75,000 beds across India. Karan Kaushish will head the marketing initiatives of the startup.