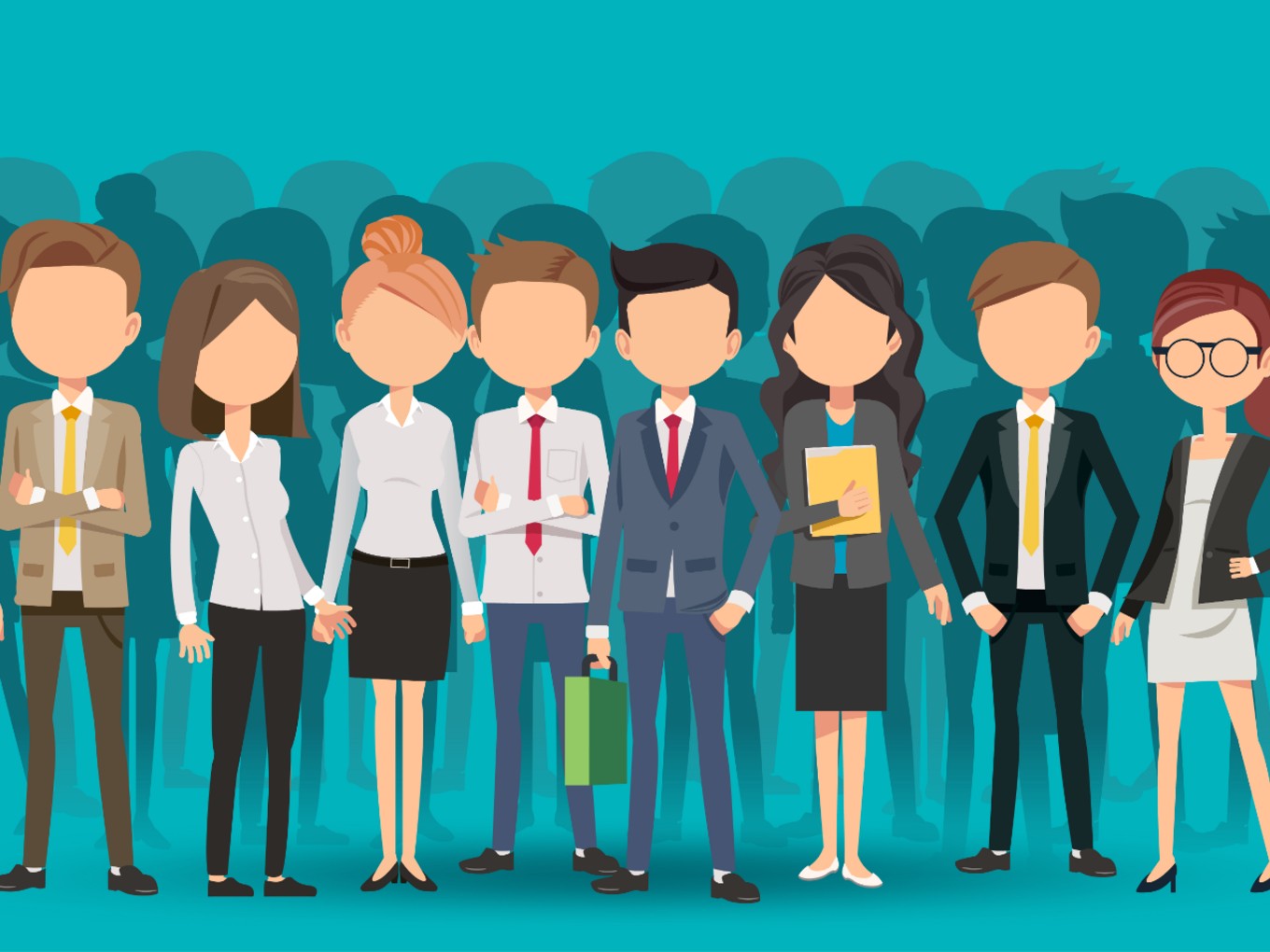 In one of the key developments this week, Paytm Mall announced the promotion of Rudra Dalmia to the executive director and has also appointed the former SVP to the board of the company. The company said Dalmia would be leading the company’s efforts to further strengthen the company’s offline-to-online (O2O) business while ensuring steady growth across the board.

Dalmia joined the company earlier in 2019 as a senior vice president for finance and business and brought with him over 20 years of experience in fintech and investment banking. His appointment comes at a time when Paytm Mall is in the midst of tight competition with Reliance Jio’s imminent entry in this space, and the expansion of ecommerce giants Amazon and Flipkart in the O2O commerce sector.

Joyita is focused on the role of optimizing employee performance in shaping business growth and success. At Livspace, she plans to retain the core of the organization culture, and optimizing the great talent in enabling the company’s growth as it expands to newer markets.

Anand Dani, who was previously the Chief Operating Officer for Vodafone-Idea in the Karnataka region, comes with a strong background in business development and marketing and overall experience of 20+ years.

In his new role, Anand will leverage his years of rich industry experience to helm the business operations for EI. EI hopes to leverage Anand’s industrial knowledge and insights to kickstart the next phase of growth and expansion.

Anand has completed his MBA from ICFAI Business School, Pune and has a Masters degree in Economics. Throughout his professional career, he has worked with the behemoths of telecom industry like Idea Cellular, Airtel and Vodafone leading sales, marketing and business operations.

In his role, Dr. Edwards Rogers will help TurboHire to improve the world’s simplest job search and job application framework JustDropYourResume.com for candidates and fastest talent evaluation and consensus-driven hiring platform Turbohire for Employers. The new paradigm will have an impact at scale for 600 Mn workforce with 60 Mn in the organized sector in India.

As Chief Knowledge Officer, Goddard Space Flight Centre, NASA since 2003, Dr Rogers has supported many pathbreaking initiatives such as satellite constellation to map entire earth. As a research scholar, he teaches extensively on Managing Complexity in today’s intelligent and global enterprises.

His research applies game theory models to human behaviour and decision-making at public as well as hi-tech organizations. He has received a PhD in Human Resources Management from Cornell University.

In this role, John joins the Creative Executive Collective of Publicis Groupe whereby creative leadership is multi-faceted and structured to develop the necessary broad palette of creativity for the modern world – dynamic creativity brought to life through stories, experiences and innovation.

Maeda’s role as Chief Experience Officer forges an engineering and design partnership at the highest level, unconventionally decoupling experience from the traditional creative lead, and instead pairing it with the EVP of Engineering.

Along with spearheading design globally Maeda will spend time on people, bringing his commitment to inclusion and talent development to the table – vital components to unlocking real value for clients.

Maeda joins Publicis Sapient from Automattic, where he served as the Global Head of Computational Design + Inclusion. Maeda serves on the Board of Sonos, the Smithsonian Design Museum and Weiden + Kennedy, and is the author of five books including the bestselling, “Laws of Simplicity.”

Global cybersecurity platform Forcepoint has announced the appointment of Shayne Higdon as its chief operating officer (COO). Higdon reports to CEO Matthew Moynahan and will be based in Forcepoint’s Austin, Texas headquarters.

As COO, Higdon will drive Forcepoint’s operational strategy leading the company’s engineering, product management, customer success, operations and service organizations as the company grows to more than one billion in revenue. He will bring a strong operational focus further expanding the company’s global industry leadership, growing market share of the company’s unique human-centric cybersecurity strategy, and optimizing the alignment and prioritization of company investments.

Higdon was most recently the senior vice president of ESO Strategy and Operations for BMC where he led the strategic transformation efforts across BMC resulting in the acquisition by KKR. Prior to that he was president of the Performance and Analytics product line at BMC Software, Inc.

Higdon is currently a member of the board of directors at vChain, a provider of the first de-centralized, tamper-proof platform that enables trusting software through the use of blockchain technology. He holds a bachelor’s degree in computer information systems from the University of Mary-Hardin Baylor.

EarlySalary, a consumer lending application, has announced the appointment of two senior industry professionals to its leadership team. Anil Sinha has joined as Head of Engineering and Sandeep Raghunath as Head of Human Resources.

This development is part of the fintech startup’s strategy to achieve its mid-term objective of a balance sheet of around INR 2000 Cr and to build the company into a unicorn over the next five years.

Anil Sinha as the Head of Engineering will be responsible for the technology aspects at EarlySalary. He is passionate about Technology and has strong Leadership skills driven by core human values. He has worked on various Techno-functional Leadership roles (with hands on code) and delivered complex products in the space of distributed data processing, especially related to trade processing and risk analytics.

Anil is also the author of ‘Building Blocks of Blockchain’, an acclaimed non – fictional book which explains the core concepts of Blockchain, Bitcoin and Ethereum. Prior to joining EarlySalary, he was Vice-President at Deutsche Bank. He has also worked with Barclays Investment Bank, RBS Global Banking & Markets, Nagarro and Interra Information Technologies. He has a BTech in Electrical Engineering from the Indian Institute of Technology, Kharagpur.

Sandeep Raghunath as Head of Human Resources will oversee the People Management at EarlySalary. He is a seasoned Human Resources leader and strategist. His areas of expertise are Strategic HRM, Diversity & Equality, Business Partnering of senior leaders, Change Management and Talent Management. He has held multiple roles both in India and overseas in the private and public sectors. He was a part of the British Government’s elite Civil Service Fast Stream programme and has worked with the Hon. Nick Clegg, the former Deputy Prime Minister of the UK.

Aeris Communications, a provider of Internet of Things (IoT) and M2M technologies, has announced the expansion of its India business leadership team.

This includes the joining of Ranjeet Koul as VP and County Manager for APAC and MEA;  Sameer Mahapatra as India and SAARC Sales Head; Ravi Asawa as CFO; Vishal Bhatia as VP for Product Development; Rakesh Gupta as VP for Service Delivery; Gaurav Jain as VP for Global Support; Rajeev Arora as VP for Deployment; and Navneet Sharma as VP for QualDev.

The leadership expansion in India reaffirms the company’s commitment to transforming the future of the IoT ecosystem while strengthening its presence in the regions of operations.

With these new board of members and the expertise they bring, Aeris expects its business in the APAC region, especially India, will undergo transformational change.

Stay tuned for the next week Movers and Shakers Of The Week!