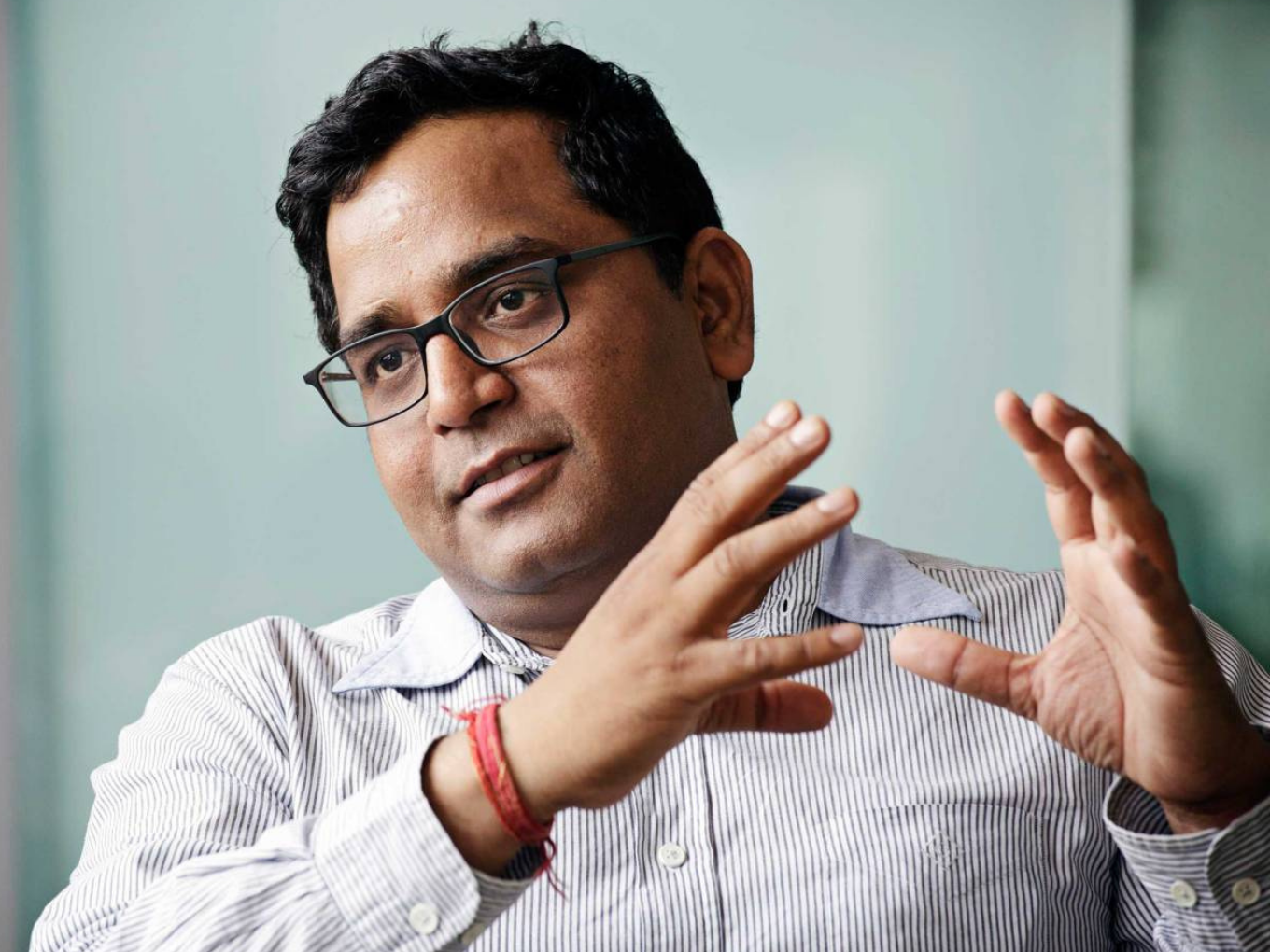 Paytm CEO's wealth stands at $999 Mn as against the peak of $2.35 Bn before Paytm’s IPO listing: Report

This comes barely days after the RBI barred Paytm Payments Bank from onboarding new customers and ordered an IT Audit within the firm.

According to a March 15 Forbes report, Sharma’s wealth stood at $999 Mn as against the peak of $2.35 Bn before Paytm’s IPO listing.

Once the talk of the town, the fintech giant has seen its value erode by almost 70% from its issue price of INR 2,150. Since Paytm’s stock market debut on November 18 last year, Sharma has consistently lost around INR 88 Cr daily.

On the day of its debut, the startup was pegged at INR 1.39 Tn ($16 Bn), ranking among the top 50 most valued companies in the country.

A far cry from that now, the fintech major has, since then, lost nearly INR 1 Tn in market cap, ranking it at 112th on the list of most valued companies.

What’s Behind The Tumble?

The startup has been marred by a string of controversies recently. On March 11, RBI had barred the Paytm Payments Bank from onboarding new customers, second time since its inception in 2015. The Central Bank has also ordered an IT Audit within the firm to conduct a comprehensive ‘system audit’.

The move was triggered after a Bloomberg report alleged that the startup’s servers were found to be sharing information with China-based entities that indirectly own stakes in the fintech giant’s unit.

While the company had vociferously denied it, the move triggered a barrage of troubles for Paytm. The report added that the flow of data to servers abroad was in violation of India’s rules.

Complicating the situation for Paytm is the fact that the startup is likely to apply for a small finance bank license in May this year. With the startup under RBI’s radar, the chances of approval for the license looks considerably dim.

Paytm Payments Bank was granted the approval to operate as a Scheduled Bank back in December of 2021. Being a scheduled bank allowed the fintech major to disburse loans and also eligible to apply for a small finance bank license.

Paytm has also been pummeled by the ongoing market volatility in the market. Overall, Indian tech stocks have witnessed a major slump amidst an ongoing war between Russia and Ukraine. The situation has further been compounded by a major correction in the U.S public markets as well as prospects of interest-rate hikes.

In its Q3 FY22 report, the fintech major has reported that its losses had widened to INR 778 Cr. Interestingly, it also saw a revenue of INR 1,456 Cr from operations in the quarter, representing nearly an 88.6% rise during the same period in FY21.