-On July 12, shareholders of One97 Communications, the parent company of IPO-bound Paytm, agreed to its proposal of raising INR 16,600 Cr IPO

-The Noida-based online payment firm is all set to bag INR 12,000 Cr through freshly issued shares and INR 4,600 Cr through secondary elements where investors will sell their stake directly 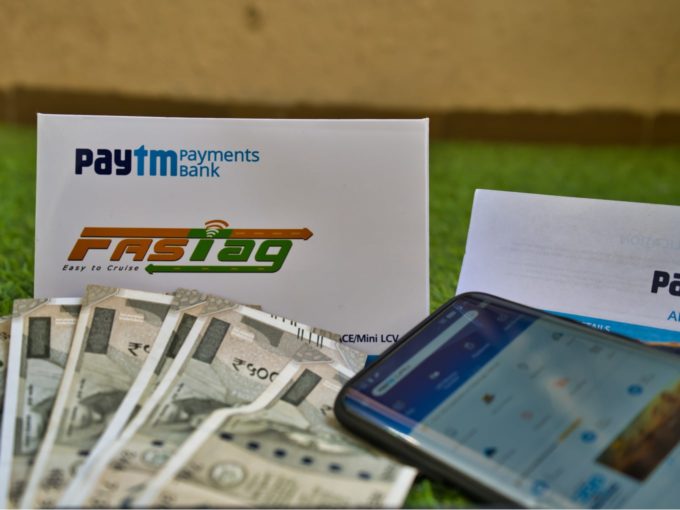 With its sights set on an attractive draft red herring prospectus (DRHP) for investors Paytm has identified nine executives within the organisation as key managerial personnel, according to sources in the organisation. The DRHP is likely to be issued later this week.

On July 12, shareholders of One97 Communications, the parent company of IPO-bound Paytm, agreed to its proposal of raising INR 16,600 Cr in the initial public offering (IPO). The shareholders gave their approval in an extraordinary general meeting that was held on Monday with Paytm’s current employees, ex-employees and investors. The Noida-based online payment firm is all set to bag INR 12,000 Cr through freshly issued shares and INR 4,600 Cr through secondary elements where investors will sell their stake directly.

Here’s what the key leadership team of Paytm looks like:

In August 2019, Paytm elevated CFO and senior VP Madhur Deora to the position of president in a newly created role. Deora has been with Paytm for about 5 years. He had joined the company in 2016 (from Citigroup’s investment banking business) and led the dealmaking operations at Paytm before being named as the president.

Garg has over 20 years of experience in corporate finance. He has been with Paytm for a total of 12 years and has risen the ranks to be the CFO. Have been instrumental in various fundraising initiatives of the group and setting up of new businesses and M&As in addition to finance responsibilities.

The only woman in the key leadership team Satti has been with Paytm for over 14 years now and currently heads the company’s offline payments business through Paytm QR, All-in-One POS, smart android POS and IoT devices

Gupta has been with Paytm for just a year. A banking veteran, Gupta comes with over 24 years of industry experience where he led businesses in ICICI Bank, IDFC Bank  and Clix Capital.

Sharma joined Paytm in 2019, after a nine-year stint with Google, where he held leadership roles across India and APAC. Leading upto Google, he held several senior-level positions across some of the major advertising groups like Madison and Group M.

In a move that demonstrates how bullish Paytm is about the gaming opportunity, it has elevated Gupta who leads the gaming vertical to the leadership team. Gupta has been with Paytm for over 8 years now and has previously worked with Flipkart and Pepsico.

Dhody has spent a little over one year at Paytm after several leadership roles in global firms like Amazon and Microsoft.

Sanwalka joined Paytm in May, 2021. Prior to this, he was the Advisory Leader for PwC India and a member of the PwC India Leadership Team, Global and Asia Pacific Americas (APA) Advisory leadership teams. He is a Chartered Accountant by profession with over 30 years of experience as a business leader. He holds a bachelor’s degree in commerce from University of Delhi.

in addition the leadership team, Paytm’s wholly-owned subsidiaries and associates are also being built by leaders, who come with years of industry experience. These leaders are vertical heads, who are building businesses that are essential to the company’s growth plan although these leaders will not be part of the DRHP:

With its focus on investment tech growing, Paytm hired Varun Shridhar in June 2020, after the exit of Pravin Jadhav who built Paytm Money wealth and stockbroking platform. Sridhar led the launch and development of the equity brokerage other than growing the already successful mutual funds, NPS and gold investment services. Prior to joining Paytm, Sridhar held leadership roles in Finshell India, BNP Paribas, Deutsche Bank, Citibank and others. He did his MBA from the prestigious SDA Bocconi School of Management, Milan Italy, and graduated from the University of Delhi.

Gupta has been with Paytm for three years and has over three decades of experience in banking with SBI and NPCI and was instrumental in issuing several new payment products.

Arora has been with Paytm for a year and half. Before Paytm, Arora was the Managing Director and Chief Executive Officer of Aegon Life Insurance Company and was part of the India Leadership team and has also worked with ICICI Prudential LIfe Insurance In the past.

The company has also seen its share of top level exits prior to the IPO. Amit Nayyar, President at Paytm, who was heading the financial services division at the Noida-based startup, resigned last month. Nayyar was brought on board in August 2019 to expand the company’s footprint in lending, insurance, wealth management, and broking businesses.