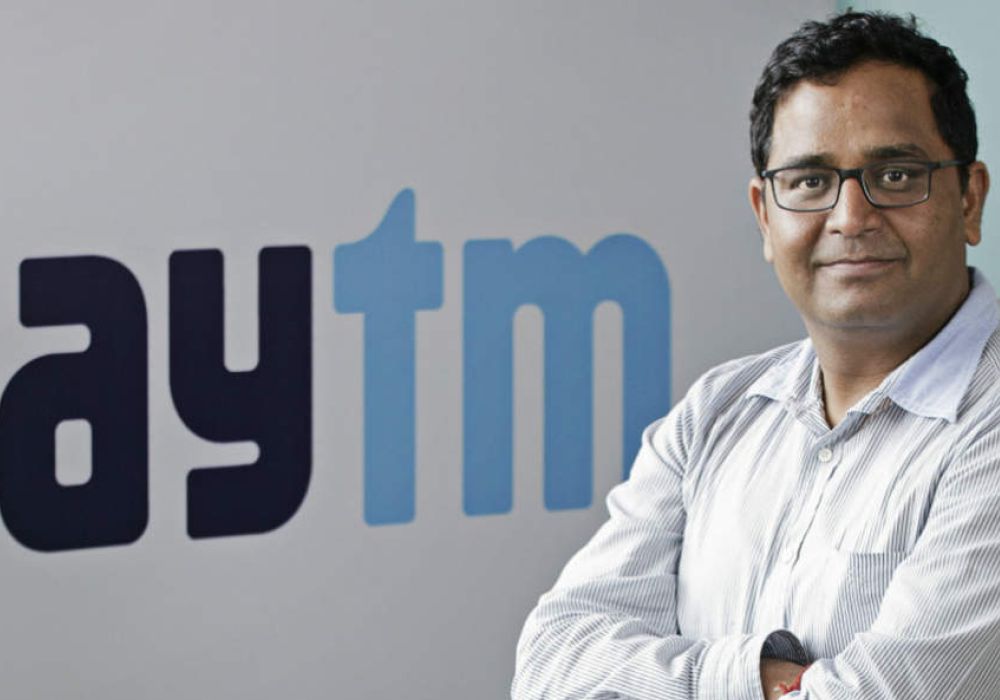 Mobile payments and ecommerce platform Paytm announced today that Mountain Capital, an investment fund of MediaTek will make an investment in the company.

The deal amount is undisclosed but it has been reported that the Taiwanese semiconductor maker MediaTek is expected to invest $60 Mn (INR 400 Cr) in India’s One97 Communications, which runs mobile payment and ecommerce platform Paytm.

The funding will be used to accelerate and develop the mobile ecosystem in India encompassing payments, commerce and financial services. It will also be used for expansion and scaling up, boosting payments and commerce and building and launching the proposed Paytm Payments Bank.

This latest round of funding also includes a secondary sale of shares of up to $50 Mn being executed to help Sharma finance his part of the investment in the payments bank – Paytm Payment Bank.

Speaking on the investment, Vijay Shekhar Sharma, Founder & CEO of Paytm said, “India is an important emerging market with immense potential for smartphone devices, mobile payments, commerce, and financial services. MediaTek’s endorsement of Paytm through Mountain Capital further demonstrates its confidence in the proliferation of India’s digital payments and mobile Internet ecosystem. For Paytm, our mission is to bring half a billion Indians to the mainstream economy and we are happy to have a long-term partner in the mobile chipset world to join us. India is ripe for its financial services revolution and with the growing penetration of smartphones, we have an opportunity to give a new business model of payment, banking and financial services combined with online commerce.” 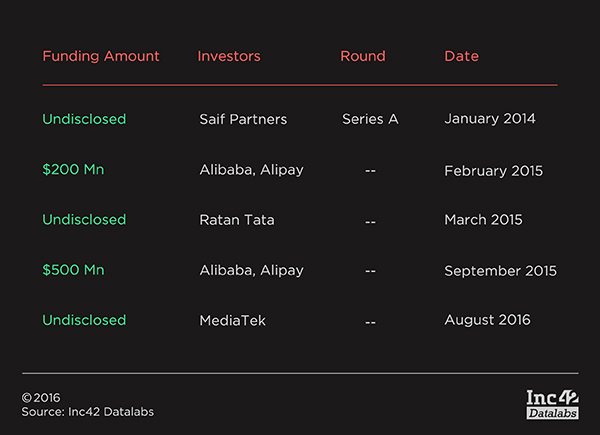 Inc42 reported on August 29 that One97 Communications was in advanced talks to raise fresh funding of about $300 Mn (INR 2000 Cr)  from MediaTek, Goldman Sachs, Singapore’s Temasek and others.

Noida-based Paytm started out as a mobile payments and recharge business. The company has built its ecommerce marketplace during the last two years by selling apparel, footwear, smartphones, bus tickets, and movie tickets. Paytm is backed by investors including Alipay, Alibaba Group, SAIF Partners, Sapphire Venture and Silicon Valley Bank.

In January 2015, the mobile ecommerce startup raised $500 Mn from Chinese ecommerce company Alibaba and Singapore based Temasek Holdings, who together hold about 40% stake in the company.

In August 2015, Paytm received a license from the Reserve Bank of India to set up a payments bank. In April this year, IAMAI appointed Paytm Founder Vijay Shekhar Sharma, as the chairman of the newly formed Payments Banks Group at IAMAI. The company, through Paytm Payment Bank, is ready to go operational by October this year.