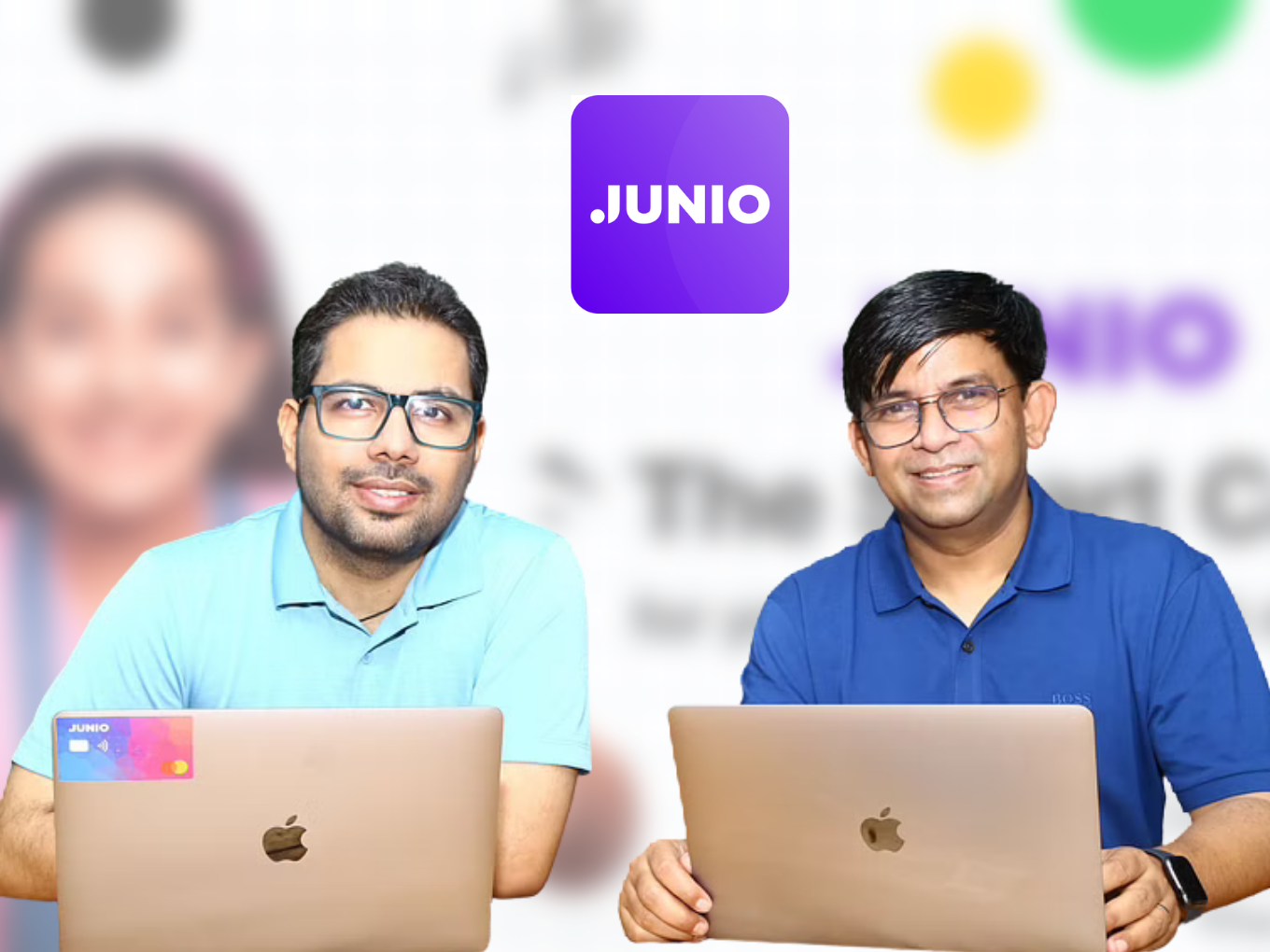 The fintech startup issues a ‘digital smart card’, a reusable prepaid card aimed at children between ages 10 and 16 years

The fresh funds will be used to invest in customer acquisition, team and new features

Delhi-based fintech startup Junio has raised $6 Mn in the Pre-Series A funding round led by UAE-based NB Ventures, while Rajiv Dadlani Group also participated in the funding round.

The startup will use the fresh funds to expand the team, roll out fresh product features and scale up initiatives to acquire new customers.

Founded by Paytm alumni Shankar Nath and Ankit Gera in September 2020, Junio looks to digitise pocket money through its ‘digital pocket smart cards’ for children studying in grades 4 to 10. That translates to a target demographic of children and teenagers aged between 10 and 16 years.

The New Delhi-based startup’s goal is to nurture discipline and awareness in children about how to manage money, in a fun and practical way. In addition, parents also have visibility on the spending patterns of children and guide them towards early lessons in money management.

Ankit Gera and Shankar Nath, cofounders of Junio, said, “We have seen huge adoption of our app ever since we launched it last year. There is a strong acceptance among the parent-children community. We are now in the process of introducing new and exciting features while focusing on developing a user-friendly product.”

Neelesh Bhatnagar, managing director, NB Ventures, said, “Shankar and Ankit have handled digital payments at scale earlier, and we are very impressed by the traction that Junio has been able to garner in a short time. The scope for digital payments by children is immense.”

In 2020, Junio had raised $3 Mn in its seed funding round, from angel investors such as Kunal Shah and Yashish Dahiya, Venture Catalysts, and the Rajiv Dadlani Group. Interestingly, that funding happened before the startup had launched its flagship product.

Junio competes directly with Sequoia-backed FamPay, which raised $38 million last year. FamPay is a neo-banking startup, which issues reusable prepaid cards targeted at teenagers. Parents can get a card for their children, which can be topped up with the help of the companion app. Just like Junio’s card, it can be used on both offline and online transactions.

Along with FamPay, there is Akudo. Founded in 2020 in Bengaluru, and backed by Y-Combinator, it combines personal finance education with a prepaid card. Akudo issues a prepaid card that can be topped up, but also includes a gamified savings system, which allows teenagers to better manage their finances, and learn the basics of saving money early on in their lives.

With multiple startups operating in a similar vertical, the competition for children and teenagers-focused prepaid cards is increasing. This is also in line with the government’s vision of a cashless economy, as more and more fintech startups are offering similar neobanking solutions, be it for adults or for children.