Flipkart Yet To Tie Knot With Myntra: 6 Reasons Why This Great Bansal Wedding Is Not Happening [Satire]

Flipkart Yet To Tie Knot With Myntra: 6 Reasons Why This Great Bansal Wedding Is Not Happening [Satire] 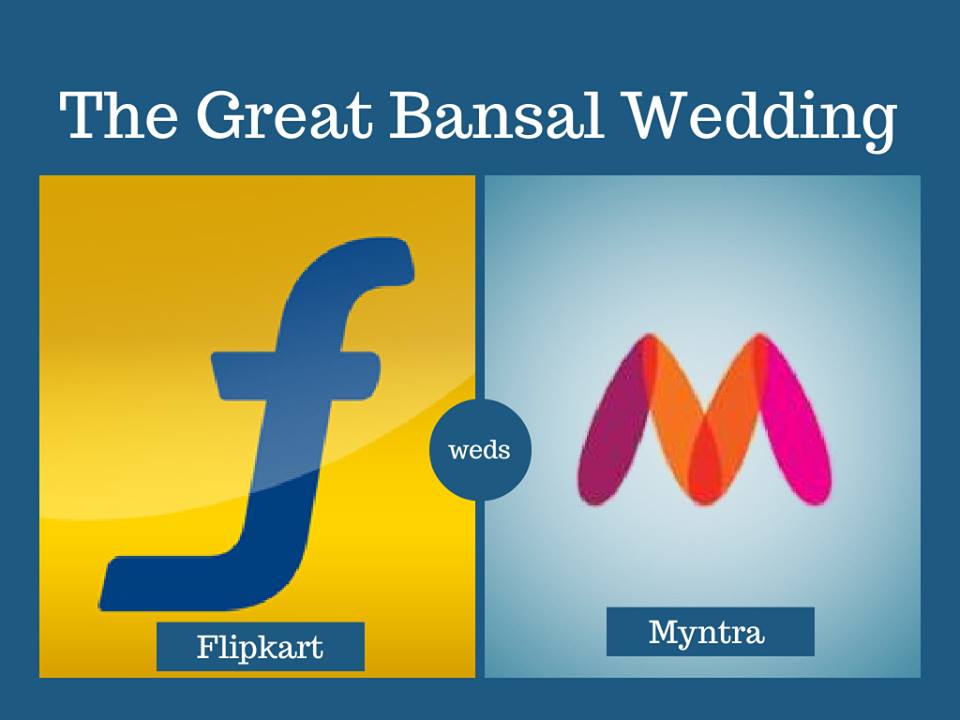 Well, looks like the Indian ecommerce industry is ready to witness the biggest wedding in the history so far. Since past one year, there have been rumors that Flipkart might be acquiring Myntra, but don’t know why this wedding has not commenced yet?

The Question: Will this wedding really happen?

We believe yes, because Mukesh Bansal was found saying, “I’m open to the idea of a strategic (investor) if the DNA is similar, and the investor has a deep technology know-how with a vision to grow Myntra over the next 5-10 years.”  And for Flipkart which has Tiger Global and Accel Partners as its investors, that are common to Myntra too and as Flipkart is also working aggressively to expand in fashion category, this acquisition looks like a pretty perfect match!

Wedding Cards Are Already Out

Media organisations have been putting up a lot of stuff about this high rated wedding and even suggests that the acquisition, which was suppose get done by April 2014 has been delayed by one month (Looks like the Bride/Groom have some issues). By now, none of the companies have confirmed any such rumors, but guess some relative/Barati either of Flipkart or Myntra has gone so damn desperate that he/she is spreading and leaking out info about this private affair [Begani Shadi Mein Abdullah Deewana], but do we care?

After reading about this biggest affair of these two Indian ecommerce players i.e. Myntra which is said to be valued between $300 Mn – $330 Mn and Flipkart which is valued at $2.5 Bn, we thought why not try to understand “why this couple is taking so much time in tying knot?”. So we took a blind short and jotted some of the possible and weirdest reasons of why these two are taking time in getting married.

As an invited guest (barati) we request you to please enjoy the ceremony (the article below) and keep us entertained by your tantrums and complaints (comments).

Note:: This article is purely a satire and does not intent to harm anyone named or mentioned.

Dowry is something illegal but who would not favor giving their daughter some gifts, cash etc at the time of marriage? But wait, here the groom Flipkart who has gone fully inspired by Rahul Gandhi’s women empowerment is paying some handsome dowry in return to get this beautiful fashion and lifestyle bride. But it appears that the groom is unable to convince the bride’s family, so both the families are negotiating since past one year to set a good dowry amount, thus to make sure he gets the bride, Flipkart is working hard to pull in a good amount of money for this grand wedding from it’s relatives.

To mention Myntra has earlier raised investment from Kalaari and in February this year raised $50 Mn funding round led by Premji Invest along with new and existing investors, whereas Flipkart has raised funding from huge list of investors including Dragoneer Investment Group, Morgan Stanley Investment Management, Sofina (has invested in Myntra), Vulcan Capital, South African media group Nasper and California based Iconiq capital. According to the reports, Kalaari Capital, is likely to exit while Premji Invest is likely to get shares in the combined entity.

During acquisition its common practice that usually employees of the acquired company are been retained by the acquirer. But in some cases only a few employees are retained and in the worst case scenario all are asked to leave. Might be there is some issue in this acquisition too in regards to the employees whether or whether not to be retained. While reports mentions that Myntra will “retain its entire team but may draw some synergies with Flipkart, considering the online marketplace has a substantial presence in the fashion space.” There might be pink slips issued on both sides as the combined staff may be too much interference in the romance of the newly wed couple.

4. Flipkart Plans HoneyMoon In Singapore, Myntra might not be happy

According to Financial Express, Flipkart is expected to go for an IPO in Singapore after this acquisition, which is more like honeymooning..! But appears that Myntra isn’t happy with the destination chosen by Flipkart and might be favoring some other place like UK,  US or the bride might not be ready for the honeymoon at all and want to Know The Groom More before taking any such step.

5. Who will change the surname: Name Ka Kya Hoga?

Talking about the Indian Customs, bride gets the surname of groom, similarly in this wedding too this can also be a point of discussion between the two families, how will the name be maintained. Though in case of acquisition, no such stuff is there, but don’t know this wedding might have this as exception, might be Myntra is expecting its name to be prefixed or suffixed in Flipkart’s name like FlipTra or MyKart etc etc. Thus both might be discussing “Post marriage name”

6. What After Wedding: Family Planning

Like any other wedding, the question to be addressed is what after the wedding? So family planning too takes hell lot of time, the couple would be deeply in discussion what to do after that? So many things need to be discussed, a new home, kids, expenses and a lot lot more. The two would be busy in deciding kids to have (new product line i mean), kids to be adopted (acquisitions i mean), even bride might be looking for a new house to stay after the marriage :p and thus Flipkart would be negotiating on the same. Plus both would be discussing who will bear the cost after being married?

It appears that we need to wait for a few more days, weeks, months and even years to see this expensive couple get settled, as according to the great Pundits there is some Dosh in the kundalis so its getting difficult to set the wedding date, and thus they have suggested few rituals to be performed, once done Grah Sthiti will be good and then the couple can get married and Stay Happy Ever After.

To conclude “Marriages Are Made In Heaven, So The Time Will Tell The Future Of These Two Indian Ecommerce Singles.”