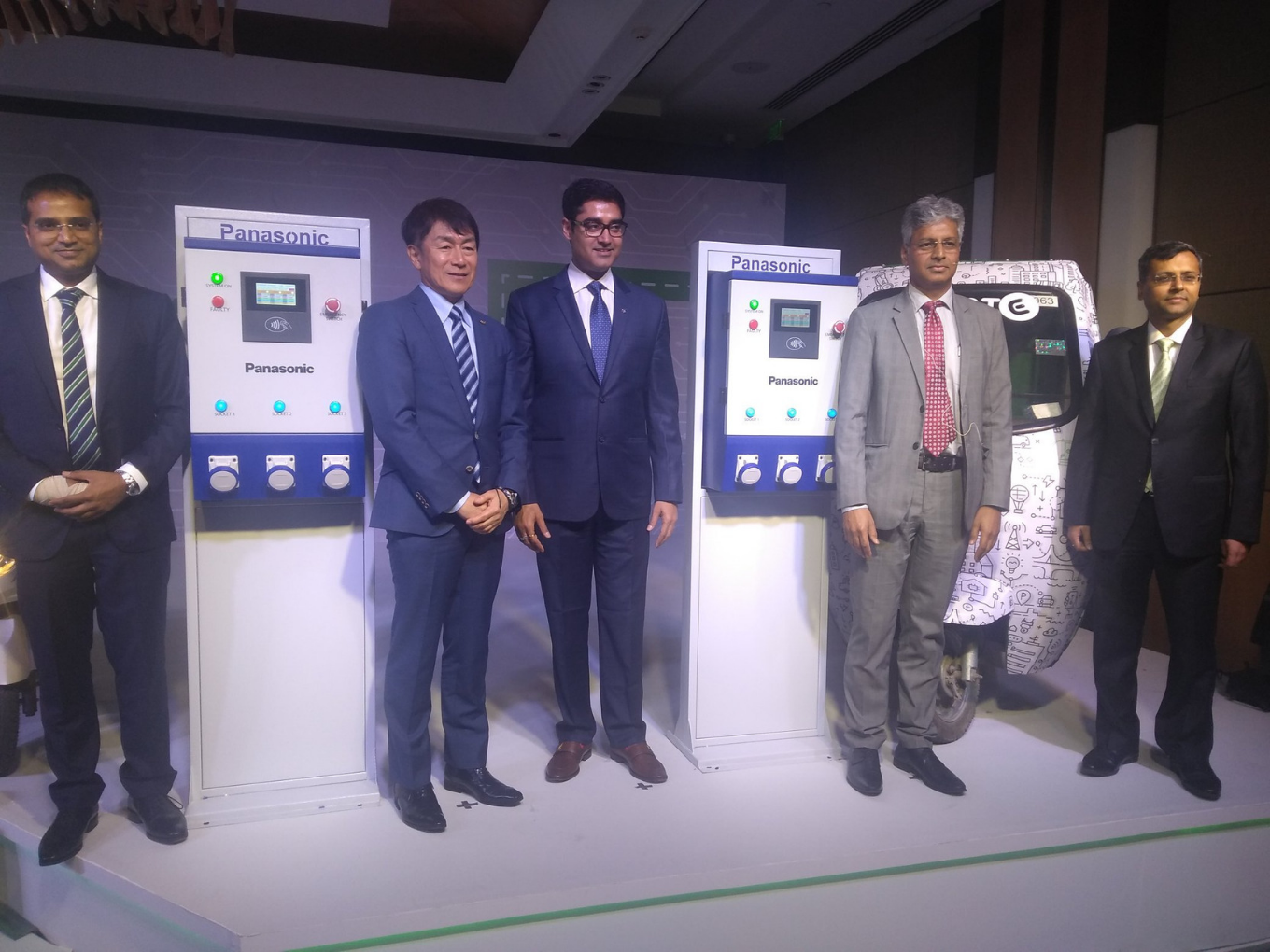 Indian arm of the Japanese electronics company, Panasonic has announced its foray in the electric vehicles (EV) industry in India with the launch of its EV charging service, Nymbus on Wednesday (May 15).

The charging service is reportedly a combination of physical and virtual components. These components include charging stations, swap stations, on board charges, telematics systems along with cloud services, analytics, intuitive dashboard, and artificial intelligence to deliver a one-stop solution, according to Panasonic.

Talking about the insight behind launching Nymbus, Atul Arya, Head Energy Systems Division, Panasonic India said, “In the (EV) ecosystem, we saw that three and two-wheeler mobility will be the biggest players in India.”

Panasonic has reportedly partnered with EV three wheeler manufacturing company SmartE and an electric scooter sharing service qQuick, for the first phase of its service deployment. Under this partnership, the Japanese company is said to deploy Nymbus on 150 SmartE’s electric three-wheelers and on 25 qQuick two-wheelers. These deployments will be carried out in Delhi NCR region.

The company also reportedly plans to expand its Nymbus in Bangalore, Pune, Hyderabad, Chennai and Amaravati over the next three years and further to 25 more Indian cities in the next five years with a target of reaching approximately 1 Mn vehicles, according to Arya.

“In the next three years, the addressable market for us (stationary storage such as batteries and mobility) will be about INR 5K Cr. Three years from now, we should be targeting revenue of INR 700 Cr out of this (the whole market),” Manish Sharma, president and CEO of Panasonic India told Mint.

State Of EV Infrastructure In India

While India is steadily moving towards achieving its 2030 vision of 30% EVs, some of the major setbacks in the path are lack of proper infrastructure, lack of adequate technology and shortage of specialised human resource in the electric vehicle industry.

Specifically, the slower adoption of long distance electric bikes can be linked to the lack of charging infrastructure and parking stations for electric vehicles in India

In order to eliminate fears related to range of EVs, the central government has proposed setting up of 2,700 EV charging stations, with the availability of at least one EV charging station in a 3km x 3km grid, as a part of its FAME II scheme.

In January, the Ministry of Housing and Urban Affairs too released new guidelines directing residential and commercial buildings to allot about 20% of their parking space for electric vehicle charging infrastructure.