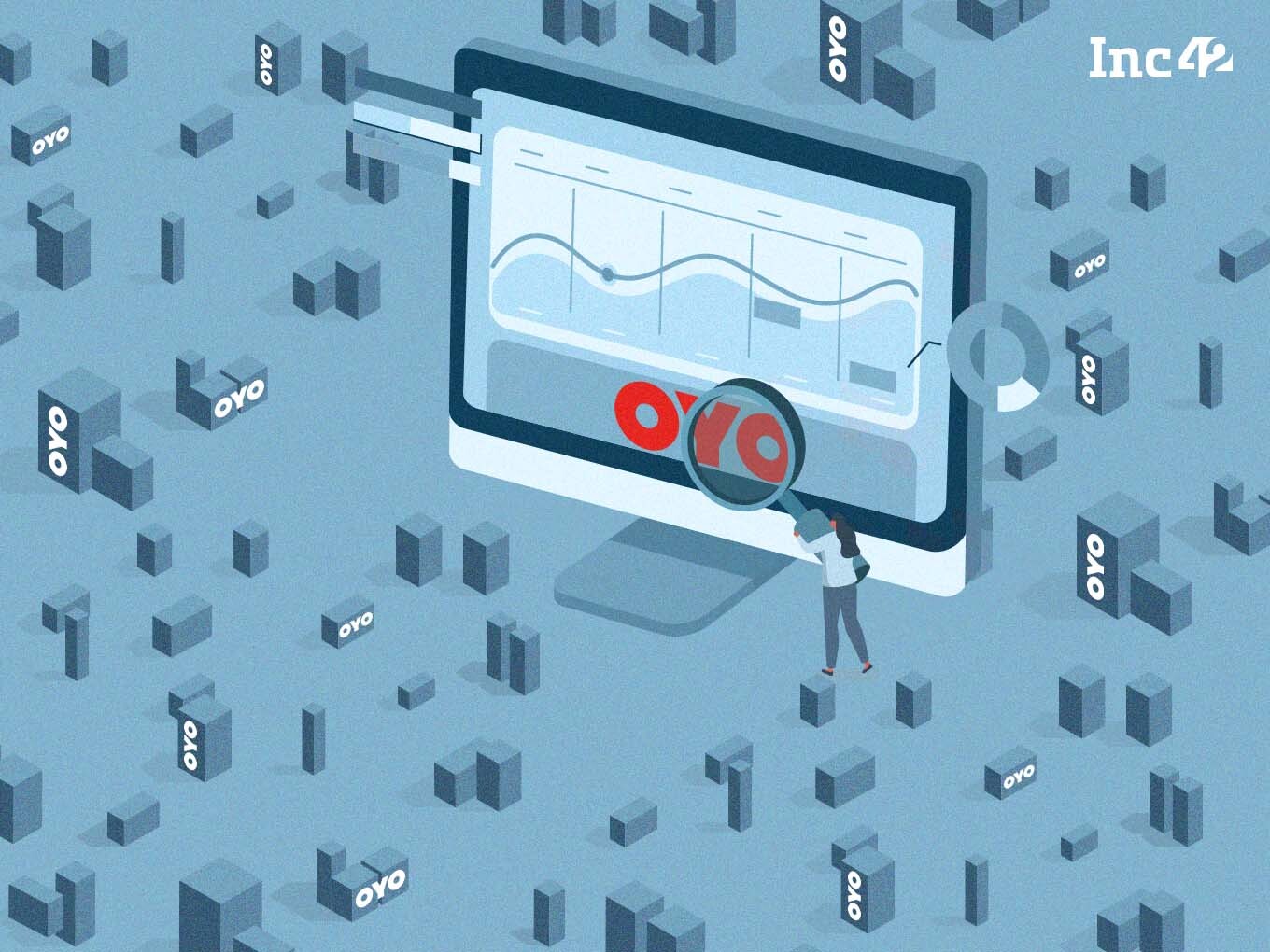 After Zomato and Paytm, it’s time for OYO to throw its hat into the IPO ring. As one of the highest valued Indian tech startups, OYO’s public offering is highly anticipated and has grabbed the attention of the tech industry and stock market observers this past week.

Besides this, we saw Vedantu enter the unicorn club, becoming the fifth edtech startup from India, as startup funding once again shot back up.

Before we go hurtling into that, here are two stories that are definitely worth a pitstop.

And here are the other main stories from the week gone by.

The Many Challenges For OYO’s IPO

From allegations of the toxic work culture to non-payment of dues to vendors and partners, OYO has never been short of controversy and now the company is ready to hit the public markets.

The much-anticipated OYO IPO train has started its journey as the company has filed the first version of its draft red herring prospectus. The public offering for one of the biggest Indian startup brands has caught the attention of market observers because of the large size. The Gurugram-based hospitality unicorn is looking to raise INR 8,430 Cr ($1.2 Bn) — and the less-than-compelling financial performance in the past 18 months, amid the wider turmoil in the travel sector. The company was valued at $9 Bn after its last funding round.

The company will offer a fresh issue of shares worth INR 7,000 Cr in the IPO, which will be the biggest acid test for the travel sector after a tough year. Although OYO claims to have improved on the unit economics front with 18% contribution margin in FY21 as opposed to 5% in FY20, the reality is that the lower income base in FY21 has resulted in only a marginal improvement.

OYO has managed to cut its expenses significantly by reducing employee expenses, and curbing the minimum guarantee payments associated with onboarding hotel partners. But as it scales up again in the months to come, it will have to woo back many of the hotel partners to increase capacity. This is likely to increase costs further, and the company may have to look at a newer incentive system to bring these hotel partners onboard. 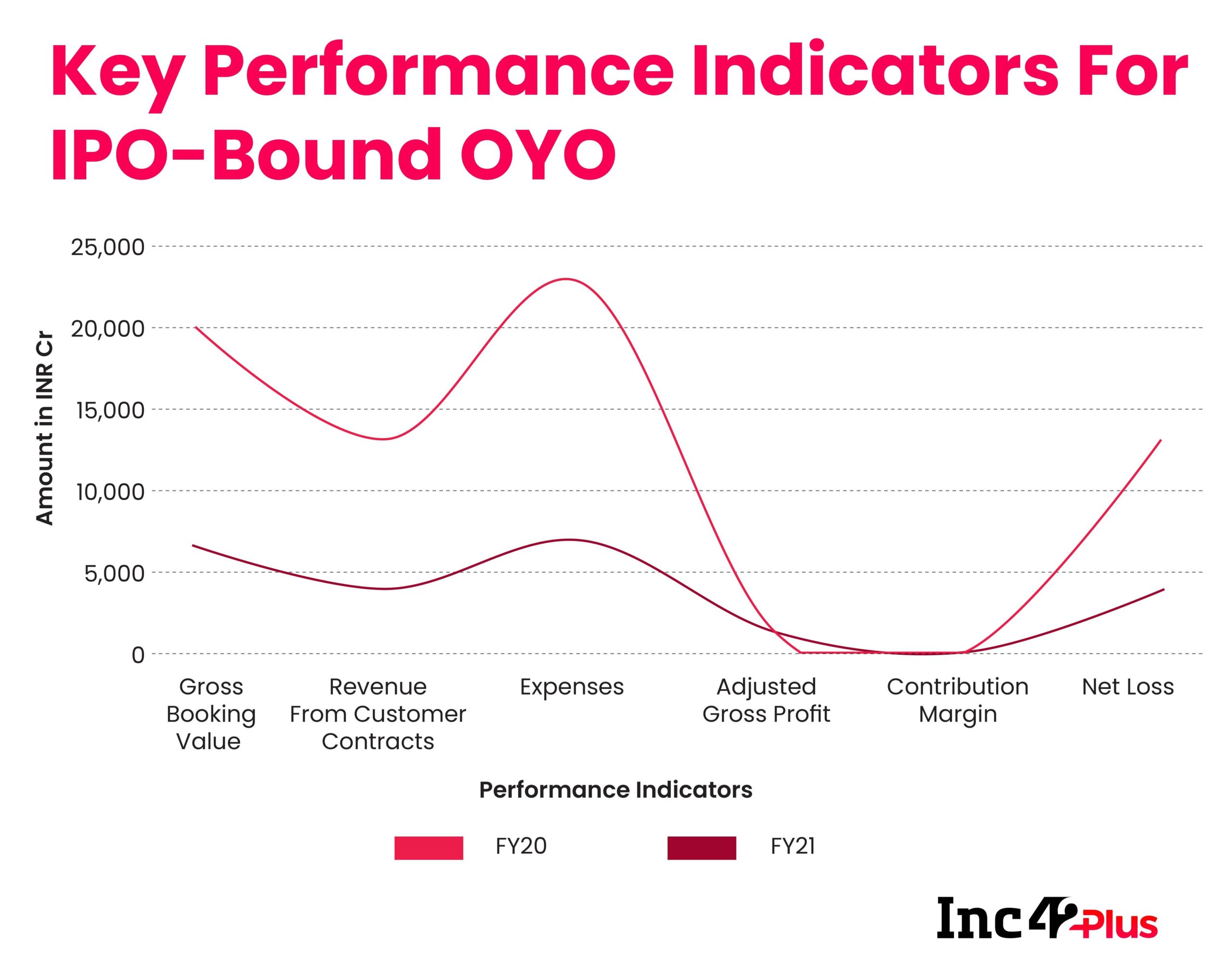 On the employee cost front, there are some challenges as well. The company said it has 5,130 employees worldwide, with over 3,600 in India alone. OYO had close to 10,000 employees in early 2020, as per reports.

In FY21, the company claims it has reduced expenses related to employees by integrating automated processes and technology, however, just 13% of its employee base consists of tech employees, with the rest in non-tech roles.

In FY22, it has said that it would ramp up technology hiring. Amid one of the biggest talent wars in the Indian startup ecosystem, the company is likely to face stiff competition in the market and will likely have to incur high costs in this regard.

Besides this, in the past year OYO has been embroiled in lawsuits with hotel partners. The prospectus states that OYO, its subsidiaries and promoters are involved in 65 litigations. Although OYO described the amount involved in the several cases as “not quantifiable”, the potential damages involved in the undergoing cases add up to INR 347.52 Cr. That is roughly 10% of what OYO earned as revenue from contracts with customers (INR 3,961 Cr).

Finally, there’s some doubt about whether the nuundsmbers and figures mentioned in the DRHP are indeed final. OYO has stated that it has omitted some key financial and operating parameters from FY2019-FY2021 from the DRHP. Naturally, this has raised some concerns as well.

The global hospitality giant will have to emerge from these lawsuits unharmed, and it would also have to ensure that growth and scale in FY22 do not come at a high cost. Neither of these is a given at the moment, which is why there’s plenty of scepticism around the OYO IPO.

A deeper analysis of OYO’s final DRHP ahead of the IPO will reveal more insights about the company and bring up more questions for CEO and cofounder Ritesh Agarwal. Let’s see how Masayoshi Son’s poster boy steers the OYO ship going ahead!

The pace of startup funding in India in 2021 is setting a record benchmark being every month, week and quarter.  The last week of September turned out to be a bumper week for the Indian startup ecosystem with about $1.5 Bn funds raised across 40 deals. 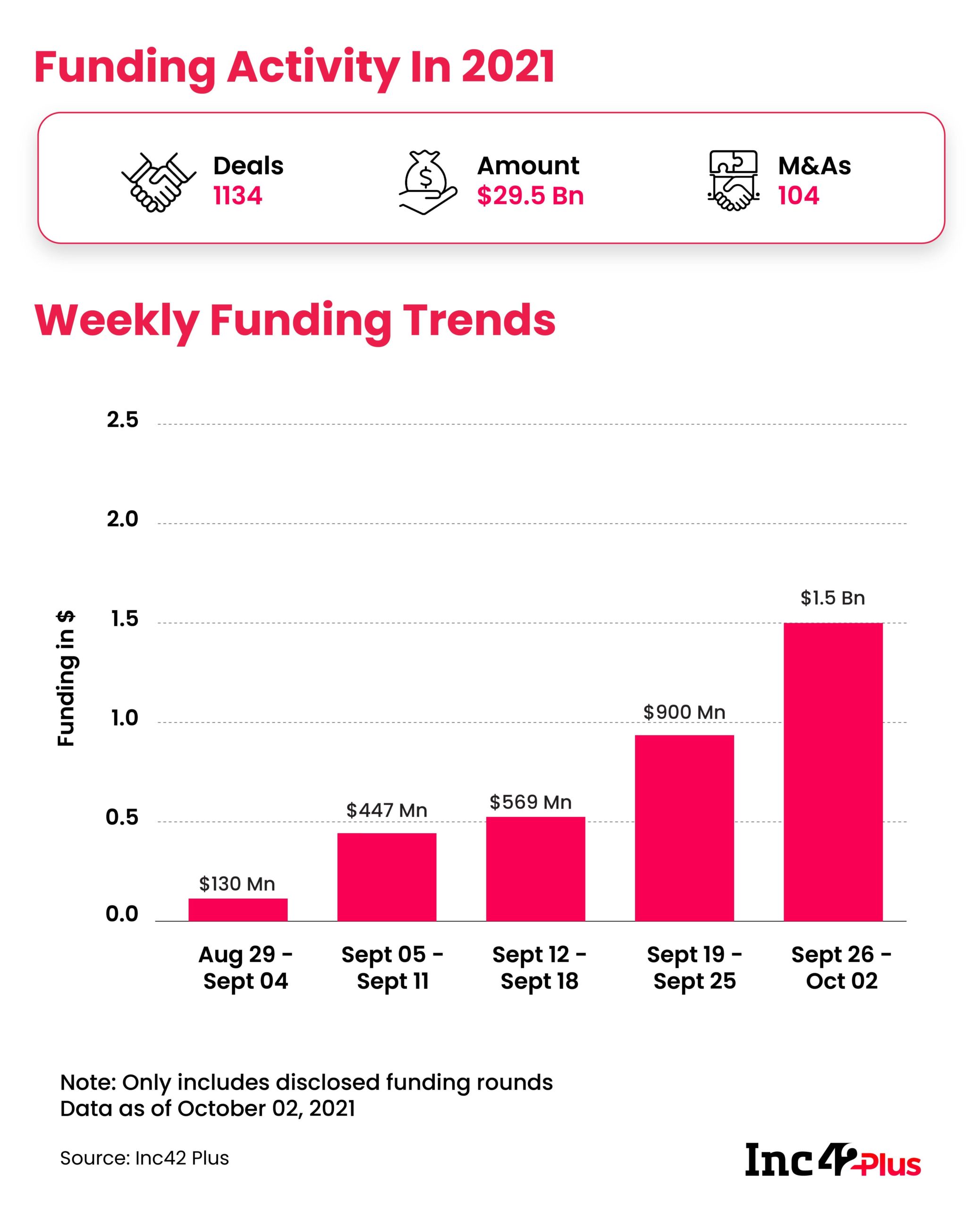 Like every month, we scouted for new and emerging startups across India in September and concluded the 20th Edition of our 30 Startups to Watch list.

The list contains 30 early stage startups set up after 2018, and are disrupting the way businesses used to operate. This month, we have included 9 fintech companies in the B2B space, specialising in neobanking, cross-border payments, finance management and buy-now-pay-later solutions.

Another 8 SaaS startups across logistics, fintech, security and productivity solutions, point towards the increasing need for business tracking solutions that enable optimum performance.

Take a look at our picks in the 20th edition of the 30 Startups list.

While Freshworks made a stellar Nasdaq debut last week, the talk of the week has been OYO’s IPO plans as we have seen.

But other startups are also part of the conversation around IPOs too. Inc42 exclusively reported that ecommerce marketplace Snapdeal has increased its authorised share capital by almost 12.8 times, ahead of its IPO, where it is looking to raise $400 Mn.

Besides Snapdeal, companies such as Paytm, Mobikwik, Policybazaar, Fino are also queuing up for IPOs, but these are currently in various stages in the approval process with SEBI. Given the rush for public offerings, the regulator’s approval for some startups might take longer than others.

To promote more startups to go for public offerings, SEBI has relaxed rules related to superior voting rights for tech startups looking to list. The move will give more flexibility to startup founders seeking to list publicly as it allows them to retain more votes in the company even after the public listing.

Here’s the weekly performance of listed tech companies we are tracking, including Freshworks: 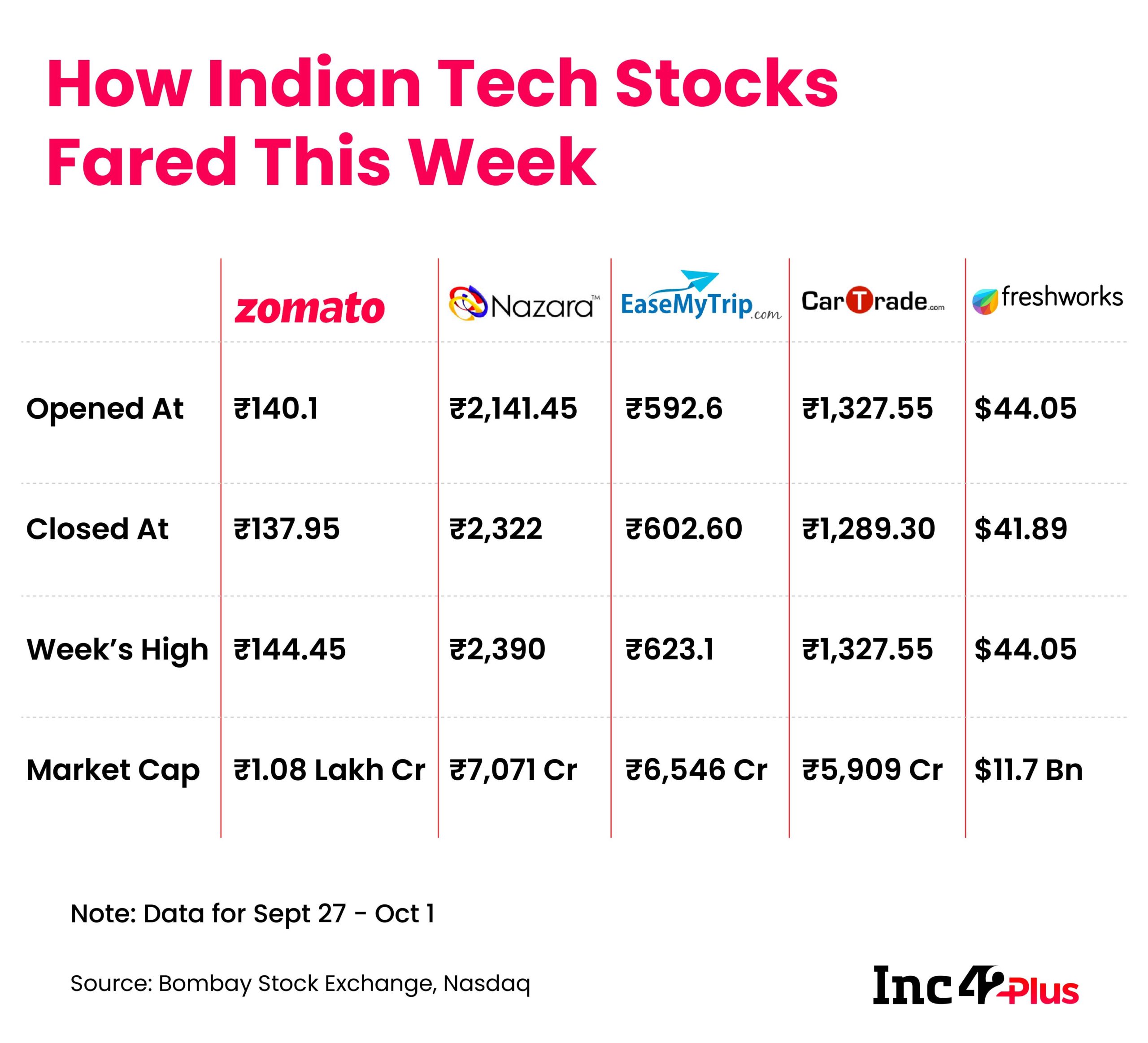 The past week saw the entry of edtech startup Vedantu into the unicorn club. The Bengaluru-based startup became the fifth edtech unicorn and the 27th overall in a record-breaking year.

OfBusiness was one of the startups to turn unicorn this year and the company has already doubled its valuation with a $200 Mn round, while Ola Electric also mopped up $200 Mn at a $3 Bn valuation. Meanwhile, after becoming India’s first social commerce unicorn in 2021, Meesho has now raised $570 Mn led by Fidelity Management and B Capital Group, doubling the startup’s valuation to $4.9 Bn. 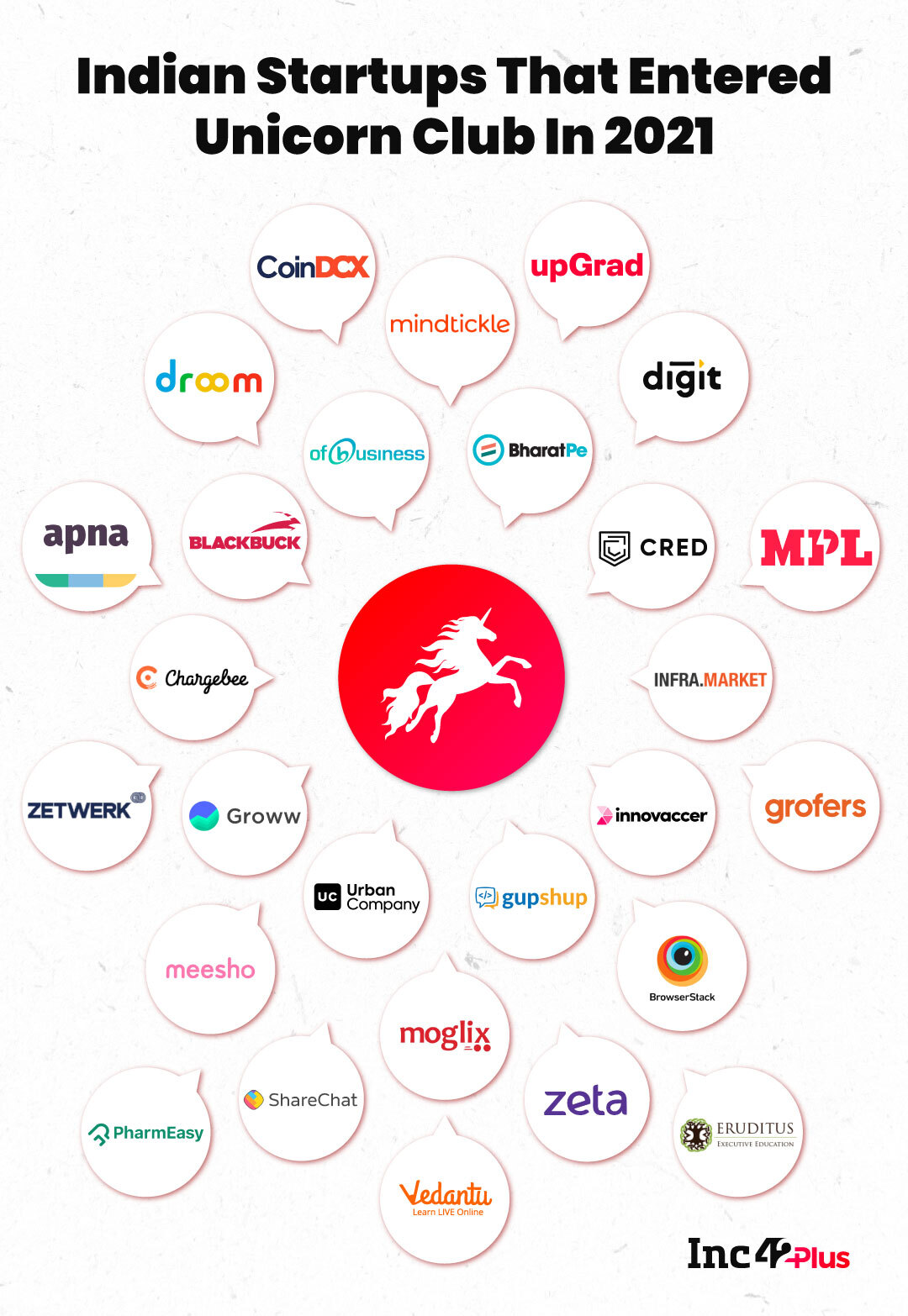 Finally, here’s a look at the other major stories and developments from the week that went by

That’s all for this Sunday. We’ll be back next week with all the updates that matter.