OYO Silently Adds A New Vertical To Its Hospitality Empire

OYO Silently Adds A New Vertical To Its Hospitality Empire

OYO has tied up with Zomato, Swiggy and UberEATS

It is a pilot project in Bengaluru and Delhi-NCR

OYO was in talks to acquire FreshMenu

OYO — India’s hospitality posterchild — has been going from strength-to-strength with its international forays, the latest one being Japan, and Saudi Arabia, which were announced last week.

Close on the tail of these expansions, news emerged of OYO eyeing a completely new vertical — Food. Reports showed that it may acquire cloud-kitchen startup FreshMenu in a deal worth $50 Mn – $60 Mn (INR 356 Cr-INR 427 Cr). The news was then followed with an Entrackr report that OYO has already opened over 20 cloud kitchens in Gurugram and Bengaluru.

Upon checking these food delivery apps, cloud kitchens such as Adraq by OYO and O’Biriyani by OYO showed to be operational and serving food. 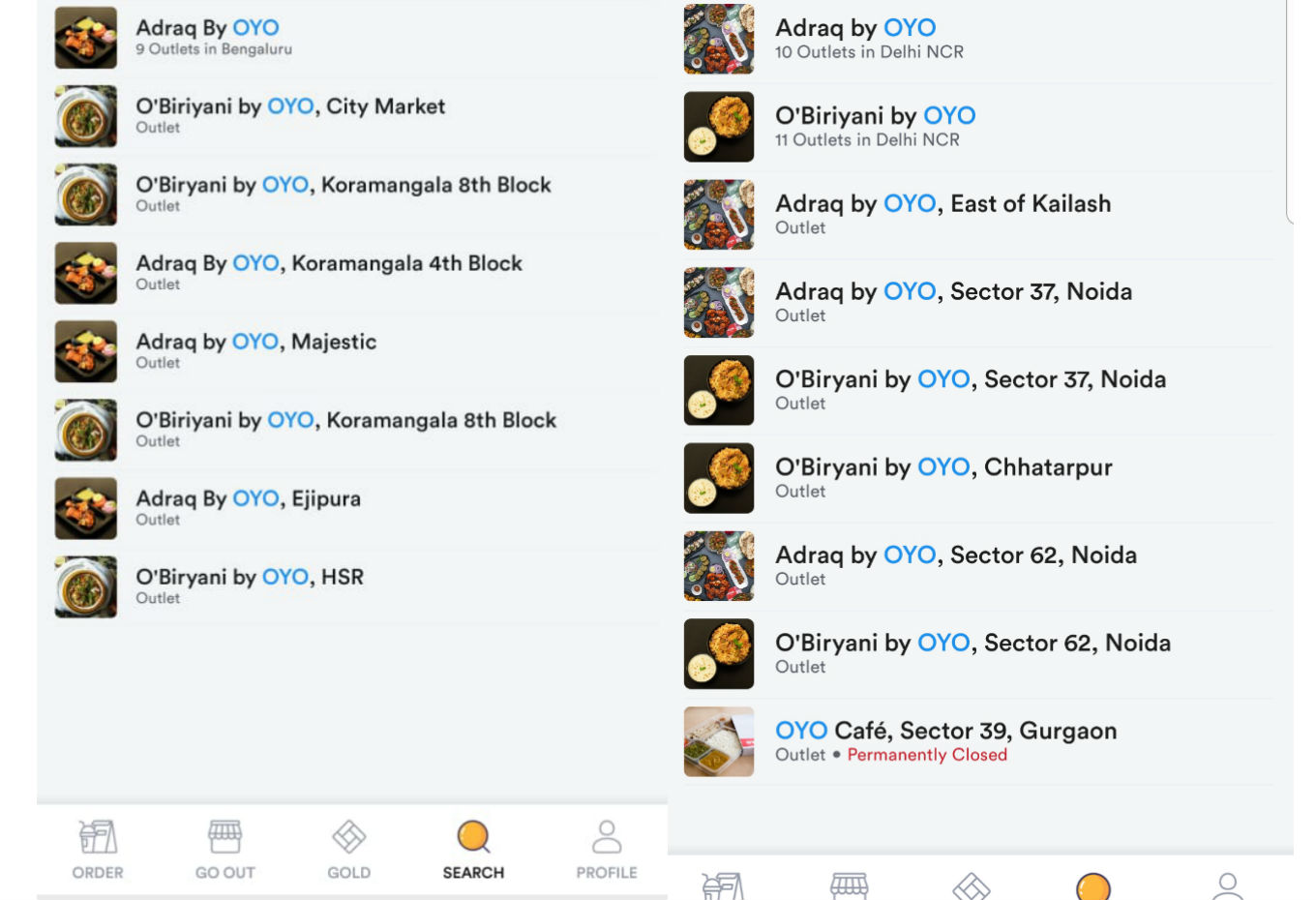 However, we also found a new product by OYO in the foodtech sector — OYO Food. The app, available on Google Play Store and works as an intermediary for food and beverages vendors who want to deliver to the associated hotels of OYO.

In an email response to Inc42, an OYO spokesperson termed the news as speculation. However, it is not hard to understand the reluctance of OYO in commenting on references for food after its failed attempt in 2015. At the time, OYO had launched OYO Café through which it used to aggregate kitchens from its listed hotels and sold them under its own brand name.

An Inc42 source confirmed the cloud kitchens project and said that it is running in a pilot stage. It is being called a very early stage project of OYO as the team is testing the use of its kitchens in hotels.

At present, under its full inventory control franchise model, OYO allows its guests to order from the hotel’s kitchen and therefore, has a full kitchen team. To enable the use of resources beyond the hotel, OYO has started with an experiment in a few hotels and is in a testing phase.

The source said that the team is unsure of the project and hence, may not even pursue it in the long run as it examines the possibility of growth in the segment.

OYO has received commitments of $1Bn last year including $100 Mn from China’s Didi Chuxing. The company recorded a 3.5x jump in revenue from its India operations and a 4.3x Y-o-Y global sales growth for the year ended March 2018. And hence, there is no stopping OYO anytime soon.