The businessman, Vikas Gupta has alleged in an FIR that OYO illegally terminated its agreement with him amid the pandemic and then levelled penalties on him 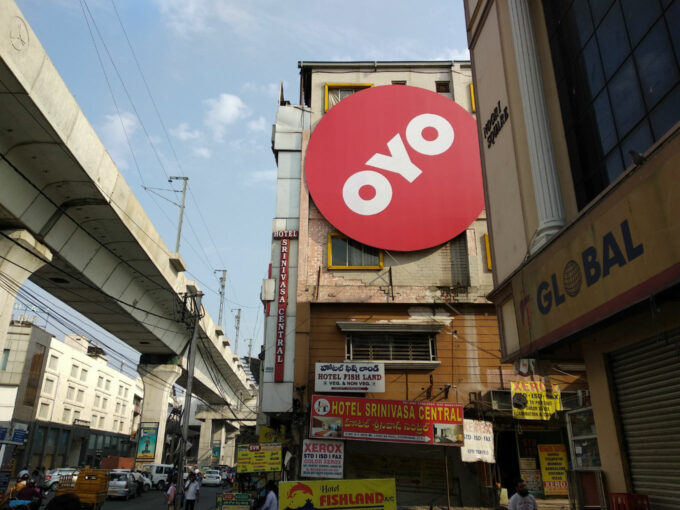 Hospitality chain OYO has refuted allegations made by a Chandigarh-based businessman Vikas Gupta, who claimed that the company had abruptly terminated its agreement with him and then asked him to pay penalties.

Earlier this month, Vikas Gupta filed an FIR against OYO founder and CEO Ritesh Agarwal, claiming that the company had illegally terminated its agreement with him. Gupta, in his FIR, alleged criminal intent on part of OYO.

According to Gupta, after OYO sent him a notice on March 16, asking him to submit a no-objection certificate and other relevant documents, it gave him just 15 days to comply, whereas according to the agreement, the notice time to be provided is 60 days.

Gupta has claimed that after he submitted the required documents in the stipulated time frame, instead of being paid damages by the company for illegally backing out of the agreement, he was sent a new notice by the company which accused him of criminal conspiracy and asked him to pay INR 5 Cr in penalties.

On Friday (September 18), Moneycontrol reported that the Federation of Hotel and Restaurant Associations of India (FHRAI) had backed Gupta’s claims, adding that close to 100 businesses had witnessed similar conduct from OYO.

However, OYO has refuted Gupta’s allegations, calling them an attempt to spread misinformation and malign the company’s global reputation.

In a press release, OYO has clarified that the matter pertains to a banquet hall, which was a part of the portfolio of OYO’s Weddingz business, and not a hotel. It added that upon entering into an agreement with venue partners and onboarding a property, as a policy to ensure compliance with all legal requirements, OYO’s business Weddingz.in maintains all necessary approvals, regulatory licenses and NOCs, among other documents.

“In this case, the complainant submitted only a few compliance documents and assured the company that the rest of the documents will be submitted in due course of time. However, despite several requests and follow-ups, the venue partner failed to submit the remaining documents, in breach of OYO’s agreement and due diligence and therefore the contract was terminated,” said the company’s press release on the issue.

An OYO spokesperson has said that both parties involved have appointed arbitrators in the matter and as such, the matter is civil and commercial in nature with no criminality involved. “OYO has and will continue to refute baseless and publicity-oriented claims made against the company’s founder and other executives,” the spokesperson added.

The spokesperson has maintained that since the matter is sub judice, the merits of the specific allegations against the company — that it demanded penalties worth INR 5 Cr from Gupta — can’t be clarified. “We can confirm that we have followed all terms as per the contract signed by both parties,” the spokesperson said.