Six Months After Raising $250 Mn Led By SoftBank, Hotel Aggregator OYO Is On The Hunt For Another $800 Mn

Six Months After Raising $250 Mn Led By SoftBank, Hotel Aggregator OYO Is On The Hunt For Another $800 Mn 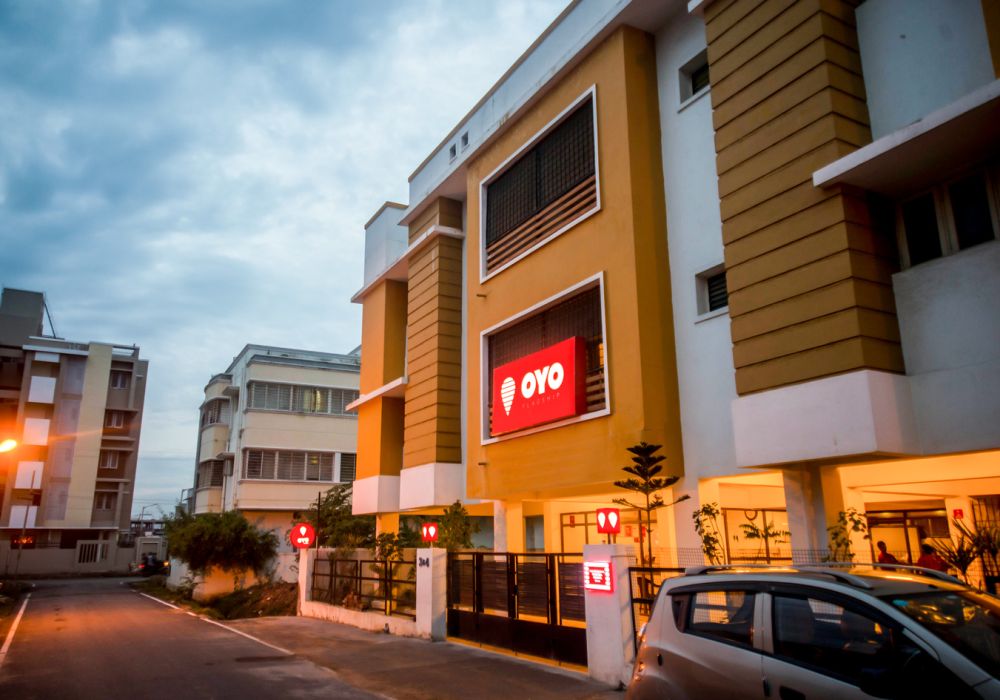 A week prior to that, the hospitality startup made headlines for raising a massive $250 Mn Series D funding led by SoftBank through its SoftBank Vision Fund at an estimated valuation of $850 Mn. The round also saw the participation of existing investors Sequoia India, Lightspeed Venture Partners and Greenoaks Capital.

As per the latest reports, Oravel Stays, which owns and operates OYO, has initiated talks with existing investors including SoftBank Group and two new investors, with the aim of raising fresh funds to strengthen its presence in India.

According to sources, the fundraise would also enable the hotel aggregator to accelerate its international expansion. If the deal materialises, it will likely catapult OYO to the status of a unicorn, people close to the development added.

A Look At The Past Fundings Raised By OYO

Founded by Ritesh Agarwal in 2013. OYO currently operates over 70,000 rooms in 230 cities across India, Malaysia, and Nepal. It manages about 16,000 rooms in 900 exclusive hotels in South India, spread across Karnataka, Andhra Pradesh, Tamil Nadu, Telangana, and Kerala.

In the quarter ending June 2017, the company claimed to have witnessed the highest grossing months. The total booking value for this period was a little less than $100 Mn.

OYO originally raised funding from VentureNursery and a Seed round from Lightspeed Venture Partners and DSG Consumer Partners in 2014. Later in October 2014, it raised $4.6 Mn (INR 30 Cr) from Sequoia Capital at a valuation of $100 Mn.

Gaining A Stronghold Through International Expansion And New Partnerships

While the branded budget-hotel marketplace marked its international entry in January 2016 with a foray into the Malaysian market, OYO reportedly ventured into Nepal in May last year. While it launched operations in China late last year, the company is now eyeing to enter the markets in the UK and the US, sources have revealed.

Later in August 2017, the company launched OYO Asset Management, a service geared towards building a nationwide network of hotels through partnerships with real estate asset owners.

As part of the service, the hotel booking platform turns all types of properties into modern, fully-furnished hotels under its brands OYO Townhouse, OYO Rooms, and OYO Flagship.

A couple of months later, in October, travel search engine Yatra announced a partnership with OYO to expand its total hotel inventory. Towards the end of 2017, in December, the SoftBank-backed hotel aggregator shifted its business model from hotel aggregation to franchise. It now runs pure-play franchise business allowing hotel partners to run under the OYO brands.

Another milestone was when MakeMyTrip renewed its partnership with the company, which after two years of delisting OYO. Under the partnership, OYO’s chain of hotels will be listed and available for booking on MakeMyTrip and GoIbibo portals.

Most recently, in the third week of March, the Gurugram-based hotel aggregator announced the acquisition of Chennai-based service apartment operator Novascotia Boutique Homes. This came days after OYO announced its acquisition plans both internationally and in the country.

OYO is currently involved in a courtroom battle with its failed acquisition, ZO Rooms. Recently, a Gurugram-based district court rejected an arbitration petition filed by budget hotel aggregator ZO Rooms against the company on the grounds that it lacked jurisdiction.

In 2016, OYO had signed a term-sheet to acquire the assets of ZO Rooms. However, after a long delay, the deal was called off. In February 2018, OYO filed a criminal case against ZO Rooms stating alleging continuous inconvenience and harassment by Zo Rooms founders.

If OYO is successful in raising the speculated $500 Mn-$800 Mn funding from existing investors like SoftBank as well as new backers, it could stand the chance of further increasing its revenue and decreasing its losses, by charting a strong international presence.

OYO shared with us its official statement on the matter, adding, “We clearly deny any rumours around OYO raising fresh investment at this point in time. We are well-capitalised with $250 Mn in investment and currently focused on our growth story in India and new launches in Malaysia and Nepal. We are happy to be the global pioneer of the full-stack hospitality model and wish to take it to new markets, but are currently focused on deepening our market share in India and driving a valued experience for our customers and asset partners.”