Important Movers And Shakers Of The Week [Dec 16-21]

Important Movers And Shakers Of The Week [Dec 16-21] 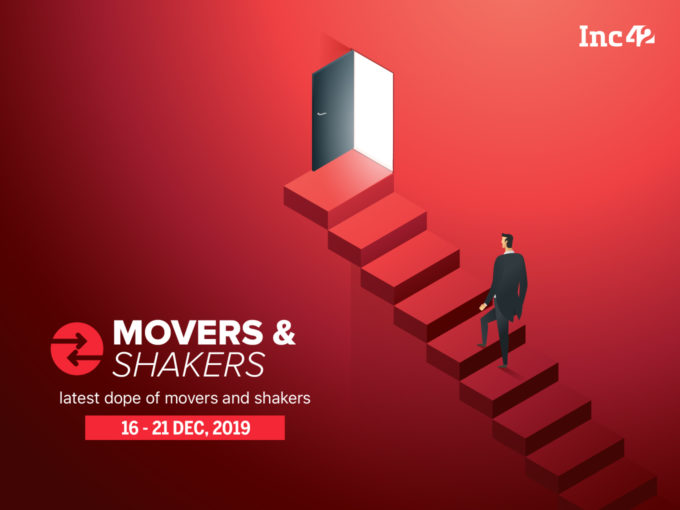 Gurugram-based hospitality unicorn Oyo Hotels & Homes has appointed Ankit Gupta as the chief operating officer and senior vice president of frontier businesses of OYO India and South Asia. At his new role, Gupta will be leading Frontier Businesses at OYO, that will further help Oyo to strengthen its capabilities.

Gupta is an alumnus of IIT Bombay with a bachelor’s degree in mechanical engineering and masters degree in computer-aided design. He joins OYO India & South Asia from McKinsey & Co where, as a tenured Partner, he was the global leader of their real estate transformation practice with a mandate to drive P&L impact improvement for real estate clients.

Abhishek Mohan has joined the core team of T9L as cofounder and chief growth officer. At his new role, Mohan will focus on portfolio growth, funding, inorganic growth via mergers and partnerships, and revenue growth.

Mohan is also the cofounder and director at HempStreet India and is an active member on the boards of several startups such as Salarium.com and Sinitic.ai.

Founded in 2015, Technology 9 Labs aims to support entrepreneurs and enhance their chances of getting successful by offering proven pooled resources.

The appointment of Srikanth which will commence in early January 2020 will further strengthen Infibeam’ top leadership team with the focus to optimise its digital payment and platform business globally.

Srikanth brings with him an extensive experience of over 30 years in leading corporate finance, investor relations, large funding, mergers and associations and end to end execution of financial planning and analytics roles.

Association of NBFC peer-to-peer P2P lending platforms has appointed a new set of office-bearers. Rajat Gandhi, founder and CEO of Faircent has been appointed as the president of the NBFC-P2P Association.

Prior to Faircent, Gandhi has held senior positions at Performics and Zed Digital. He was also associated with the Times Group for over 14 years.

Manisha Bansal, cofounder of i2iFunding, has been appointed as the vice-president of NBFC-P2P Association. Notably, she is also the cofounder of AIM Technical and Management.

Prior to her journey as an entrepreneur, Bansal has worked for over five years with Birla Sunlife Insurance. Bansal is a Chartered Accountant and brings with her over 10 years of domestic and overseas work experience in various fields.

She has also worked in the past with NGOs like CAT Protection and The Studio, ADHD Centre in the UK overseeing finance and treasury activities

NBFC-P2P Association has also appointed Rajiv Ranjan, founder of PaisaDukan as the secretary of the association. Prior, to his entrepreneurial journey, Ranjan was working with Welspun Group as a senior general manager.

IN past, Ranjan has also worked with IT giant Infosys, Bank of America, and Blue Star Infotech. He is an alumnus of the prestigious Indian Institute of Management – Calcutta.

Bhavin Patel, founder of LenDenClub also joined the office of the NBFC-P2P Association as a treasurer. Patel is also the cofounder of Span Technologies and CEO of Micro Capitals.

Previously, Patel has worked with Mandhana Industries Limited and Electronic Finance Limited as a fundraising professional.

The Association of NBFC P2P Lending Platforms acts as a representative for the country’s P2P lending industry.