Overcart.com Raises Series A Round Of Funding From Serial Investor Krishnan Ganesh

Overcart.com Raises Series A Round Of Funding From Serial Investor Krishnan Ganesh 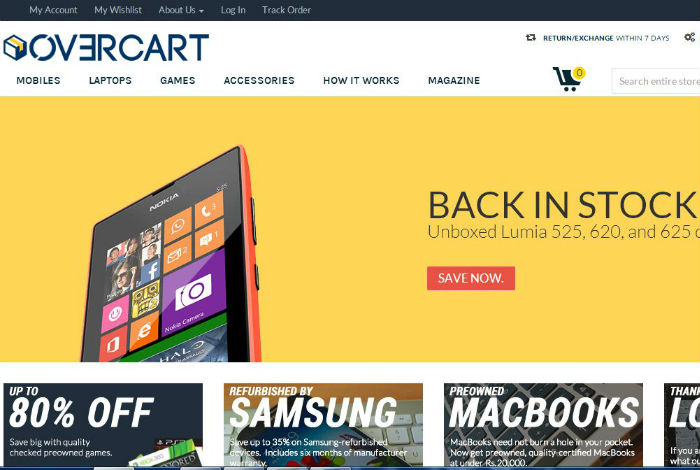 Overcart.com, previously knowned as Bootstrapp has raised funding from serial investor Krishnan Ganesh. Though the amount of funding has been left undisclosed, but K. Ganesh typically invests $500,000 and $2.5 Mn in early stage startups for a minority stake.

Founded in 2012 by Alex Souter and Saptarshi Nath, Overcart is an online marketplace for over-stock, unboxed, refurbished, and pre-owned products. It had previously raised $25,000 from GSF Accelerator, where it was incubated, and a group of angel investors.

Overcart’s business model is a mix between Overstock-.com in the US and China’s Alibaba. It is an online premium re-commerce company that helps customers buy and sell quality-certified, pre-owned, new, unboxed, refurbished, factory seconds, surplus, overstock and carton damaged products. One can find gadgets and video games from leading brands such as Apple, Samsung, Nokia, Kodak, and Nikon.

“While e-commerce has taken off quite successfully over the last few years, it is the derivatives of e-commerce, such as Overcart that are now taking off, and where one can expect the next wave of investments,” said Ganesh.

The company has recently launched a new and responsive web theme that works well on mobile and tablet devices, it gets over 30% of its visitors from mobile.

This investments is made through K.Ganesh and his wife and co-investor Meena’s investment platform GrowthStory. K Ganesh will be joining the Boards of the company.